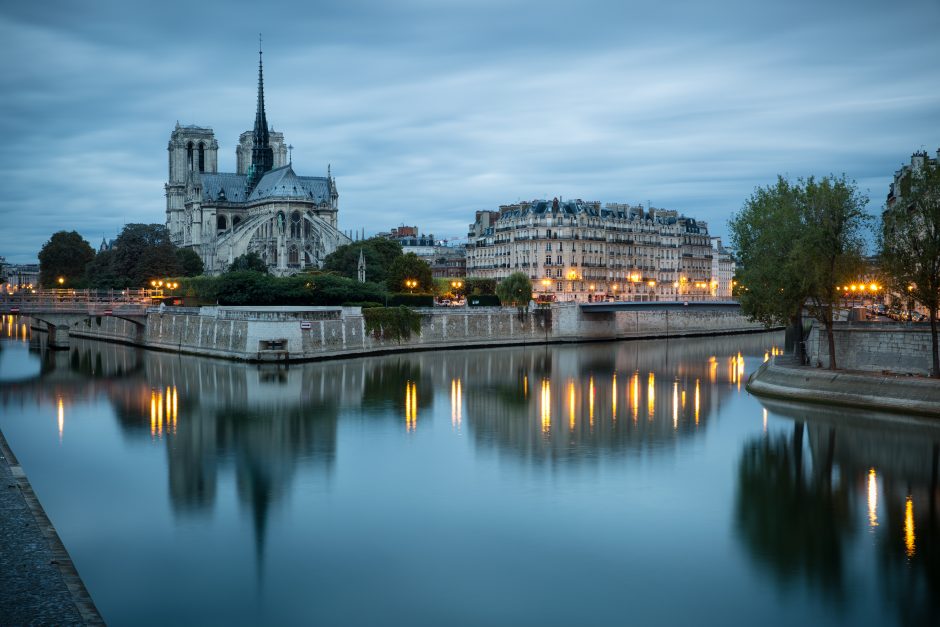 The first time I visited was in 2002 as a young, impressionable foreign exchange student living in Spain. One of my classmates and I decided to head to Paris for a long weekend to meet up with another one of my friends who was living in France. Fortunately, she spoke French because I was at a loss all weekend with my extensive Spanish but little-to-no French conversational skills. But you know what? It didn’t matter. I fell in love with the vibrant city and have been fortunate enough to return multiple times since then.

These days, Paris holds some very special memories. Will and I were engaged next to the Eiffel Tower in February, 2014 and we recently celebrated our one-year wedding anniversary in September. Where else could we go if not Paris?!

But sentimentality aside, Paris is a beautiful city that gets under your skin and draws you in over. And over. And over again. While it is ideal to spend at least a week wandering its streets, I’ve been able to pop in and out for various weekend trips while traveling to other places in Europe. Of course, when you only have 48 hours, it can be tough to decide on an itinerary. I don’t believe in mashing everything into two days just because and instead prefer to focus on a few bits every time. Guess that means you’ll have to go back again!

Read on for my perfect 48 hours in The City of Lights. Enjoy!

Let me be straight: Hotel Esmeralda isn’t for everyone. If you prefer modern hotels with spacious rooms and a flawless infrastructure, Esmeralda is not for you. But if are more interested in a charming, history-filled, adorable old building with a kick-ass location, consider this spot. Will and I stayed at Esmeralda back in September and we both fell in love with it! 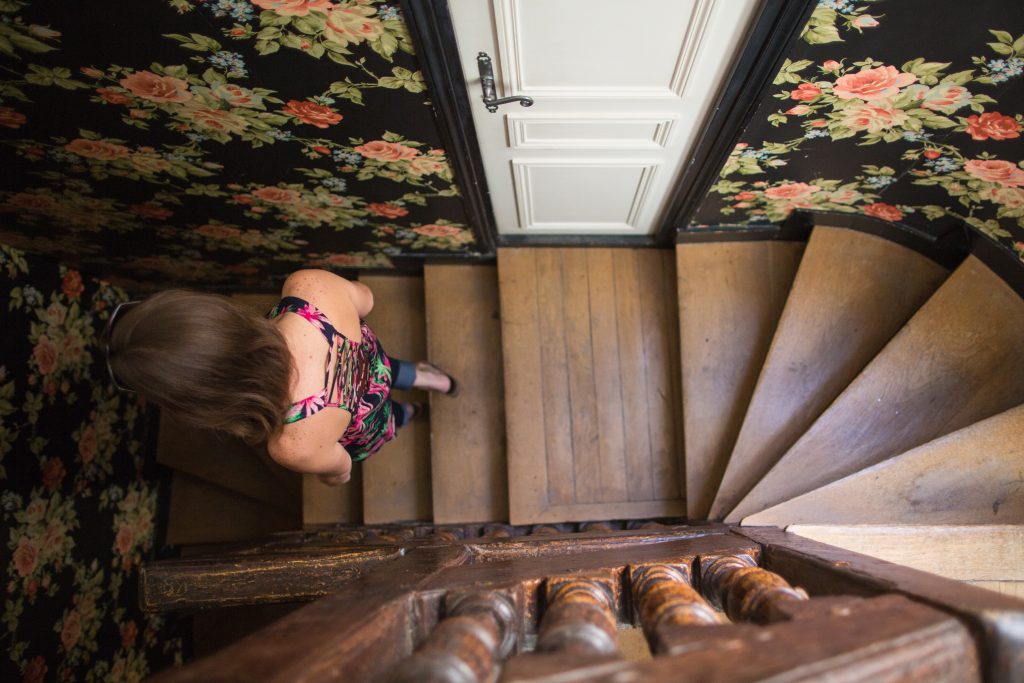 PC: Will Rochfort. And yes, I coordinated my top with the wallpaper

Built in 1640, this building is old but that is part of its charm. There is no elevator; instead, a very narrow, windy staircase carries guests up multiple flights of floors. The hallways are beyond narrow and Will and I struggled to fit our large {shared} rolling duffel through the doorway. But the style is very French Provincial and the wallpaper was so damn cute and quirky. While dated and creaky from years of use, the rooms are very clean and well kept. Character is spilling out of this place.

Esmeralda is located directly across the river from Notre Dame {literally 100 yards}, so the views are incredible. 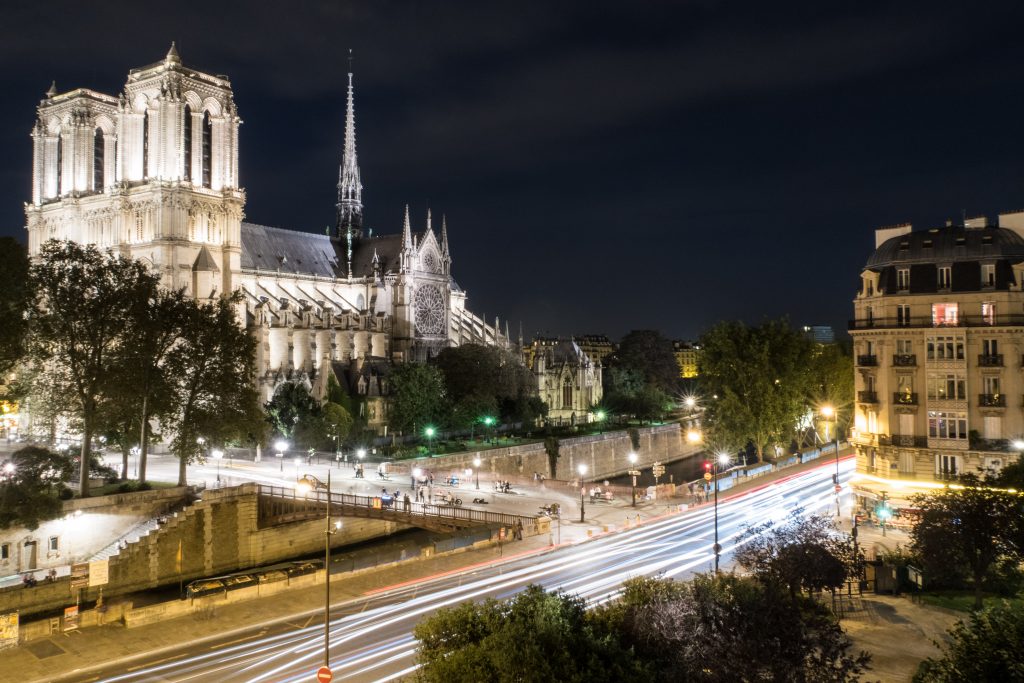 I snapped this while hanging out of our hotel window

I’d highly recommend snagging a top floor room if possible, and I heard #12 is the best. We lucked out and got a top floor room and the views of the cathedral were absolutely breathtaking. Added bonus: the hotel is in the Latin Quarter, one of my favorite neighborhoods in Paris. If you stay here, you’r just a few steps from a whole lot of restaurants and bars!

Friday: A Late Dinner in the Latin Quarter 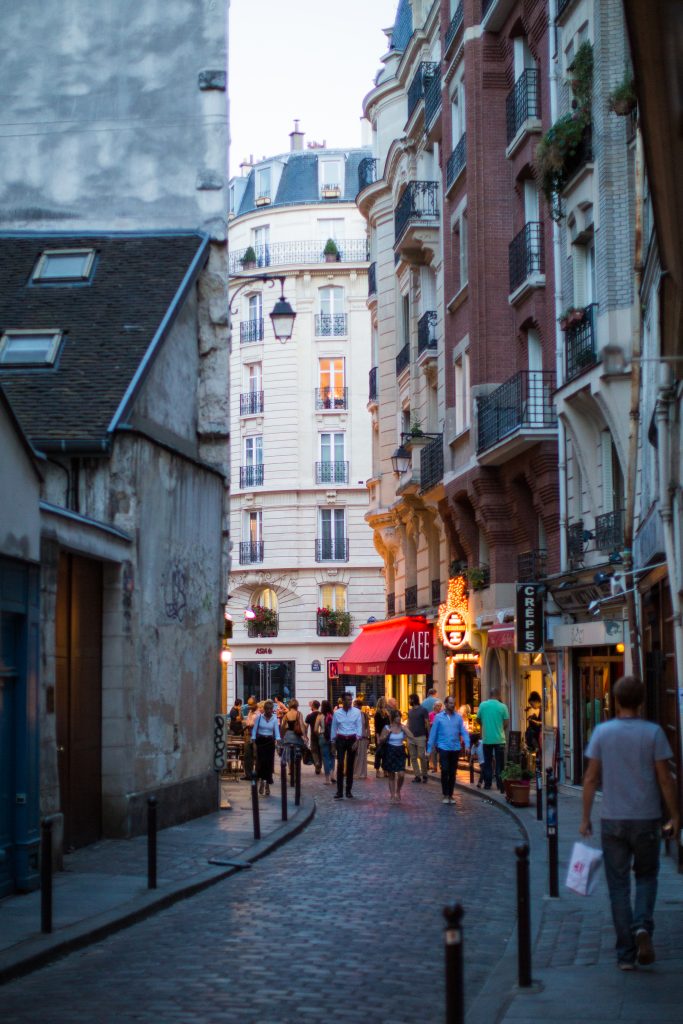 Did I mentioned Esmeralda is just a hop, skip, and a step from the Latin Quarter?! Many argue that the Latin Quarter has been gentrified, losing a lot of its character from past years. And while that may be true, I still love this neighborhood! Filled with cafes, bistros, bookstores, and fancy-as-hell students, the Latin Quarter has a unique Bohemian vibe that I adore. Once you check into your room at Esmeralda, walk out the front door, take a right turn, and adventure into the depths of the Latin Quarter for a late dinner. If you’re into seafood, seek out one of the moules-frites dinners. Parisians love to pair mussels with french fries and it is tasty!

Once you’ve slept off a bit of your jet lag {unlikely!}, get dressed and head outside for a day of walking! First things first: grab some breakfast! Esmeralda is located smack next door to Shakespeare & Company, the best bookstore on the planet. You can grab a quick {but overpriced} breakfast at the Shakespeare & Company Cafe {attached to the bookstore} or at a nearby cafe. Either way, swinging through this English-language bookstore is a must if you love literature! 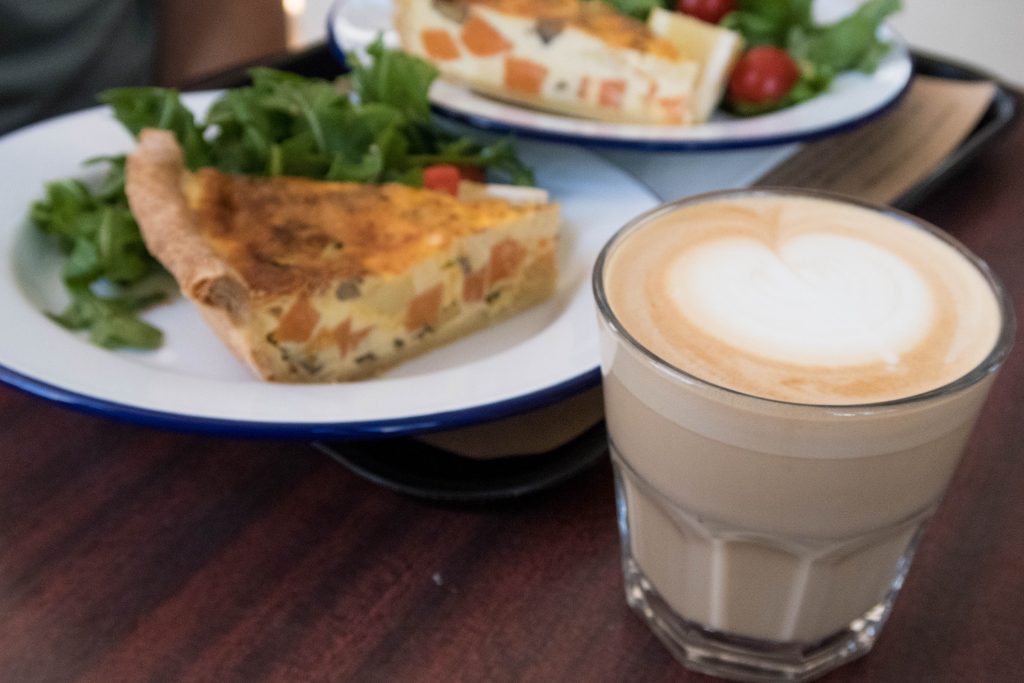 Founded by American George Whitman in 1951, the building is much older and was originally a monastery in the 17th century. It became a gathering spot for writers and continues to be a hub of letters to this day. The bookshop is known for its “Tumbleweeds”: individuals who roll through town and end up sleeping at the store. For the lodging, only three things are asked of a Tumbleweed: read a book a day, help out at the store for a few hours every day, and write a one-page autobiography.

Whitman passed in 2011 and his daughter now runs the shop, but Will and I still love the cozy atmosphere. We make a point to purchase a new book for our collection every time we visit. In September, we grabbed a hardback copy of Hemingway’s A Moveable Feast. I’m looking forward to reading it this winter! 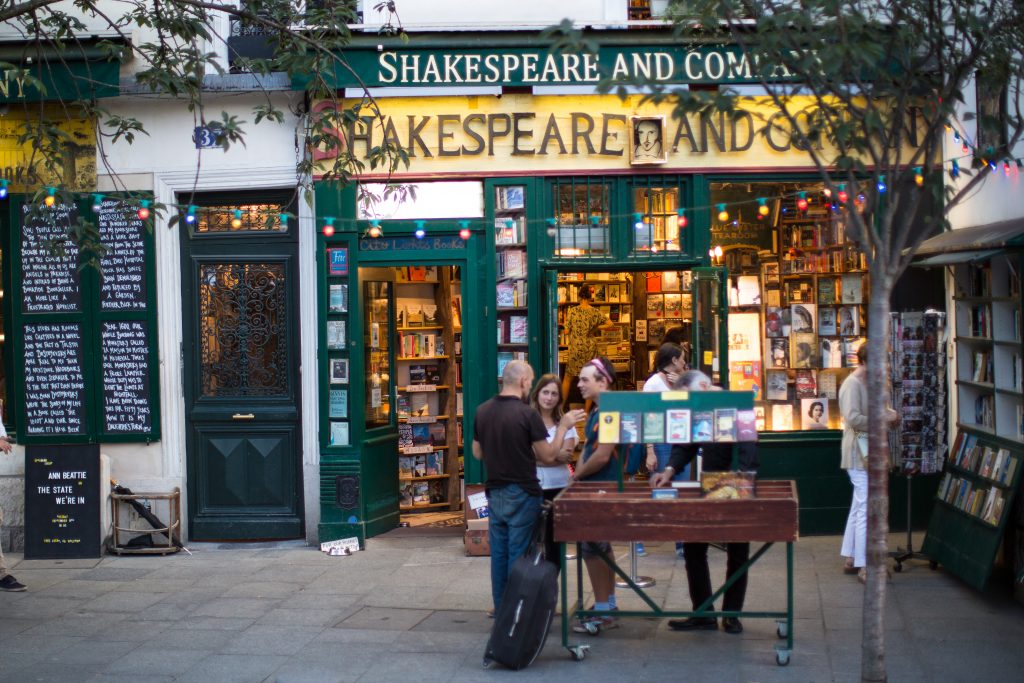 Once you’re done at the bookstore, crossed the river to check out a noon mass at Notre Dame. If you aren’t Catholic {I’m not}, it is still a worthwhile experience. The building itself is beyond beautiful and the architecture is absolutely breathtaking. Most people know the cathedral thanks to The Hunchback stories, but really save some time to hang out in the square and admire the building. I love the gargoyles spotting the outside perimeter!

After lunch, walk down the river and spend a few hours at the Musee d’Orsay. Yes, I know: I didn’t say the Louvre! Truthfully, both museums are beautiful but the Louvre can be absolutely overwhelming with its EIGHT MILES of corridors to wander and thousands upon thousands of people. Of course, the art is beautiful but I would recommend visiting the Louvre when you have more than 48 hours. Instead, pop into the d’Orsay. This building is filled with Impressionist art and most of the known stuff is on the fifth floor. My personal favorites are the ballet paintings by Degas; can’t get enough!

Once the sun begins to set, catch the Metro or walk down to the Eiffel Tower. I’ve heard that Parisians dislike the tower at night but I think it’s beautiful! Pay the money to hike up to the viewing deck, and I’d encourage you to buy the second ticket that gets you on the elevator to the top floor. The views from the top are stunning and it is pretty cool to see where Gustave Eiffel lived {he designed the tower with a private apartment for himself at the top.} 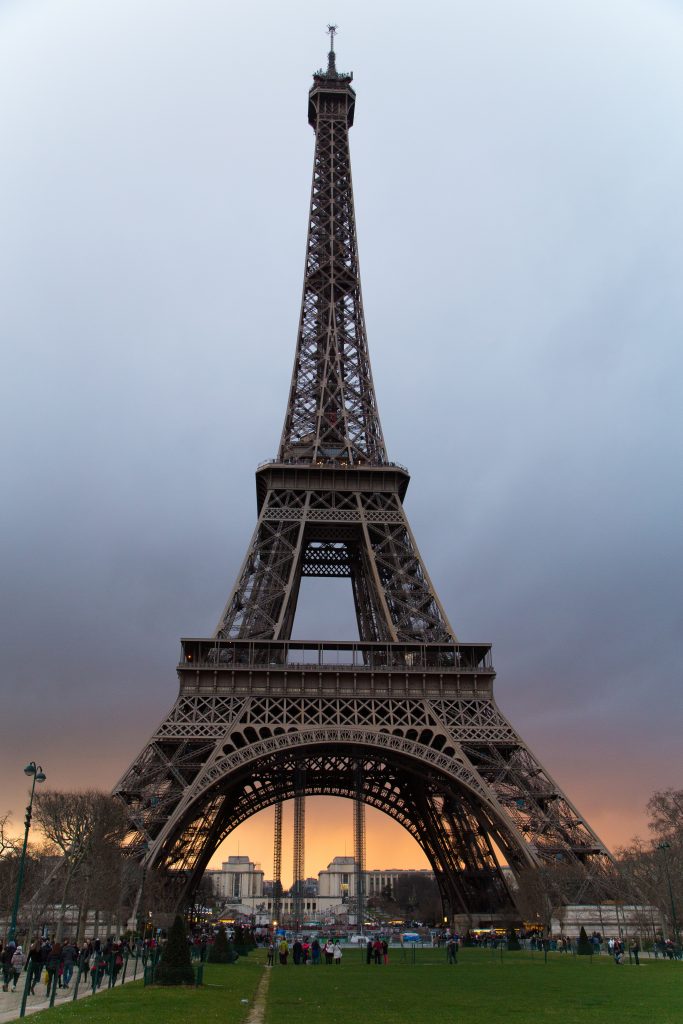 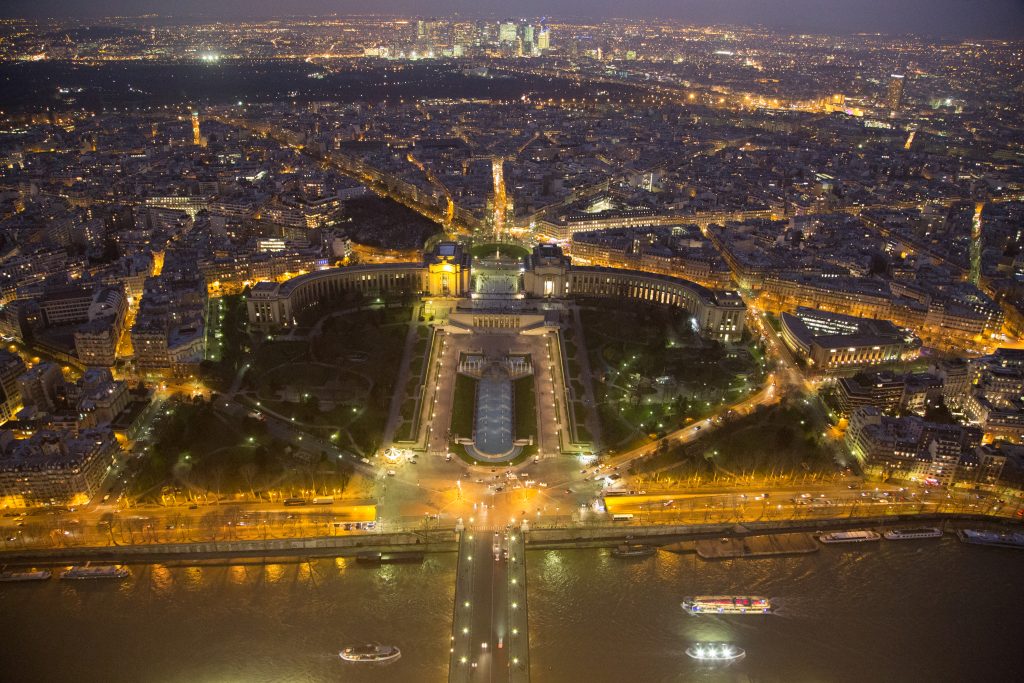 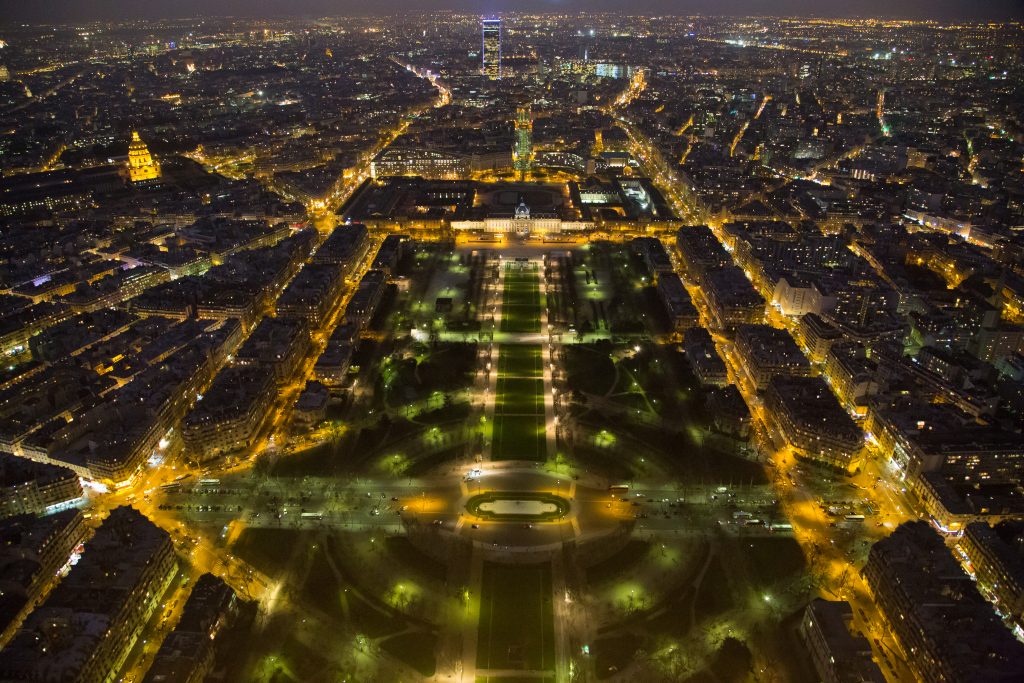 For dinner, I’m going to give you two suggestions: Le Volant or Ciel de Paris.

Le Volant is what I would imagine a traditional French restaurant to look like at the turn of the century. It’s a single room, packed with tables that are very close together. The room is filled with riotous conversation and laughter but the food itself is cozy, warm, and incredible. There are tons of wild game options with copious amounts of wine, so this isn’t a place you want to go for a cup of coffee or a small dessert. Go big or go home!

Your other option is Ciel de Paris. This dinner won’t be cheap, but the views from the top of the Montparnasse Tower make the sticker shock worth it. More than anything, we were impressed by the service! After our engagement, our hotel concierge spent a lot of time trying to nab us a celebratory reservation for dinner. He recommend this place, called ahead, and Will and I were treated to one of the best evenings either of us can remember! The wait staff was beyond friendly and the manager spoke enough English to entertain us with stories from his various trips to Florida for some techno raves {yes, seriously!} They even brought us a celebratory bottle of champagne along with a handful of desserts to say congrats on our engagement. It’s been almost three years since we last ate at this spot, and we both remember it dearly.

After a busy Saturday, I prefer to lay a little low. Wake up in Esmeralda and walk through the Latin Quarter up to the Jardin du Luxembourg. This beautiful park is full of people lounging in the sun, sipping on coffee, and chatting with friends. Will and I love to grab some crepes with nutella before settling underneath a tree to devour them. Truthfully, this park has some of the best people watching I’ve experienced! We parked it under a tree for a solid two hours this past September, simply watching people and enjoying the scenery. 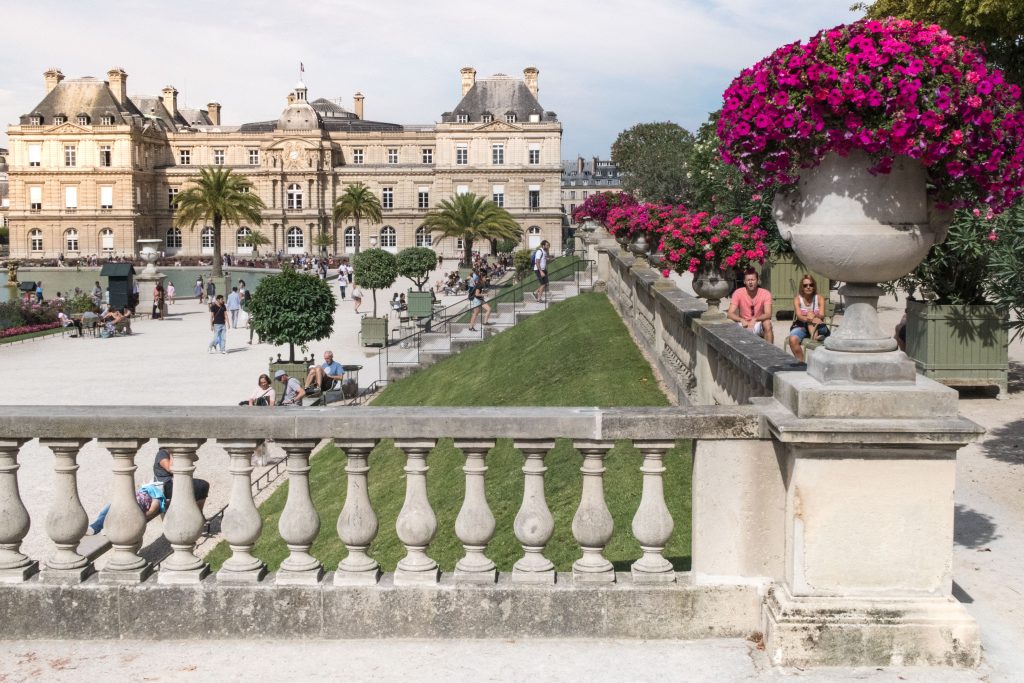 In the afternoon, I’d suggest making the trek out to the Sacre Couer basilica in the Montmartre neighborhood. Construction began in 1875 and finished in 1914; can you imagine watching a building go up over the span of 40 years?! 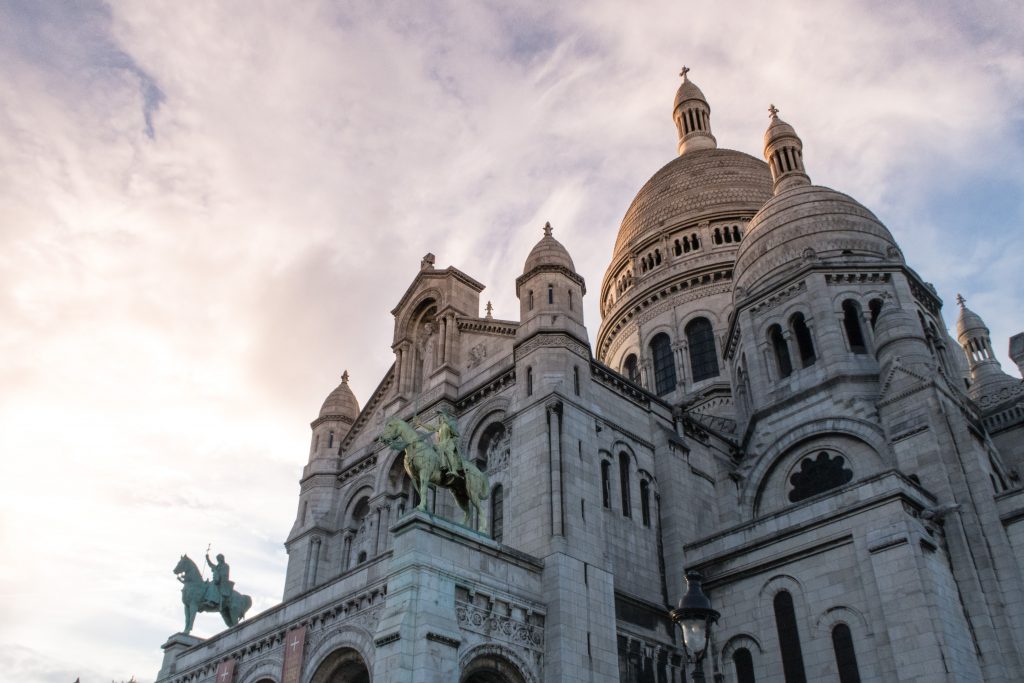 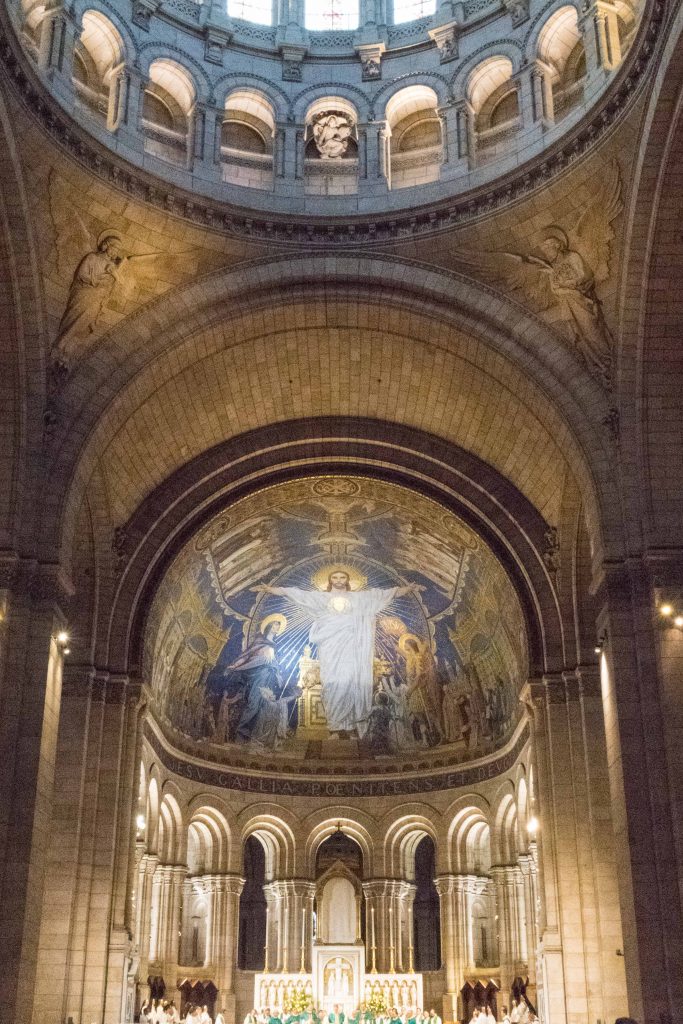 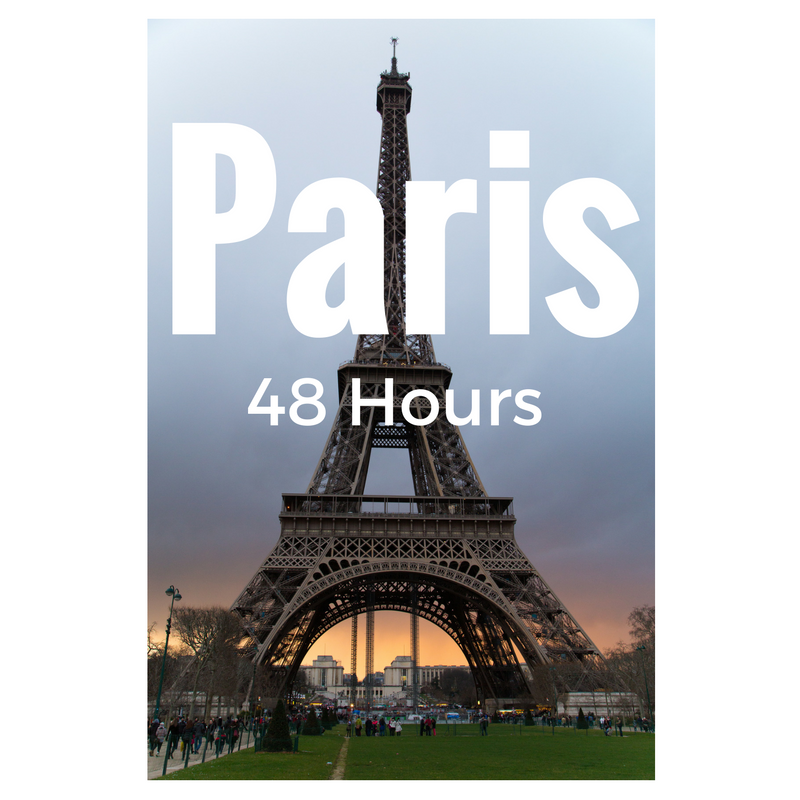 Have you ever been to Paris? What would you add to your dream itinerary?

The Spirit of the Holidays: Let’s Help Pine Ridge