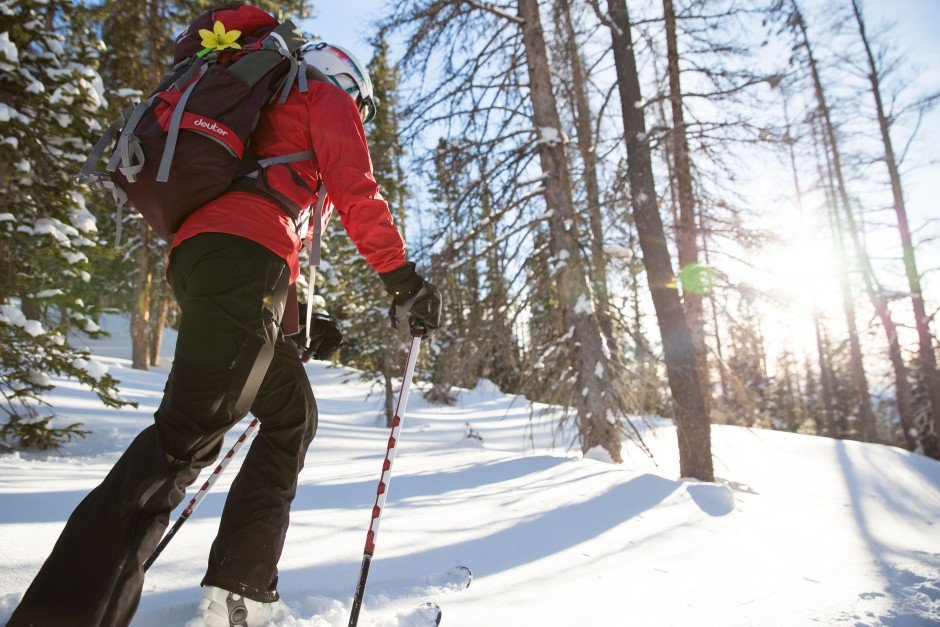 Thankfully, we were able to snag one weekend at Clark Peak Yurt, a new-to-us shelter in the system. It was the weekend before Christmas so everyone was busy, making for a late departure to the trailhead. As it was, Will, Greg and I arrived at the trailhead at 10pm on Friday night. Rachel and Danny would’t be there for another 30 minutes. We were skinning in by moonlight! 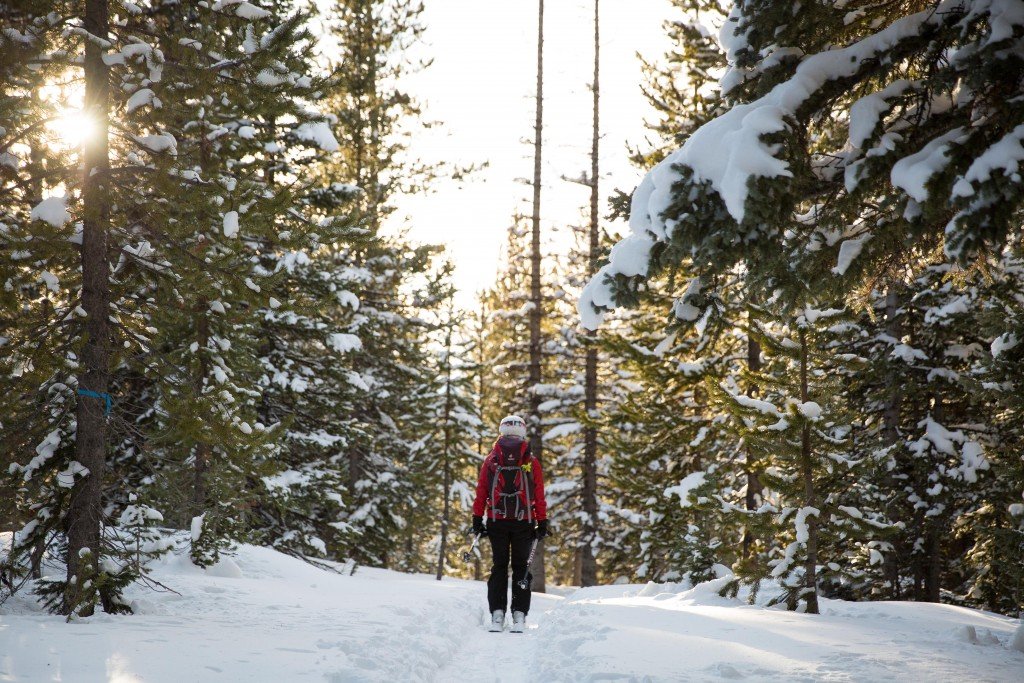 Photos by Will Rochfort

As we drove through the Poudre Canyon, I nervously watched my car’s temperature gauge drop…and drop. By the time we arrived at the parking lot, the numbers had risen to a balmy 5 degrees. Even though I know better, I layered up in ALL THE LAYERS. It’s one thing to know you’re going to be sweltering within five minutes, but it’s entirely another to get out of a toasty car into a sub-freezing environment. I’d shed clothes later!

The skin into the yurt was stunning. As with all the Never Summer Yurts, it was an easy two miles with ~600 feet of gain. The moon was out in full force, lighting our way so we could ski without headlamps. And of course, I warmed up within minutes! It was perfect. It made me wonder why we don’t have moonlight adventures more frequently! 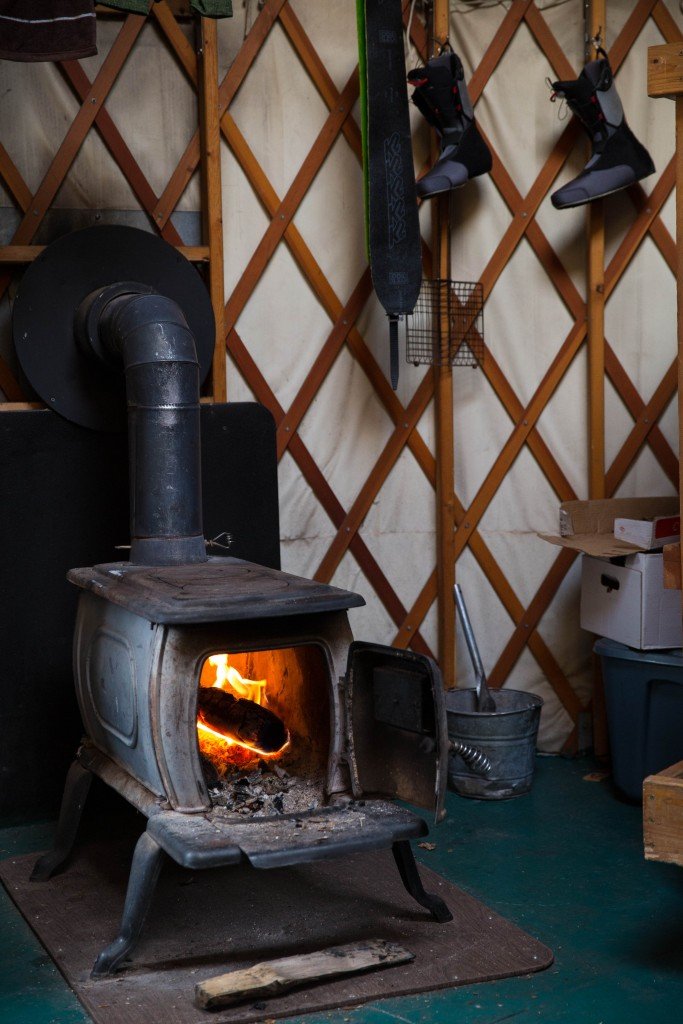 Knowing that Rachel and Danny were arriving even later than us, we set to work in warming the yurt upon our arrival. Each yurt has a wood burning stove but since it isn’t on when people aren’t in the yurt, it was flipping cold. {My hair was a mass of frozen icicles. Once they melted, I had a tiny puddle on the floor!} I’m pretty decent at starting a fire, so I got the fire going while Greg and Will shoveled the snow outside. At least a foot of the fluffy stuff had arrived during the week, and no one had visited the yurt since it fell. It was a winter wonderland outside– but we needed a path to the outhouse!

Rachel and Danny eventually arrived and the yurt warmed up. We climbed into our cozy beds, warm and snug, dreaming of the next day’s adventures. 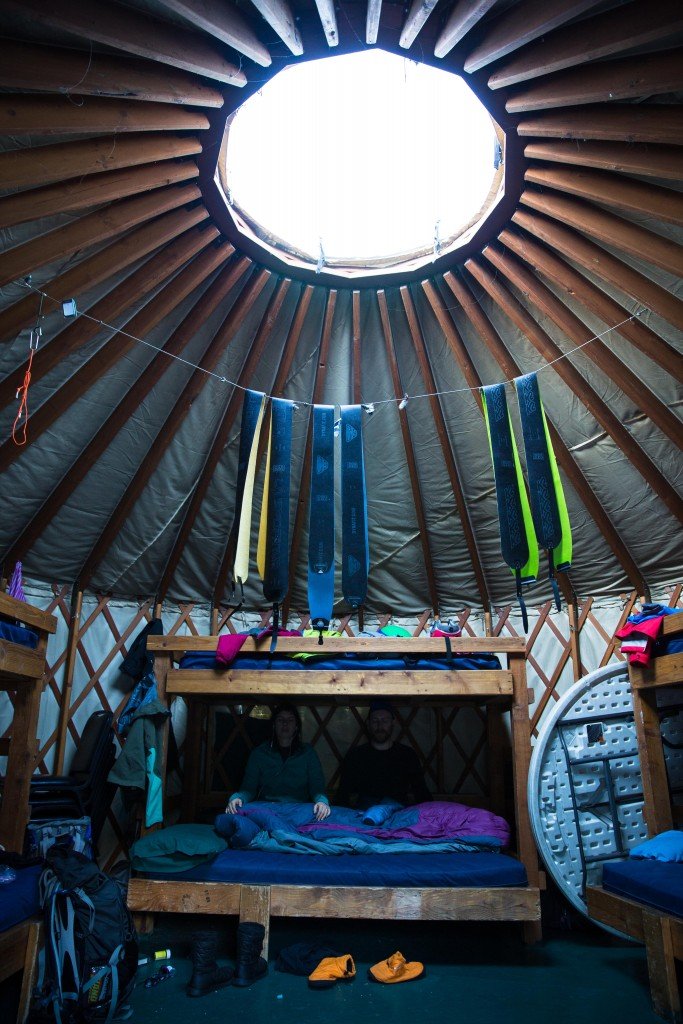 We awoke to a beautiful day on Saturday! The sky was blue and while it was a bit chilly, it was perfect for skiing. We quickly ate our respective breakfasts, drank our coffee, and loaded up our packs for the day. Beacon? Check. Shovel and probe? Check. Snacks for days? Got ’em! 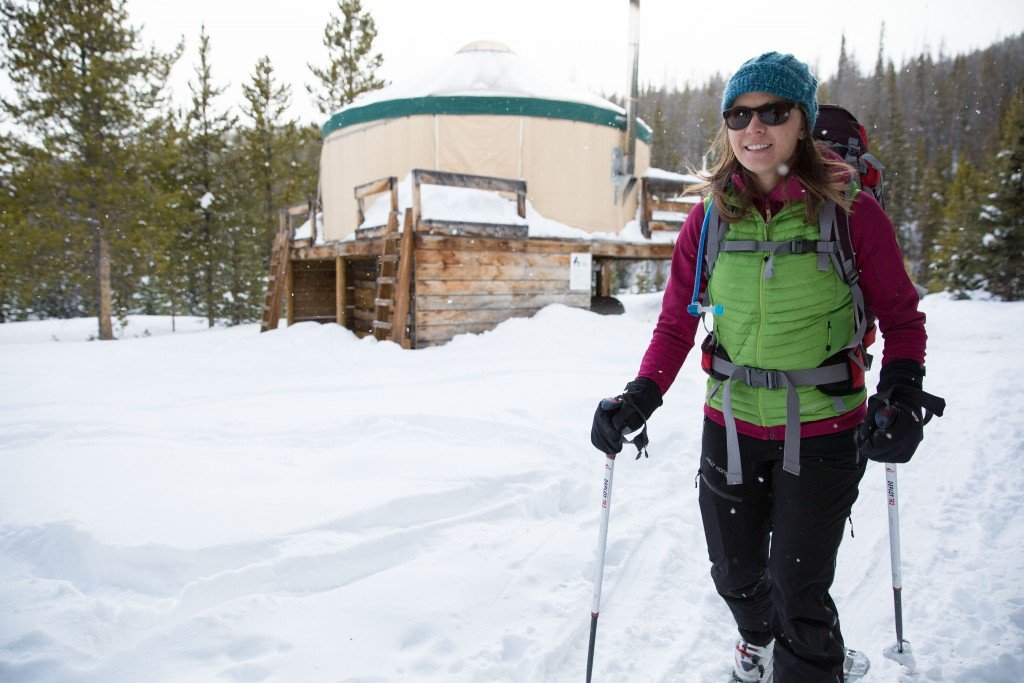 We left the yurt with plans to make it to Jewell Lake. On the trail, it is only 2.25 miles from the yurt to the lake, but it does have a daunting 2,000 feet of elevation gain. We were halfway to the lake when the trail petered out; apparently, others before us had decided that breaking a trail was too much work and turned around! We were having a great day though, so we powered on with Danny and Will breaking trail on their skis. Greg was the only one in our group on snowshoes, so we ended up moving him to the back of our herd. The incline grew incredibly steep and the powder was amazingly deep; the snowshoes were struggling! 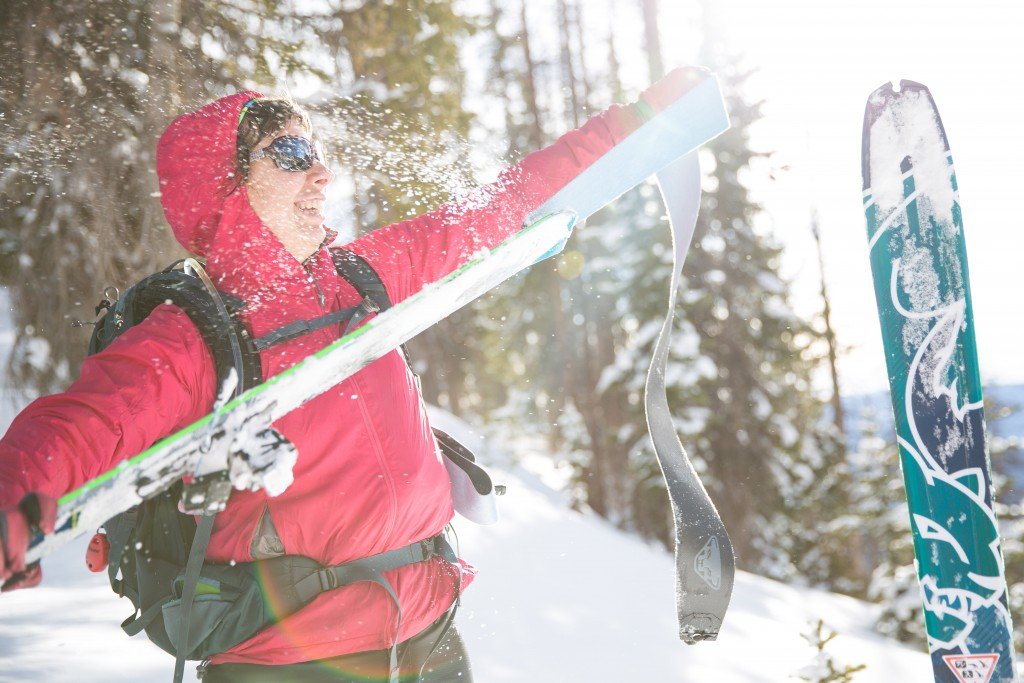 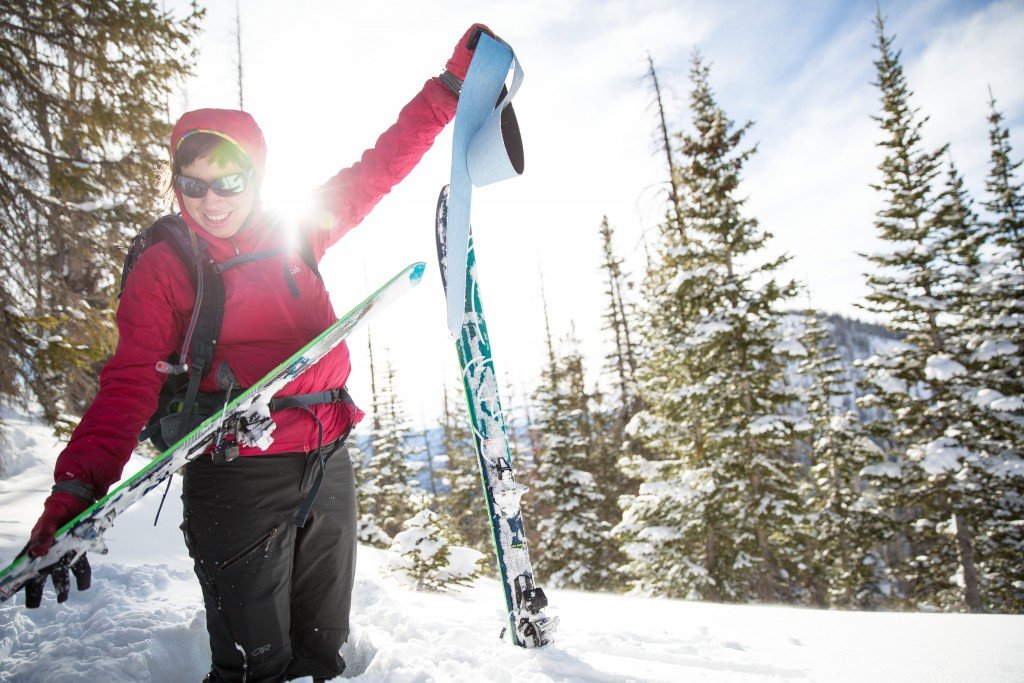 After a few hours of breaking trail and route finding, our posse agreed that the lake would wait until another time. We had passed a nice, low-grade slope a few minutes back; why not ski there? 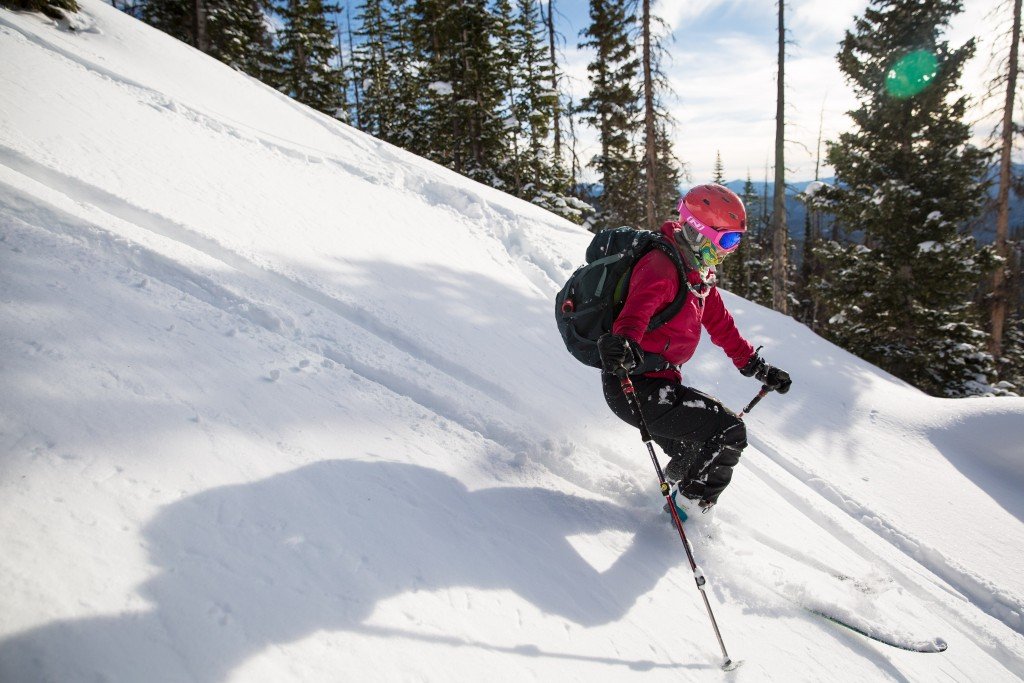 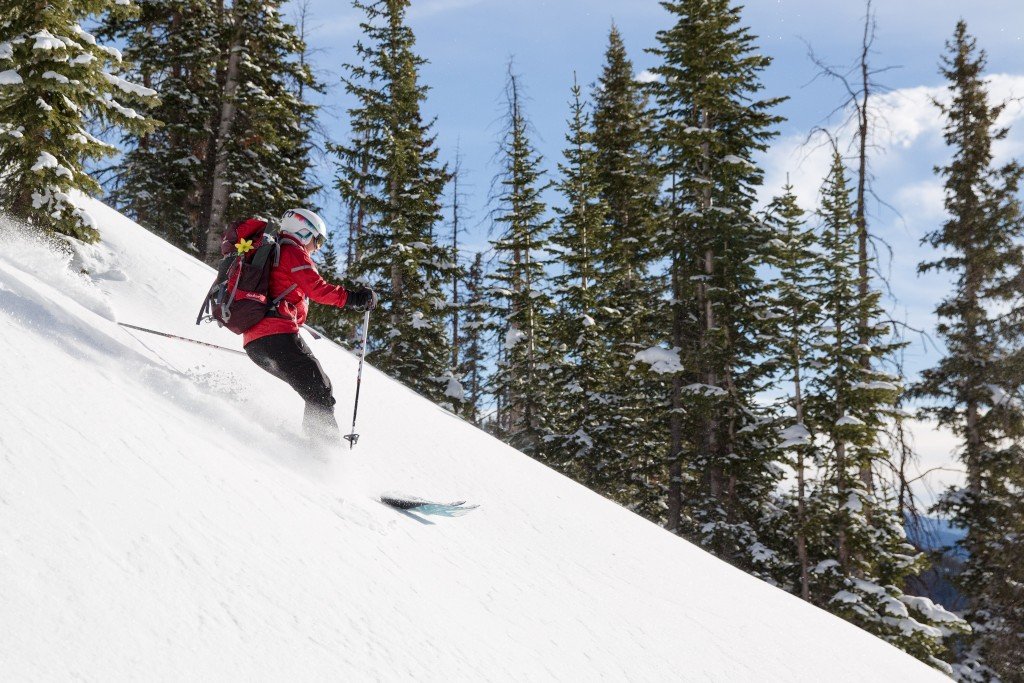 One day, I won’t be a backseat skier. Until then…

Sure enough, our tranquil hillside was perfect! It had a few cliffs if anyone was feeling sassy, but otherwise, it was a safe-and-powdery slope. We removed our skins from our skis and enjoyed some playtime. Others may prefer the hard, steep lines of burlier mountains, but we had a great time on our 100%-safe slope. No worries about avalanches there! 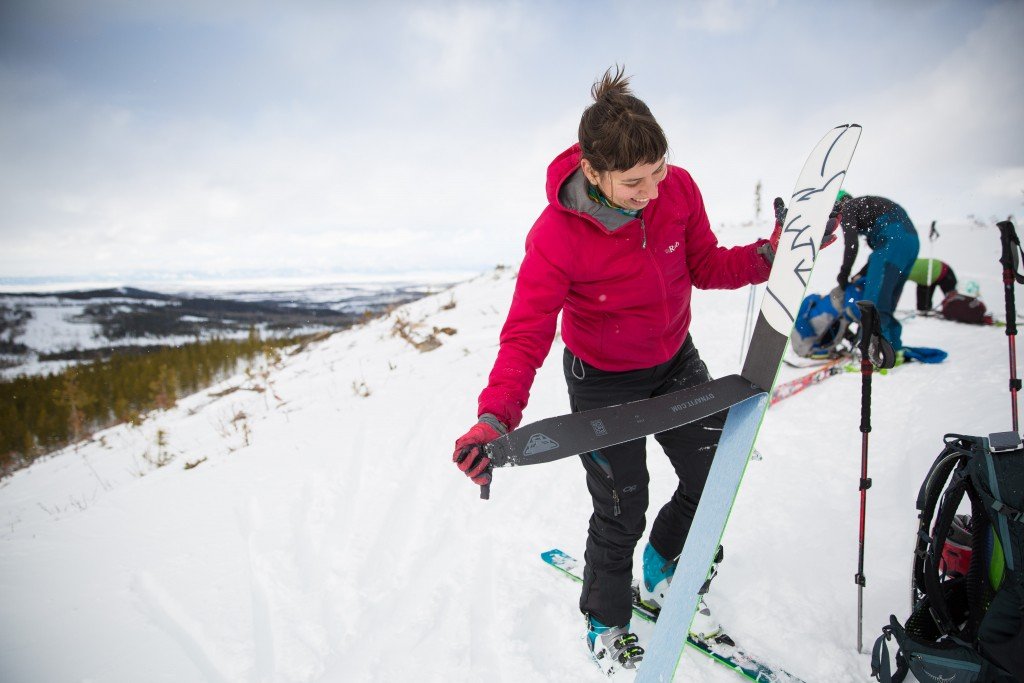 We eventually returned to the yurt, exhausted and happy from a fun day in the snow. As we stripped down  to get out of wet gear, we all realized how big Clark Peak Yurt is. With three bunk beds {each with a double bed on bottom} there was ample room for the five of us. Plus, the open area in the middle was large enough to set up the kitchen table. Once we pulled that out, whiskey flowed, dinner sizzled on the stove, and card games appeared. It was a magical night in the backcountry! 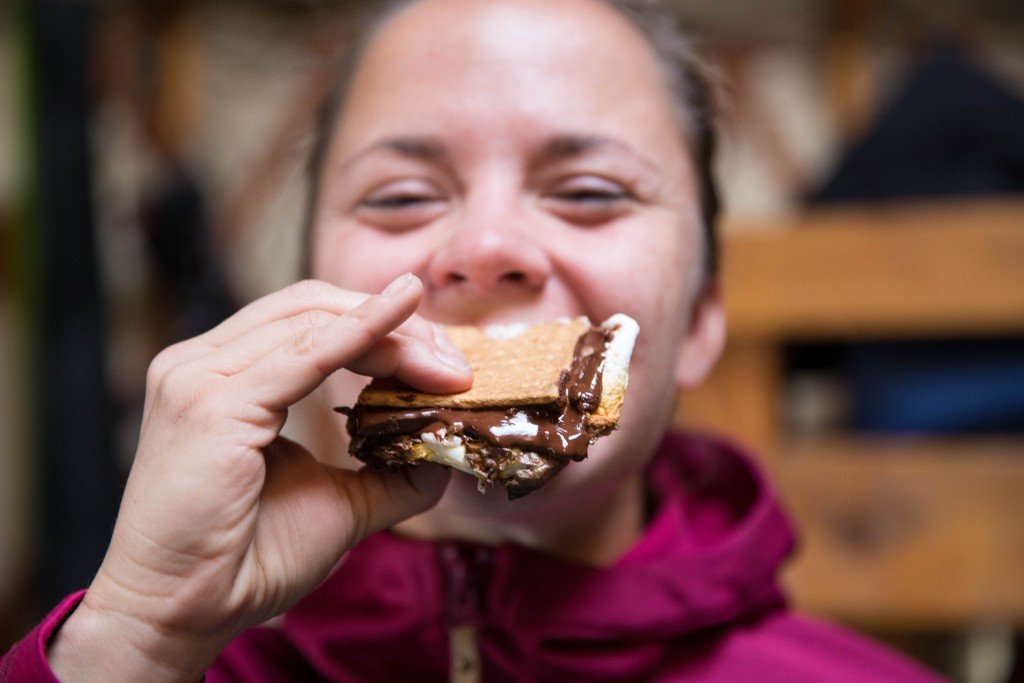