When Artistic License Results in Vandalism 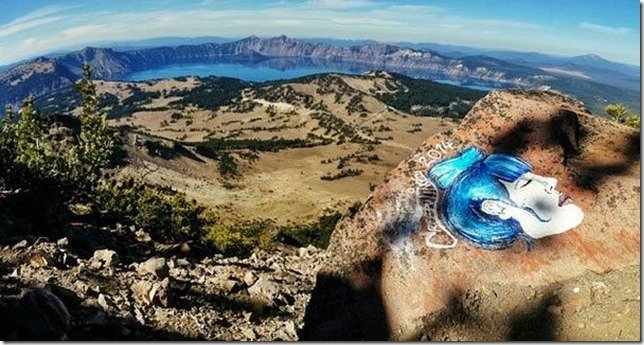 October 22 is an inauspicious date.

It was exactly one year ago today that I wrote a post entitled Vandalism in the Backcountry, detailing the story of three Boy Scout leaders who toppled an iconic rock in Goblin Valley State Park in Utah. They tried to pass it off as a “safety concern” but in reality, it was idiocy and ignorance.

Sadly, vandalism in the backcountry is still alive and well one year later. 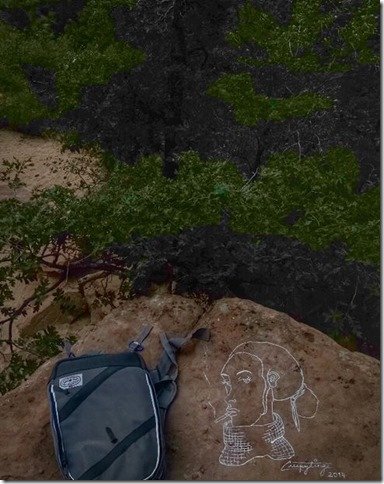 Zion National Park, as per her Tumblr

My friend Rebecca from Calipidder alerted me to Instagram user Casey Nocket of @CreepyTings. I’d link to her account, but it has since become private. No surprise there, but unfortunately, she failed to acknowledge that the internet does not forget.

{Neither does my phone which was still open to her IG account for a few screen grabs!}

Casey is a talented New York artist who spent the last few weeks road tripping the American southwest to enjoy the beauty of our natural world. However, instead of hiking and snapping a couple photos, Casey took it upon herself to invoke artistic license upon the scenery with graffiti.

And for the record, it’s not water color paint or chalk or anything else that’s easily removable. 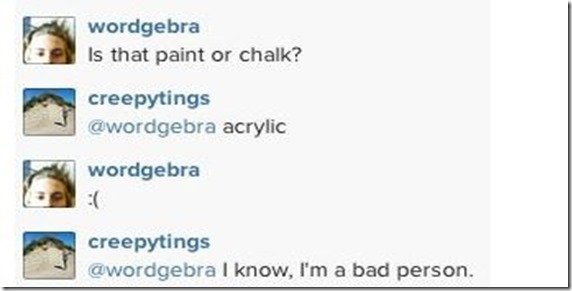 Clearly, Casey knows what she is doing is wrong. She simply doesn’t care. Perhaps she thinks it’s funny that she “is bad” as she explains in her glib IG response to a follower?

Regardless, this entire story made me incredibly sad. Casey’s viewpoint on the world is so myopic that I can barely stand it. Does she truly think that everyone else wants to see her artwork on the stones and viewpoints of our national parks? Is she so entitled that she does not realize the world is about more than her? Does she believe she is enhancing these outdoor wonders? My questions go on for days. 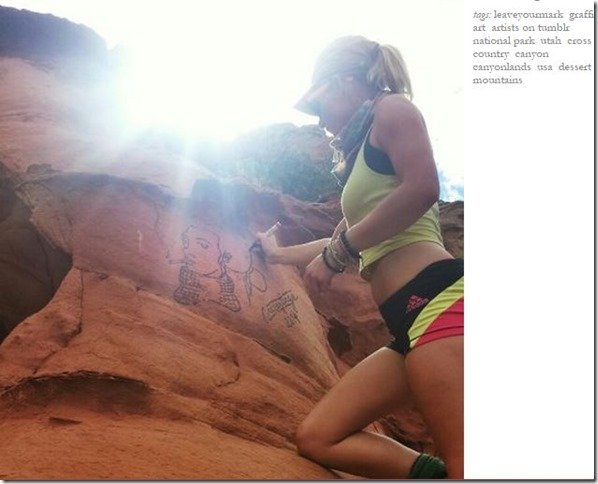 Since Casey comes from New York, there is a small part of me that wonders whether her city girl mentality even realizes how wrong her actions are. But, I refuse to push that ignorance on anyone. I was not able to screen grab the conversation, but there is one photo where her mother is praising her for her talent and telling her how proud she is of her daughter. Is this real life?!

By the dozens of followers that “like” her photos, I’m guessing there are plenty of people out there who still consider this artwork rather than vandalism. Sadly for her, the rest of the world disagrees, and apparently Reddit caught wind of her vandalism yesterday. I just took a quick peek but a Yosemite National Park investigator is on the case. With the clear-cut trail she left via social media, I’m sure she will be busted rather quickly.

Crater Lake in Oregon. Snagged this from her IG account before it was private

I don’t wish Casey any harm, and I dislike a lot of the immediate outcry suggesting violence or name calling. She may be selfish and egotistical, but threatening to “kick her in the gonads” or “donate to a bounty on her head” is a bit much. I’ve seen others sharing her personal FB page so that everyone can flood her with hatred, and I can’t condone that. While I clearly despise her actions, I can’t participate in an outcry of violence. What does that solve?

UPDATE: I just learned that the National Park Service put out a press release regarding the vandalism. If you’re curious, take a look here.

UPDATE TWO: A few readers gave me the heads up that Nocket has jumped back on her Tumblr account to defend herself. While I’ve tried my best to sympathize with her, her updated site is making it pretty damn difficult….especially when she proclaims that her next project will be defacing tombstones in cemeteries.

UPDATE THREE: Guys, I just saw someone created a Twitter handle for Creepy_Tings. That said, the creator took it upon himself to post Casey Nocket’s address online in an effort to encourage “justice.” Please don’t go all vigilante on this and let the authorities deal with it. If you want to help, donate to the NPS or enjoy a hike outside!

UPDATE FOUR: According to TrailMob, a relative of Nocket has been contacted. This family member said that Casey is fully cooperating with authorities, feels terrible for her actions, is ready to face the music, and has deleted all social media accounts. This would mean the reactivated Tumblr, IG, etc are all frauds.