Day #1: Training on the Mesa Trail

Ok! Thus far I’m off to a good start!

Remember how on Monday I moaned about my ridiculous half marathon on Saturday? And how I then said I really needed to get in some decent training so that I wouldn’t (quite literally) die during my Xterra trail half in September? I decided to enact my new theory (aka training!) this week, and I must say that I got off to a great start.

After Monday’s CrossFit WOD, I made plans with Will to meet up after work on Tuesday for a trail run. After all, what better way to train for a trail race? Obviously, we have a huge amount of badass trails to choose from in the area, but I decided to head up to NCAR in Boulder. NCAR (the National Center for Atmospheric Research) used to be a go-to trail running location for me in college, but it’s been awhile since I’ve been back. I didn’t want to start out with something insanely steep, so I avoided Mallory Cave and check the traditional Mesa Trail. The Mesa Trail is a very runnable route but it still has some climbing, which is what I needed. So, I loaded Tals in the car and headed out to meet Will! 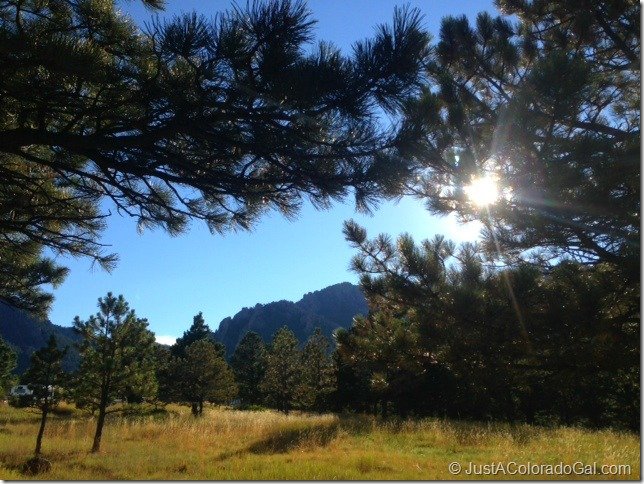 We finally got started around 6pm and the weather was beautiful! The temps have been abnormally low so it was like 70 degrees with a light breeze—gorgeous. Right out of the gates, there were a few climbs, and I felt my heart rate sky rocket. Coincidentally, I also felt the Black Assassin (aka Tally) yanking the hell out of my arm as we climbed up one of the hills. You see, we had started out with Will running Tals but she kept stopping in the middle of the trail to turn around and look for her mama. So, we decided to swap and I took Tals and he took the water. Unfortunately for me, Will is a much stronger climber than I am so he was a bit in front of me. Tals didn’t like that either since her “flock of humans” was too far apart, so she was insistent on yanking me hard enough to catch up with Will. Honestly, I wanted to punch her in her furry face at the time, but she also helped drag me up some of the hills!

On some of the larger climbs, I definitely noticed that I was not physically able to run the entire thing. I finally sent Will ahead since his bionic legs seemed to have zero problems with the climb. Instead, I  chose to take a mini-walking break every few minutes. I figure that I will likely use this tactic during the trail half also, so I may as well get used to it. 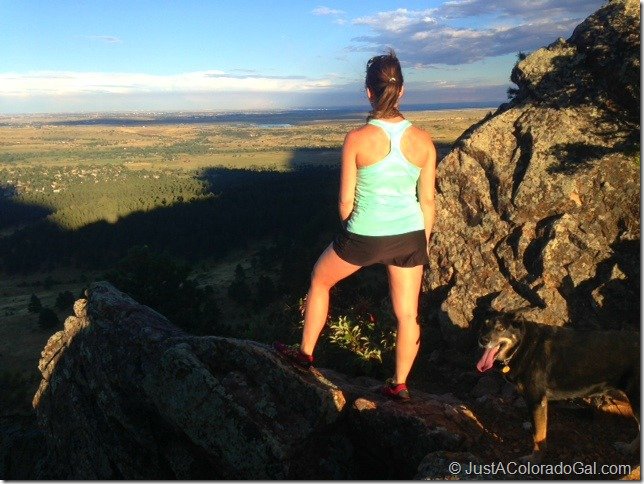 We decided to turn around at a rock outcropping, but not before we took a few minutes to enjoy the view. After all, that’s the best part of any outdoor challenge! 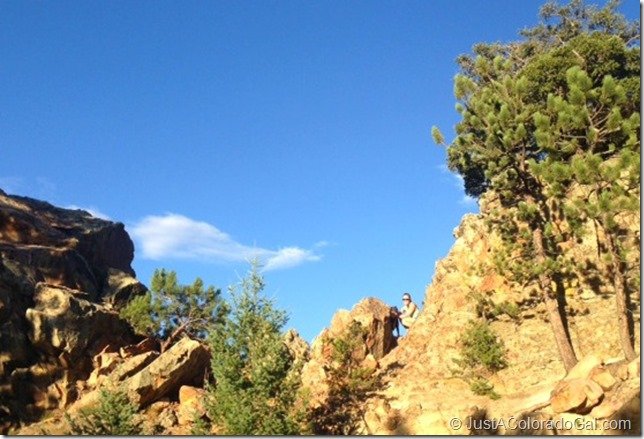 Will and I switched rolls on the way down: since he has to be very careful with his knees (he has torn his same ACL three times), he needs to walk the downhill section. I am the opposite and can pound the downhills—in fact, it’s really when my slow butt makes up any time in a race!

In the end, we ran 3.25 miles in 47:40 with 656 feet of elevation gain. It’s always hard for me to initially look at my trail running times since the pace is so much slower than on the roads, but with an elevation gain like that for such a short distance, I’m pretty proud of the run. Off to a good start!

How often do you go trail running?

What’s your typical amount of climbing during a run? (Seriously, I have no idea how much I should be getting in during my training runs!)

What You REALLY Need to Start Hiking