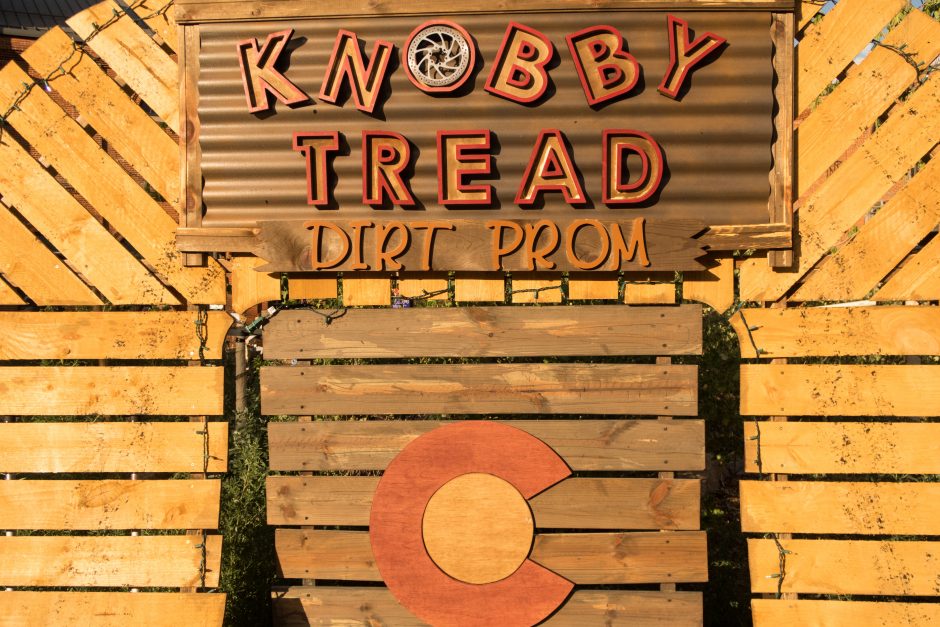 This post is sponsored by REI. Thoughts, photos, and opinions are my own.

Let’s take a moment and all evaluate the name of this event, shall we? Knobby Tread Dirt Prom.

Yes, it is probably what you think it is and yes, it was just as fun as you’re imagining!

A few weeks back, I headed out to the Denver REI to check out this absurd event known as the Knobby Tread Dirt Prom. I’m not a huge cyclist {especially these days} but Will and I have been rekindling our love for the knobby tires and singletrack, so I wanted to see what the hype was all about.

And, most importantly, I wanted to answer one burning question: would people really wear prom apparel?

In case you’re wondering, the answer to that question is yes, they will absolutely get gussied up! 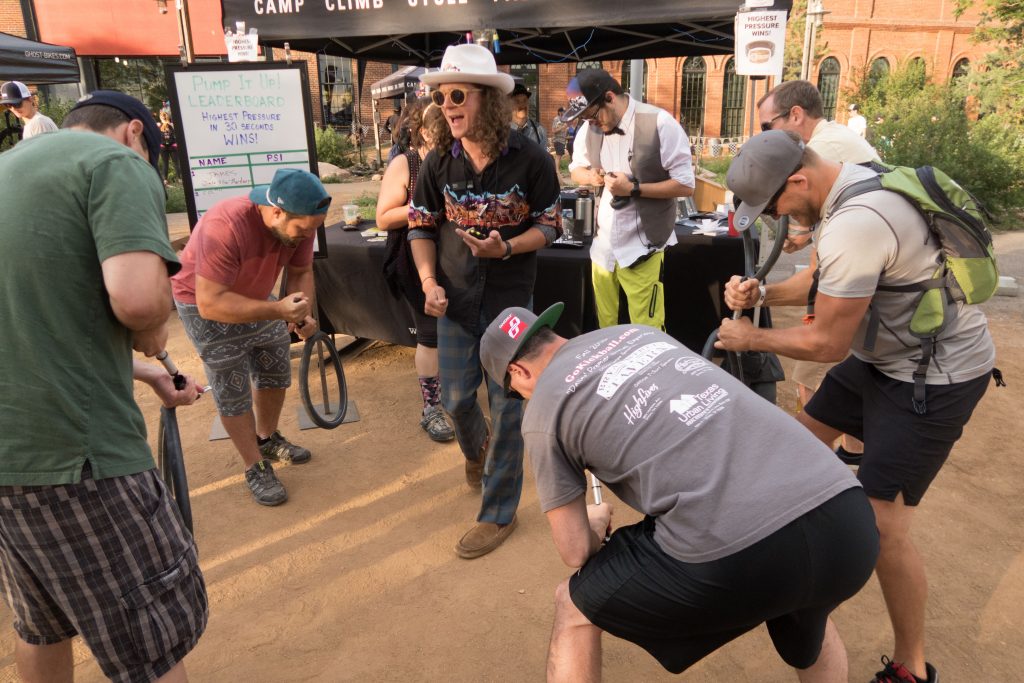 The Knobby Tread Dirt Prom is REI’s celebration of all things mountain biking. This year’s event took place at the end of June which is usually when Colorado’s MTB season starts cranking up. Of course, people ride before then but you have to be careful with the trails. Wet trails equal muddy trails and nobody wants to be the rider who destroys the singletrack, amiright?!

People come out in droves for this event, wearing their finest blend of cycling and prom apparel. I saw cyclists in bike shoes and cummerbunds and women in stilettos, spandex, and sparkly tops. And corsages? Yep, there were a few of those too! 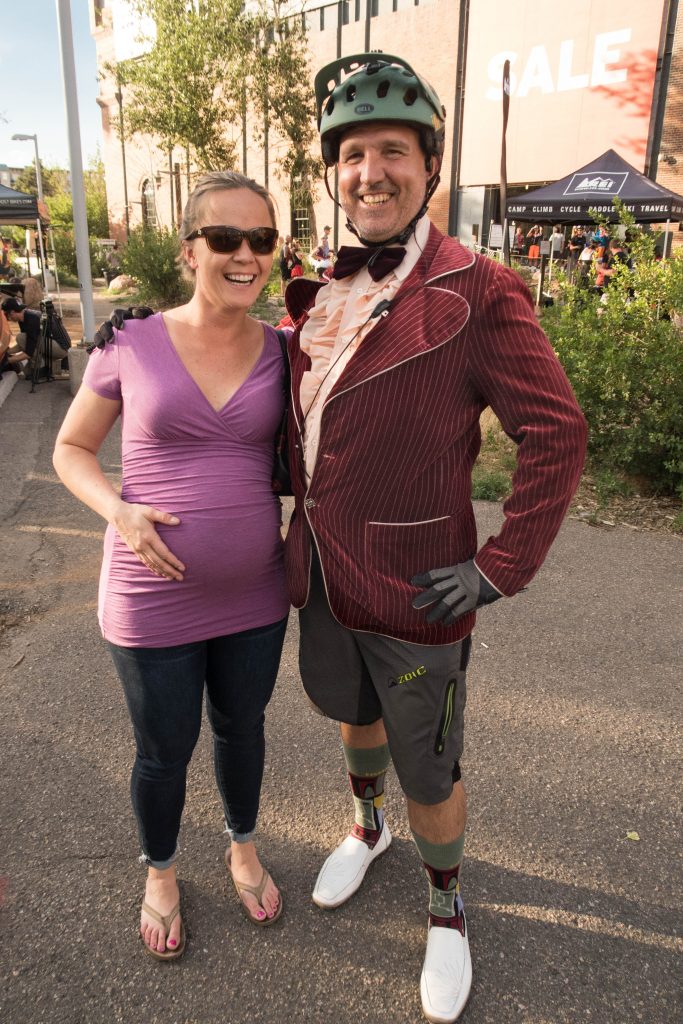 Various outdoor brands had set up booths around the parking lots, advertising their wares and entertaining the masses. I watched people prove their push-up prowess at the Skratch booth, banging out 15 push-ups for a free sample. Another booth had a friendly air-pumping competition going on: participants were each given a hand pump, a deflated bike tube, and one minute on the clock. When the judge said go, everyone pumped as frantically as they could, trying to fill the tube up as much as possible in the allotted time. Scores were measured in PSI and I was pretty darn delighted to see a woman take the podium while we watched!

The highlight of the event was easily the mini fat bike trials. REI Denver has a permanent mini-bike course set up outside of the store, complete with rollers and little kickers. Anyone who wanted to challenge himself could hop on one of the bikes and bust out the course as fast as possible. The prize? The male and female with the fastest time were named the King and Queen of the Knobby Tread Dirt Prom!

I never was a prom queen so I kinda feel like that is incentive in itself! 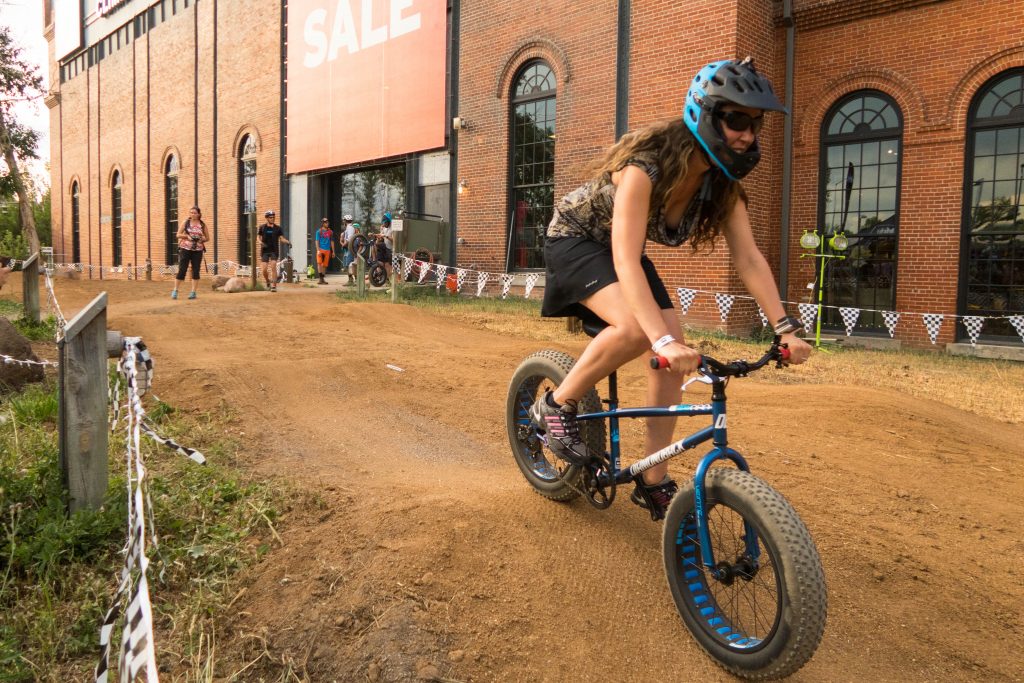 Of course, the event wasn’t without a working component too. REI had a booth set up with bike techs available to take a look at any crazy bicycle mishaps or problems. REI offers numerous bike tune-ups ranging from Bronze (basic) up to Platinum (fancy!), with a turnaround time of 24-48 hours. I spent a minute talking to, Pete, the manager of the REI store and he told me about George, one of the founding members of REI’s bike tech certification program. George has been with the Denver REI since 1986!

(Yup, since I was a happy four-year-old, running around the house and destroying things.)

Pete also told me that they do a free tune-up if you purchase your bike there. Once you’ve logged 20 hours of riding or it’s been six months since purchase (whichever comes first), just bring your bike in and you can claim your free check-up. Truth be told, even writing this has made me wonder how long it’s been since I’ve taken my roadie in for some oil and lube. Oy. 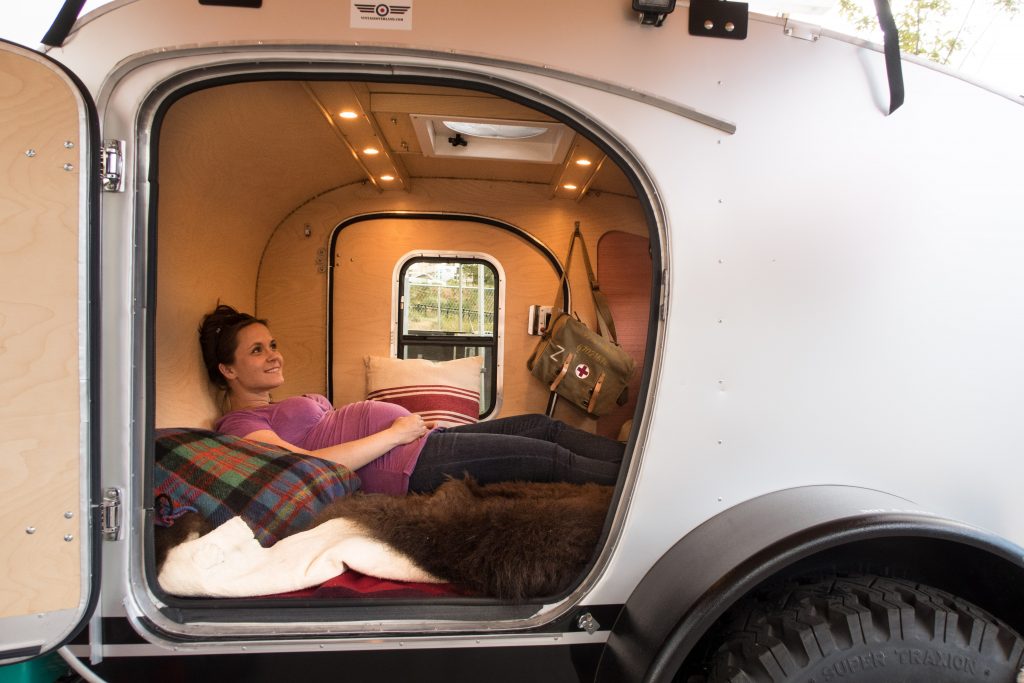 Bottom line: if you’re into bikes, beer, and more bikes, the REI Knobby Tread Dirt Prom is worth checking out. If you plan on going next year, let me know; I’ll meet you there!