Five Reasons to Visit Iceland in 2016 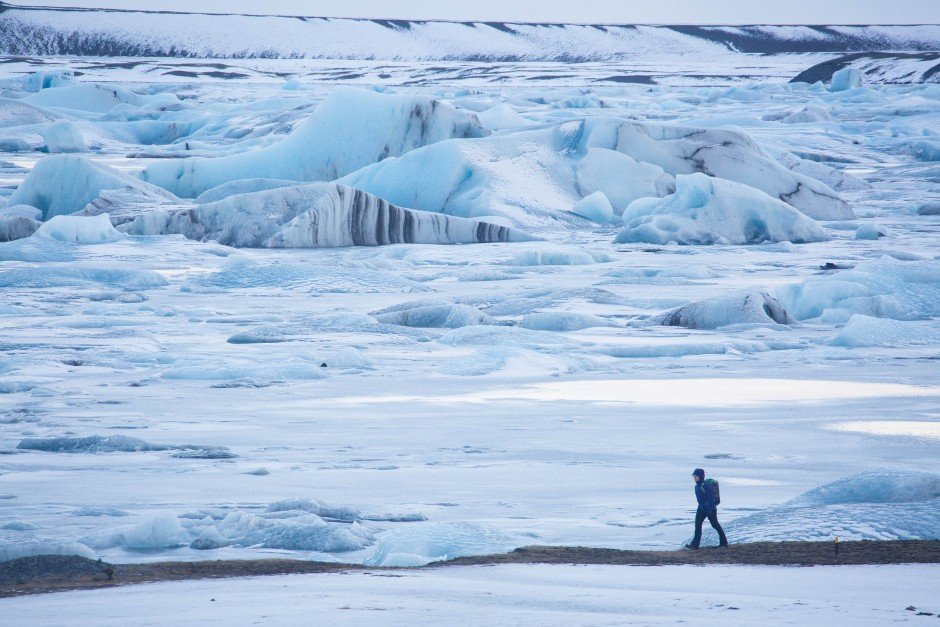 I always knew Iceland would be beautiful, but there are many beautiful countries in the world. That said, I’m going to make a bold statement: I honestly believe Iceland to be the most visually stunning country I have ever seen. Need more? Here is my Iceland guide that will help you with five reasons to visit Iceland in 2016. 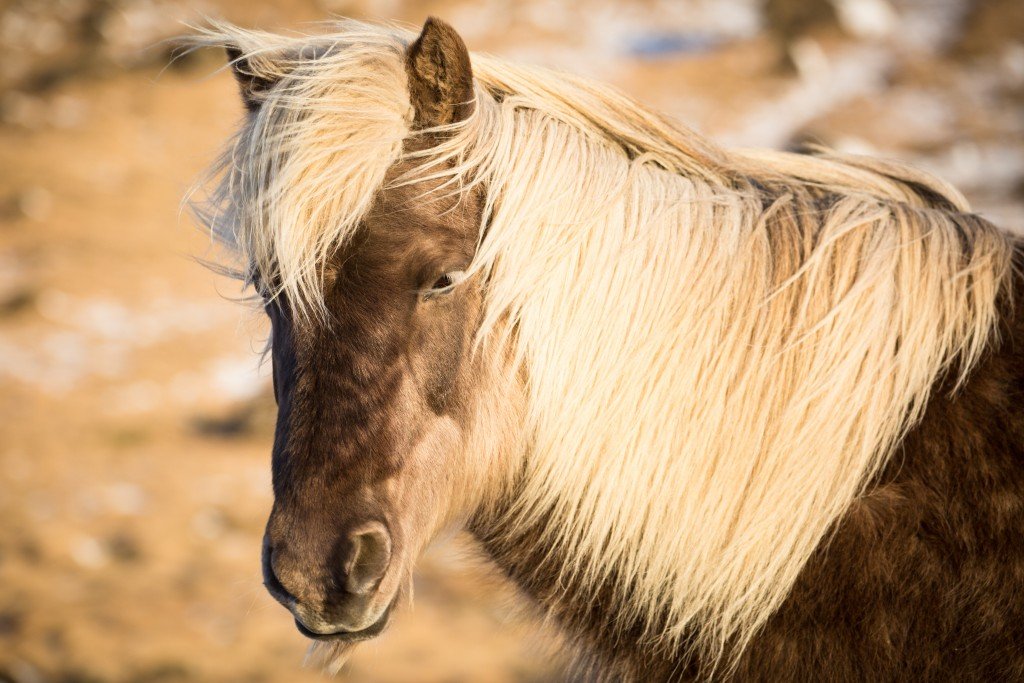 Does anyone out there remember My Little Ponies from our childhood? Now, take that pony, remove the highlighter-pink coloring, and voila! You have an Icelandic horse.

Truthfully, I didn’t even know these were a thing until I spotted a herd on the side of the road. Will was driving, so I was left to my own devices while I mashed my face against the glass of the car window. I saw what I thought to be a small pony, but then quickly realized it wasn’t a pony. But what was it?!

Naturally, I yelled at my sweet husband to pull over so I could race across the {deserted} road to ogle the four-legged creature. They were delightful! 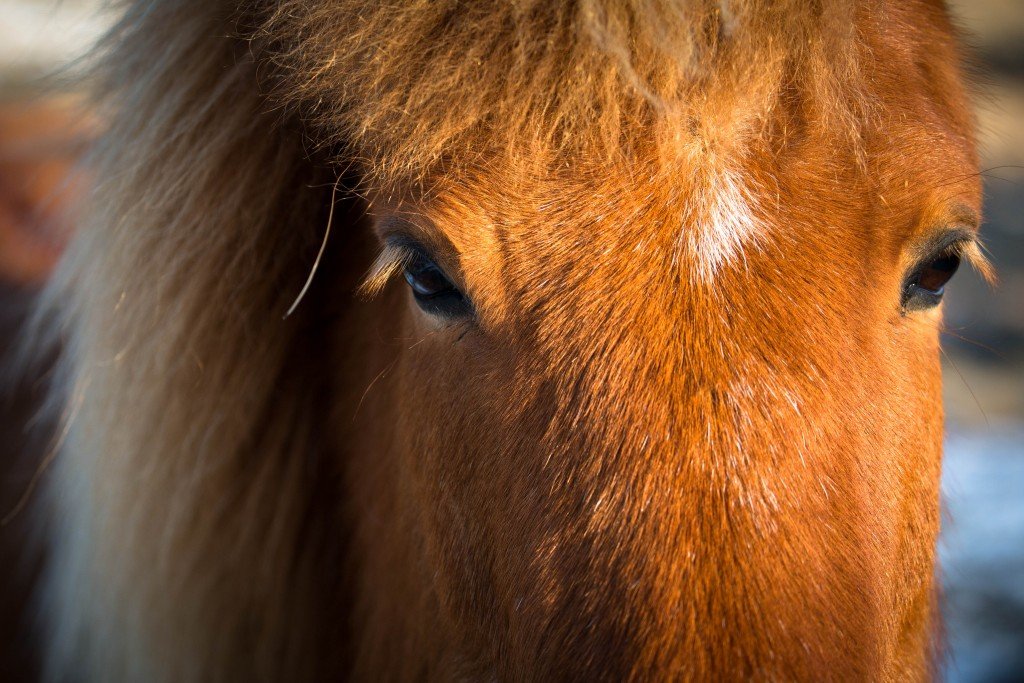 As it turns out, Icelandic horses are a breed of their own, developed from ponies brought to Iceland by the Norsemen in the 9th and 10th centuries. They’re small like ponies, but very tough and robust. In Iceland, they’re shockingly healthy as a result of the import/export laws: horses cannot be imported into Iceland and once a horse leaves the island, it is not allowed back. 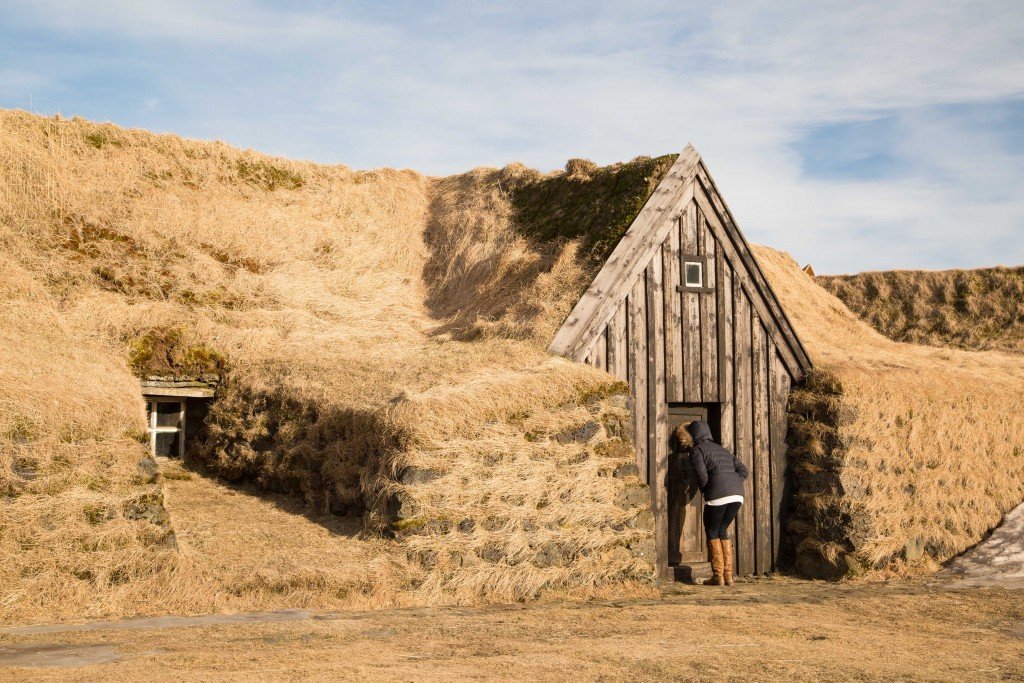 During our tour of the southern coast, I was fixated on turf houses! To me, these uniquely-roofed homes epitomized an idyllic world full of elfish lore and mystical creatures. You can imagine my dismay when we reached the final day of our trip and–gasp!–I still hadn’t seen a turf house.

Fortunately, I saw a small symbol on the side of our road map, indicating a historic site named Keldur. Even better: Keldur is the oldest surviving set of turf houses in the country! 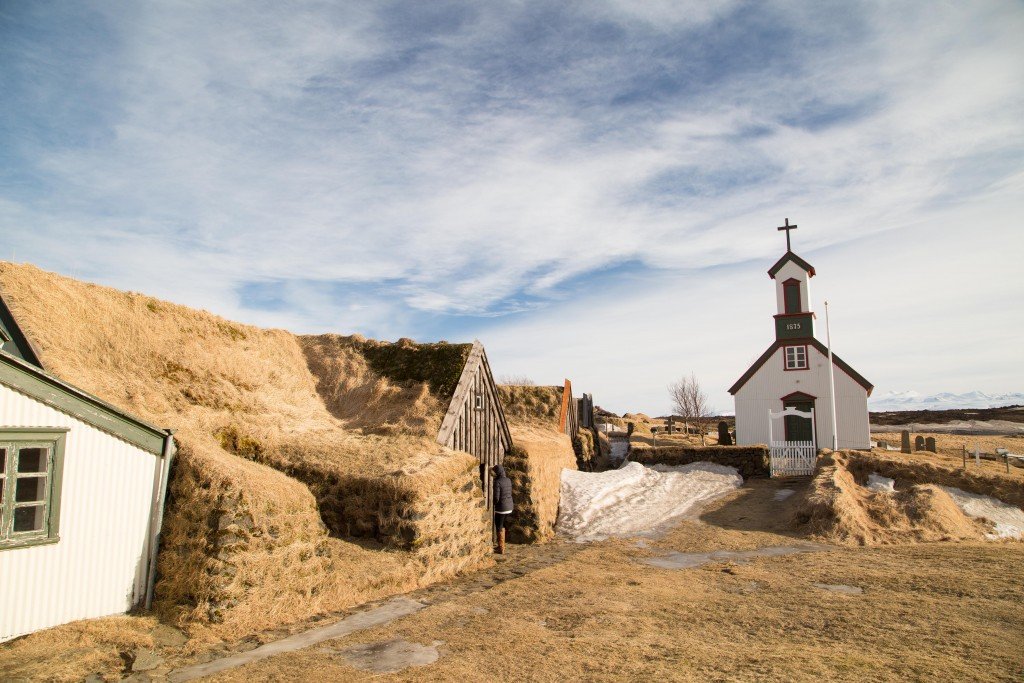 Because we were visiting Keldur in the winter, the place was deserted. And just as I hoped, the turf houses were freaking adorable. According to what I read, the majority of Iceland was not forested when the country was settled, but there was plenty of grass! Additionally, the turf on the roof acted as insulation during the cold and windy months.

Because trust me, Iceland is WINDY in the winter! 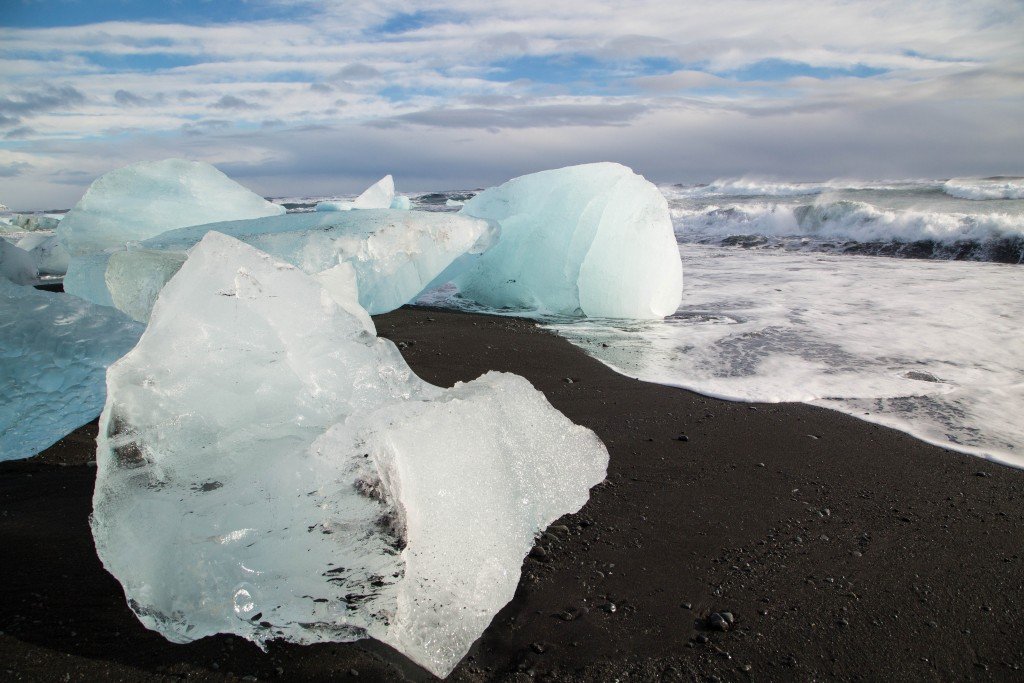 Black sand beaches aren’t a novelty; there are quite a few of them around the world. But until Jokulsarlon Lagoon, I had never, ever seen a black sand beach littered with massive chunks of blue ice next to crashing ocean waves and a backdrop of snowcapped, rugged peaks. I’m reticent to use the word breathtaking, but y’all? That’s exactly what it was. 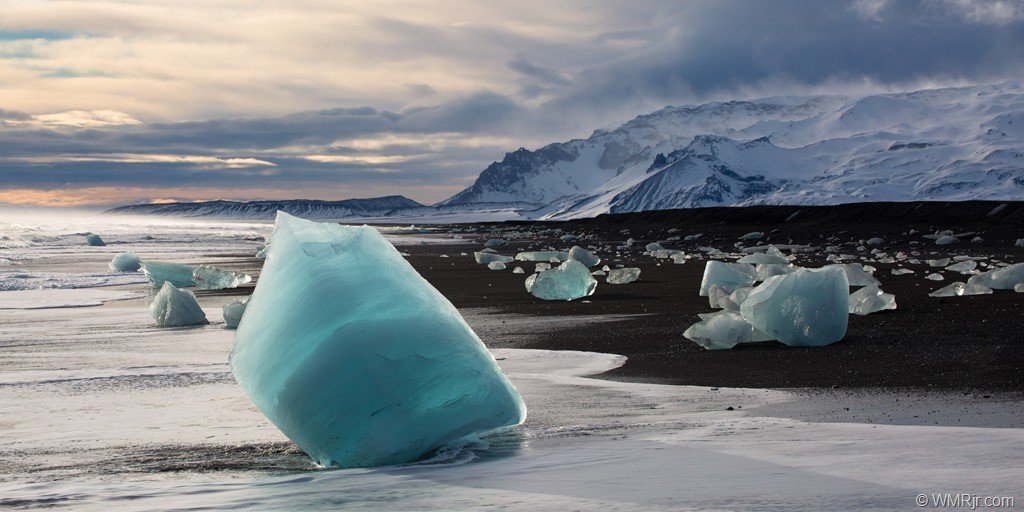 Will and I spent hours wandering around the beach. He set up photo after photo, patiently waiting for the sun to pop out and illuminate the ice with that surreal glacier blue color. I took the time to amble down the beach, snapping my own pictures while marveling at the massive pieces of ice that were simply laying around. Was this real life? 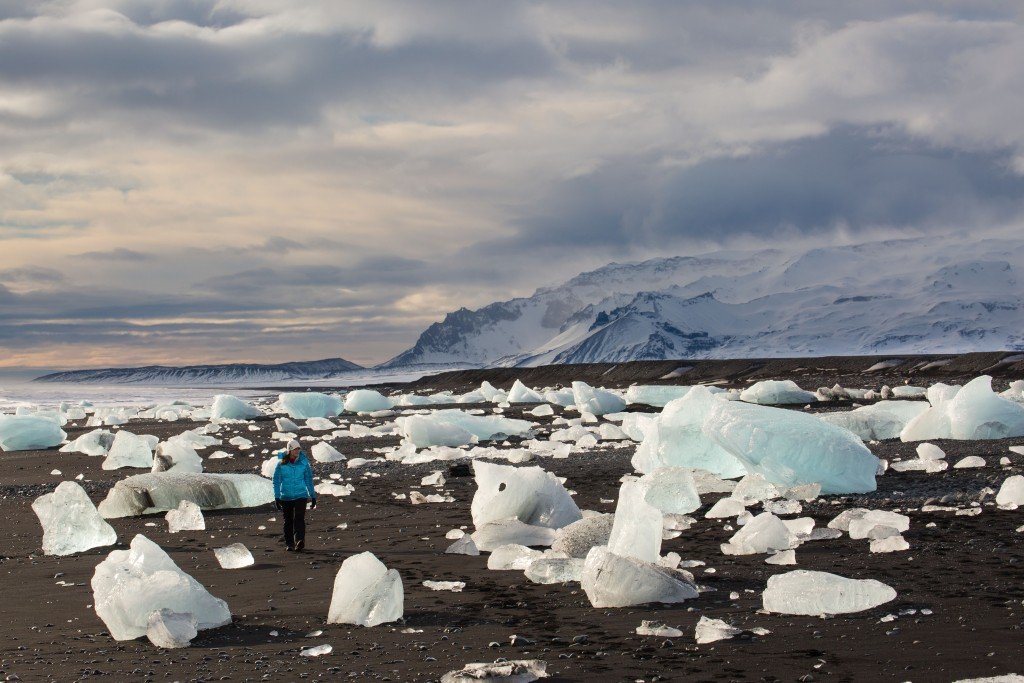 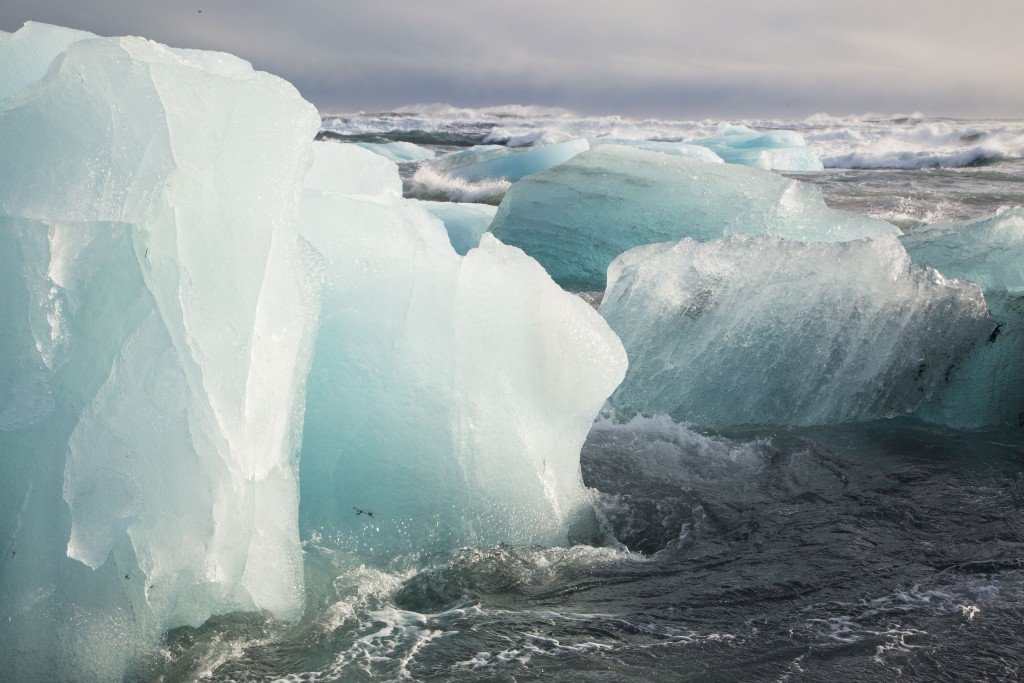 Iceland is pretty and a natural wonder, but one of my favorite aspects of the country was the local’s staunch belief in the existence of elves! 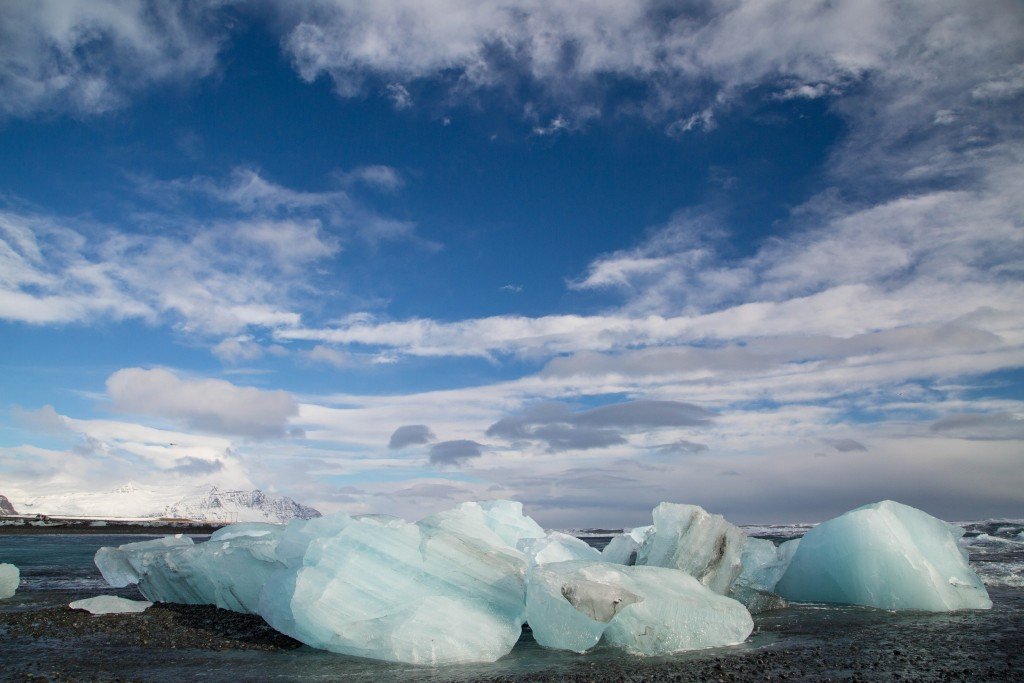 Called Huldufólk, the secret folk are a common factor in daily activities in Iceland. Building projects are even re-routed or protested if the construction is determined to go through elf territory {and there are a myriad of stories about times homeowners abandoned projects when they went awry thanks to the elves!} And if you make even the slightest hint that the Huldufólk aren’t real? You better get out of Iceland.

Seeing the Northern Lights had been a bucket list item of mine for years, and was largely why Will surprised me with the Iceland trip to begin with. I could never fathom seeing all those beautiful colors in the sky, and so badly wanted to witness the phenomenon for myself!

As luck would have it, it was cloudy during the first part of our trip. We reached our final night, knowing that it was do-or-die. We went to dinner at a hotel about 60 minutes from our lodging, crossing our fingers that the sky would be clear when we finished eating. And it was! Unfortunately, our own hotel was socked in so we couldn’t take advantage of the front desk phone call service that our reception offered {If requested, they will call your room in the middle of the night when Northern Lights are spotted. That way, you don’t sleep through it!} 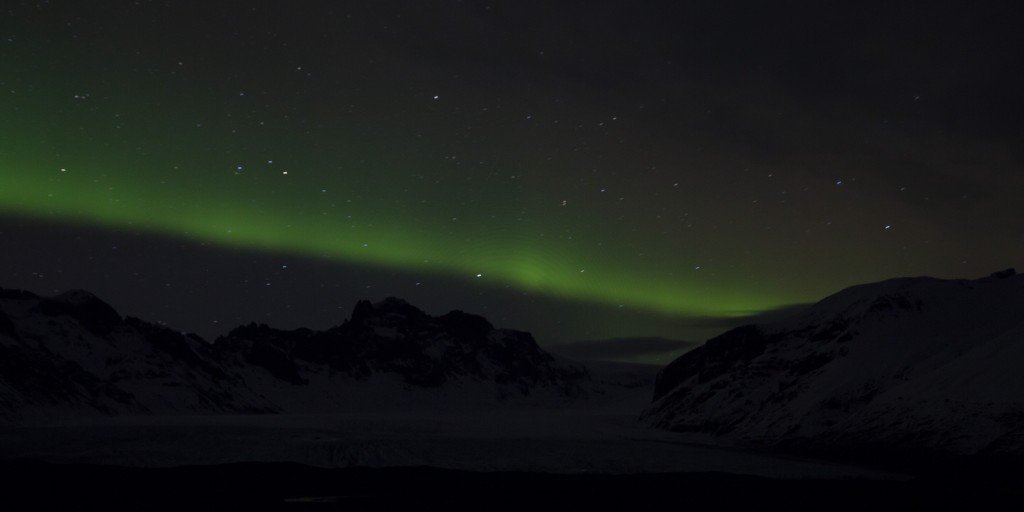 Rather than miss out on the sky show, Will and I opted to wing it. We hopped in our rental car, drove down a random dirt road, parked, and shut off our lights. Then……we waited. And stared at the sky. And stared some more. Luckily, we only had to wait 20 or 30 minutes before the telltale green streaks began to spread across the sky.

While we didn’t see the most elaborate display in existence, I was beyond elated. Will and I were mesmerized, watching the sky change colors as we stared through the windshield of the car. I can’t begin to understand the whole “electrically charged particles from the sun crashing into each other when they enter the earth’s atmosphere,” so instead, we simply admired the show.