Five Things I Learned From Crewing a 100-Mile Race 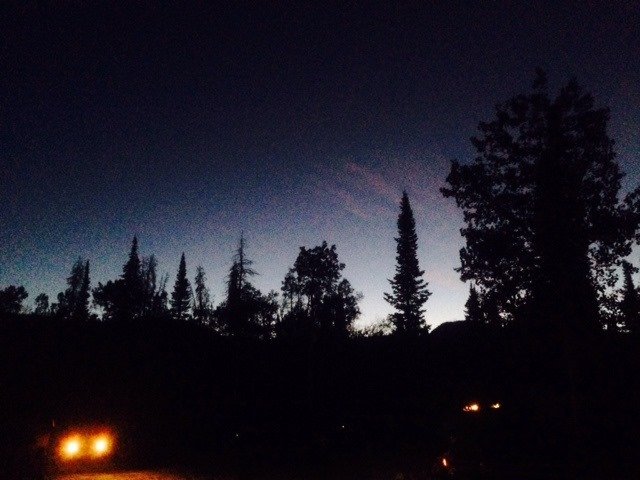 Heidi actually flipping did it. She ran and completed the Run Rabbit Run 100 mile race! 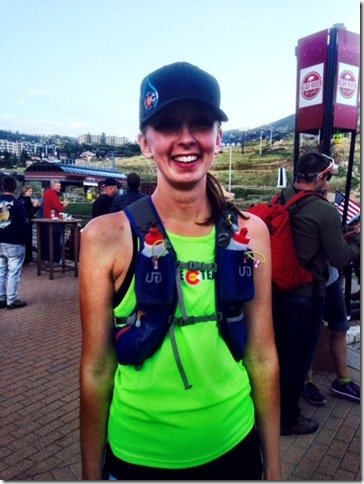 Obviously, I will leave the race description and details to her. I mean, I didn’t run the thing! However, this was my first introduction to the world of ultras, and I have to say that I learned a lot. I knew the ultra/trail scene was different from the world of road running, but this weekend really underscored those differences. And you know what? It was so fun!

1. You Will Make a Ton of Friends

I’ve been to my share of trail races, but this was the first time I’ve hung out at aid stations with the same people for 36 hours! No one knows precisely when their runner will arrive, but we all agree that missing them would be the absolutely worst. So, to combat this, you get to the aid station early and WAIT! 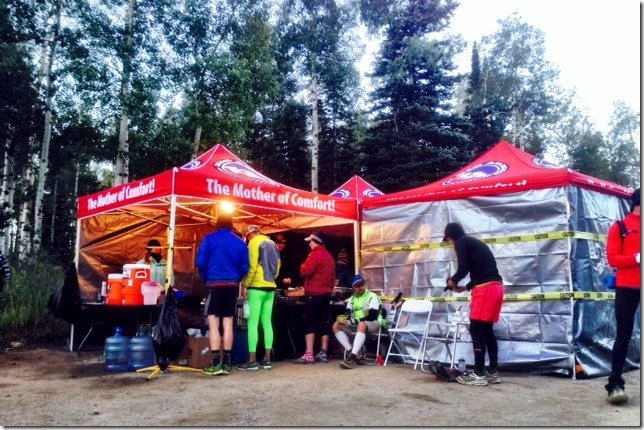 Naturally, with like-minded people waiting around in the freezing cold at 2am or sleeping in the backs of their cars, conversations are bound to happen. We met Liz, an energetic grad student at the School of Mines who was crewing for her boyfriend, Greg. We only spent an hour with her but we became invested enough to check out his final results: he finished the race in just over 24 hours!

My point is this: the vibe at these races is awesome and the people are wicked friendly. I’m sure the Elite runners have their own brand of competitiveness, but everyone else was simply trying to complete the 100 miles. I dare you to crew one race and NOT walk away with a new friend! 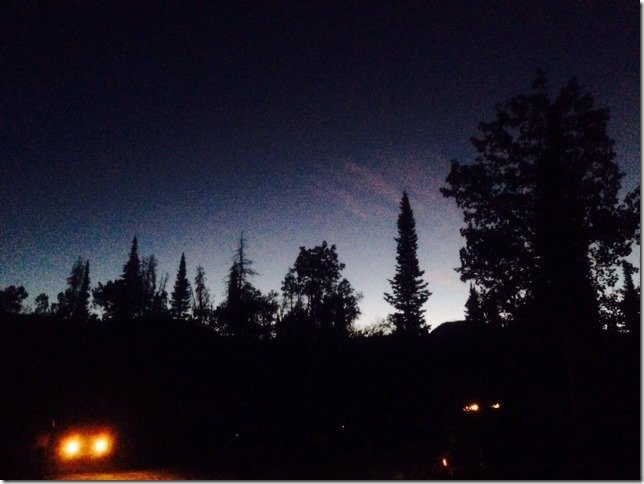 Ok, so I wasn’t totally ignorant of this fact but I will admit that it took me a second to adjust. When you’re running 13 or 26 miles, it is feasible to run the entire distance. 50 miles? 100 miles? Not so much! Walking is a critical component to these ultra-long distances and there is absolutely no shame in that game. In fact, the smart runners have a walking system that helps them sustain for the long haul. After all, why run the uphills at a hiking pace and exert five times the energy?

3. Your Crew Is Important 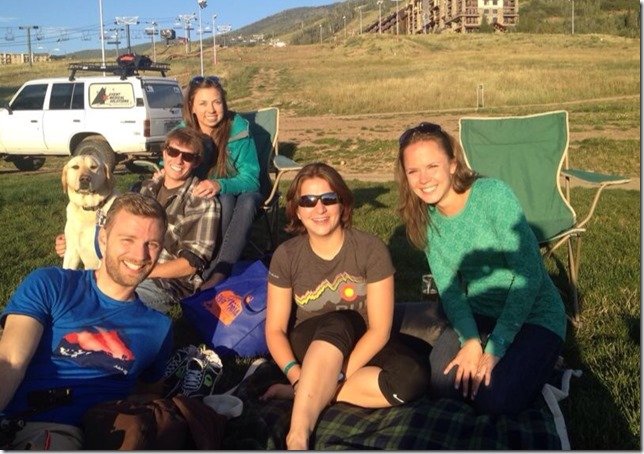 Will, Sara, and me- Heidi’s crew! Paula is in the back– she finished 70 MILES of the race!!

I understood the notion behind a crew prior to the race, but I didn’t quite realize how critical they could be {and I’m not just trying to talk myself up here!} I could visibly see the relief on Heidi’s face when she showed up at aid stations to find us waiting for her. We’d sit her down, feed her, sunscreen her, warm her up, and give her some much-needed massages. She would come into the aid stations looking exhausted but would always leave refreshed and ready to tackle her next leg. I’m sure the food and gear helped, but I also think it was nice to have some smiling faces to take care of your every need. Running 100 miles is ridiculously hard and those aid stations provided her with 30-minute windows of relative pampering.

I ran with Heidi during a 4-mile segment that took place just after the sunset. In addition to offering much-needed company and chit-chat after 41 miles of solo running, I think it was also helpful to have a nighttime companion. After our leg, I handed her off to Jeremy, a beast-mode ultra runner who paced her for the next 50 miles. He started running with her at 10:15pm and—save for a three-hour break—continued through the night, into the following morning, and finished with her on Saturday evening. 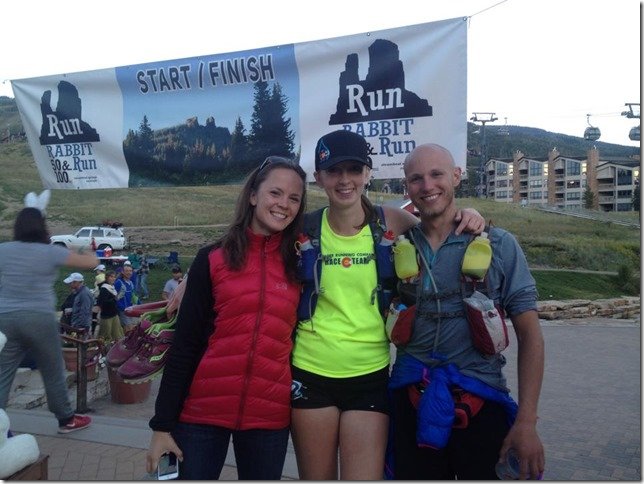 Heidi and her pacers 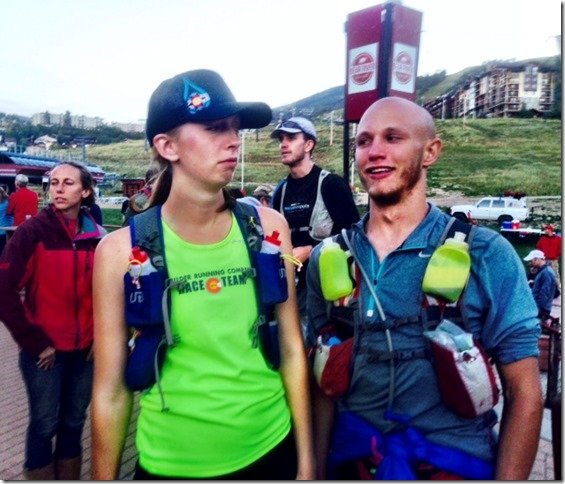 This is how you feel after spending 50 miles with someone…

Why does this anecdote matter? Because I truly think he was crucial to her success! We saw dozens of runners stumble into the Dry Lake Aid Station around 3am, exhausted, cold and absolutely miserable. Many were crying, most wear swearing, and a large portion of them never returned to the course. However, Heidi was under Jeremy’s wing and he managed to keep her going. No one will ever know what they talked about while on the course, but I do know that he even managed to help her accelerate through the second half. In fact, we had banked on her arriving at an aid station between 5:45am and 7:30am. Will and I were snoozing in the car and almost missed her EARLY arrival at 5:30!

I’m sure I’m preaching to the choir here and I realize many of you likely read that and said, “Duh.” However, I had no concept of how tough these 100-milers are until I witnessed it for myself. I looked at Heidi’s achilles tendon after the race and was horrified by the size of it; the darn thing was at least four times as big as it usually is! And her ankles? They were so swollen that surplus skin was bulging out in the gap between the tops of her shoes and the bottom of her capris. 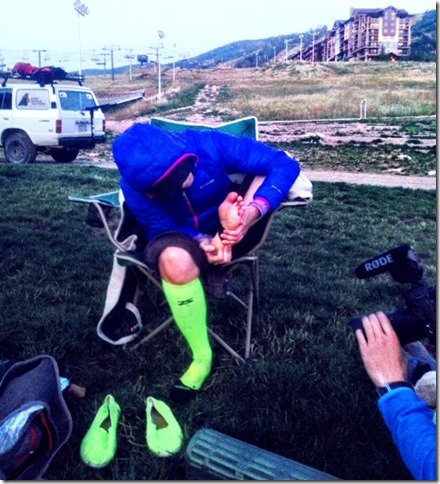 Obviously, 100 miles destroys your body in ways that most of us cannot begin to comprehend. However, to overcome that and push through sheer pain takes a special kind of mental fortitude. Heidi told me that she never once wanted to quit, and I think that is a testament to her insane willpower. 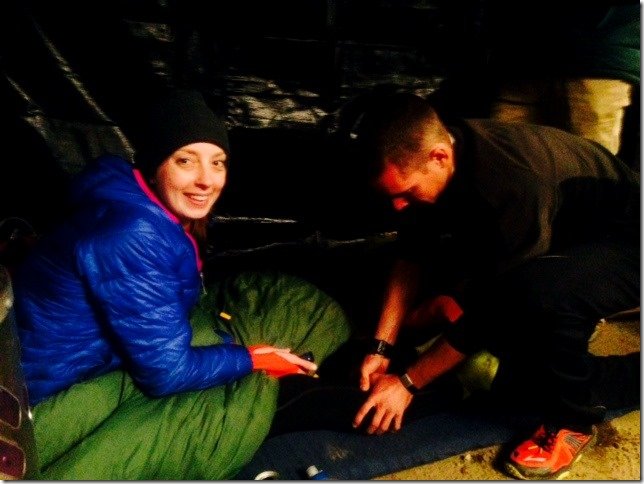 Having a PT friend work on her at an aide station

Heidi warned me that this would happen and dammit, if she isn’t right! She paced Run Rabbit Run last year which was the single event that led her down the ultra-running rabbit hole. She was adamant that I would feel the same after crewing for her, and to a certain extent, she is right! Will I ever run 100 miles? Hell no! I don’t even think I have a 50 miler in this body. However, she does have me inspired to tackle some longer races, and I’m now considering a 50k.

Is this set in stone? Not yet, but I’m talking with a friend about possibly registering for one this winter. Time will tell, I suppose. Is this what happens when you have friends who pull off insane accomplishments?!

Are you a runner? If so, what’s the most extreme running challenge you’d consider pulling off?

Live Premiere: I Am #OmniTen