This is a sponsored post. I was compensated for this review but all opinions are mine.

Want to hear a funny story about Halfpops?

Will and I were sitting in bed one night, reading through emails and catching up on responses. I saw one from a company named Halfpops and while I wasn’t familiar with the brand, I opened it anyway. Typically, food reviews aren’t my jam. However, I glanced at the message from the PR rep and nonchalantly mentioned to Will that a company named Halfpops had emailed me.

His reaction was priceless!

“Those things are so good! Have you had them?! We were fighting over them on the EC trip! We’d sneak them from each other! See if they will send you any! Are there new flavors?!” 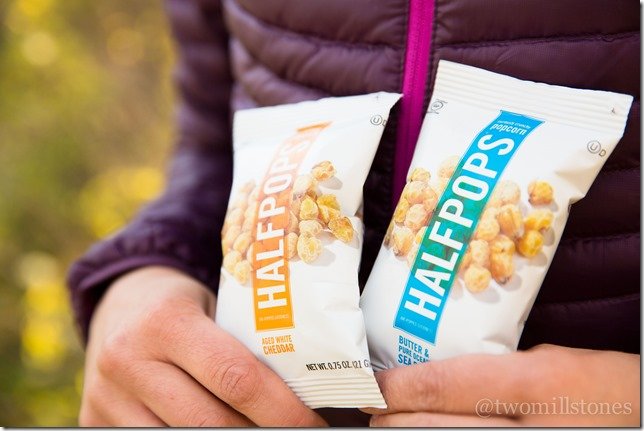 Naturally, I was a bit surprised since Will typically doesn’t have such extreme reactions to my emails! Once I decoded his words, I learned that Halfpops went with him and the other Backpacker editors on their Editor’s Choice trip to Jordan last year. Apparently, they were so coveted by the crew that everyone was hiding little packages in their backpacks in order to horde them from each other!

{According to Will, this video was not far from the truth!} 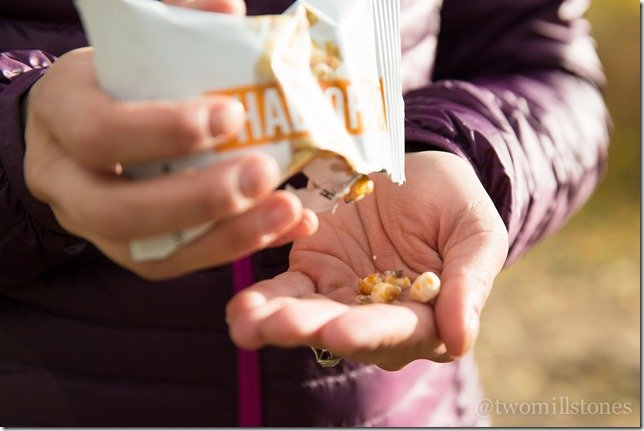 After that reaction, I clearly needed to taste these Halfpops! I communicated with the rep who mailed me a box of four Halfpop flavors. The two originals—Butter & Pure Ocean Sea Salt and White Cheddar—were included, along with two new flavors:Chipotle Barbeque and Caramel & Sea Salt. We were heading to Kebler Pass for our second weekend in a row, so I threw the Halfpops in the back of the Subaru. Looked like good camping food!

In essence, Halfpops are made from non-GMO corn kernels that are, literally, half popped. It’s like they’re halfway between a raw kernel and the completely fluffy, popped version. They come in small packages of roughly 130-140 calories each.

And y’all, these things are tasty! On our second night of camping, Will took off for sunset photos while Angel and I built a campfire and caught up over beer and snacks. We broke out the Halfpops and mowed through four bags to try all the flavors. 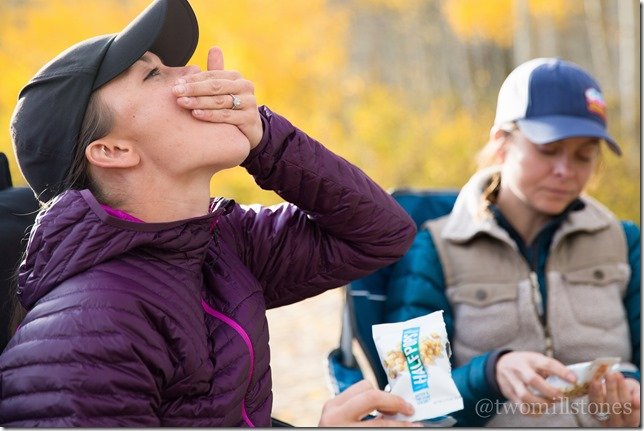 Of the group, my fave is the new Caramel & Sea Salt, but I’m known to have a sweet tooth. I also really liked the Sea Salt & Butter, while Angel loved the White Cheddar. Apparently you can’t go wrong! I’ve also been monitoring a lot of what I eat {more on that later}, and these fit into my cubby of approved foods: gluten-free, no preservatives, no corn syrup, no hydrogenated oils and no artificial flavors.

I’ll definitely take these backpacking, although they won’t be trail foods since they aren’t crazy nutrient-dense. However, they make a yummy snack to enjoy with lunch or around camp, and they come in trail-friendly packaging.

Want to try them yourself? Looks like you can grab a bag on the Halfpops website for a slightly pricey $4.29/bag. Let me know what you think!

Have you ever tried Halfpops?

The Heart of Ultrarunning: Jeremy Ebel