Life on the Road 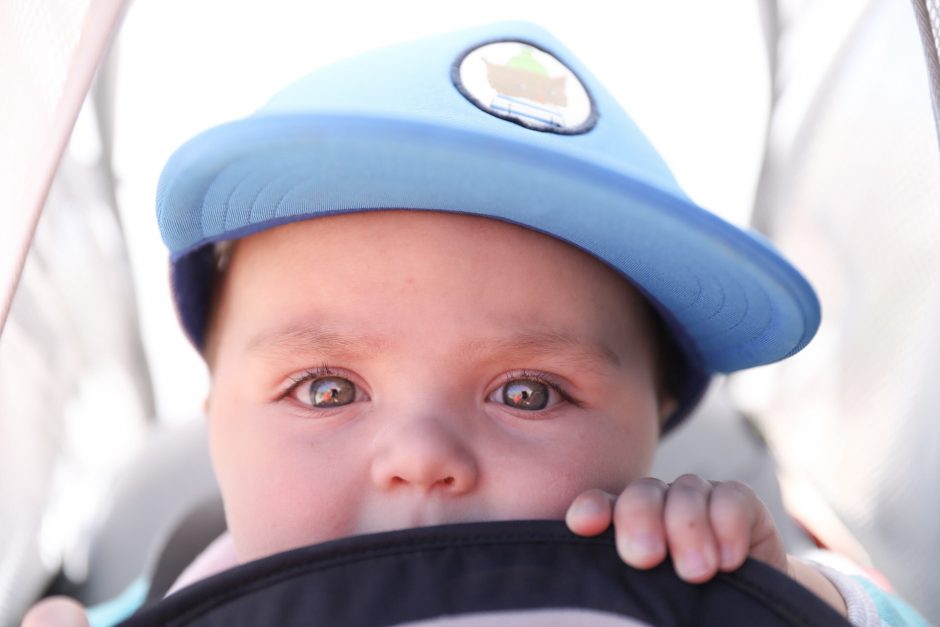 It’s 4:30 on Sunday morning in Honolulu, and I’m typing this from the floor of the bathroom. To be fair, I tried sitting on the toilet, but there wasn’t much back support. After seriously considering the floor of the shower, I moved to a corner of the tile floor where I could wedge myself between a wall and an accordion door. The closet is fully stocked, so I’m using a fleece blanket as a butt cushion and an extra pillow for lumbar support. Thankfully, I was able to creep out and make a pot of coffee too, so I have an extra-large cup filled to the brim with nectar from the gods. Fact is, I’m gonna need it today. I’ve already been awake for two hours.

Life on the road is amazing, but some days are really weird. This is one of them. We flew from San Diego to Honolulu yesterday in anticipation of our nephew’s first birthday party today. He was a mere seven weeks when Will and I saw him last, and Liliana was just a speck in her mama’s ever-growing belly. We’ve been psyched on this trip for many months because the two cousins finally get to meet, and I’m always happy to see my brother-in-law and sister.

But time change is a fickle friend for even the most staunch adult travelers, and Liliana caught a vicious case of jet lag. She handled Europe fine, most likely because that was a fast-forward movement. Hawaii is three hours behind West Coast time, so girlfriend was up and at ’em around 2:57 this morning.

Ever the diligent parents, Will and I tried to fake her out. We lay rigid and immobile in the bed of our studio AirBnB, sure that any motion would indicate playtime to our now-bonkers 7.5-month-old daughter. I even held my breath, willing her to interpret our utter silence as a {very} nonverbal cue for sleepy time. For better or for worse, Liliana is great at entertaining herself, so she wasn’t phased by her parents’ lack of response. Undaunted, she continued with her animated cooing. Turns out, your toes are fascinating playmates during the pre-dawn hours. Who knew? 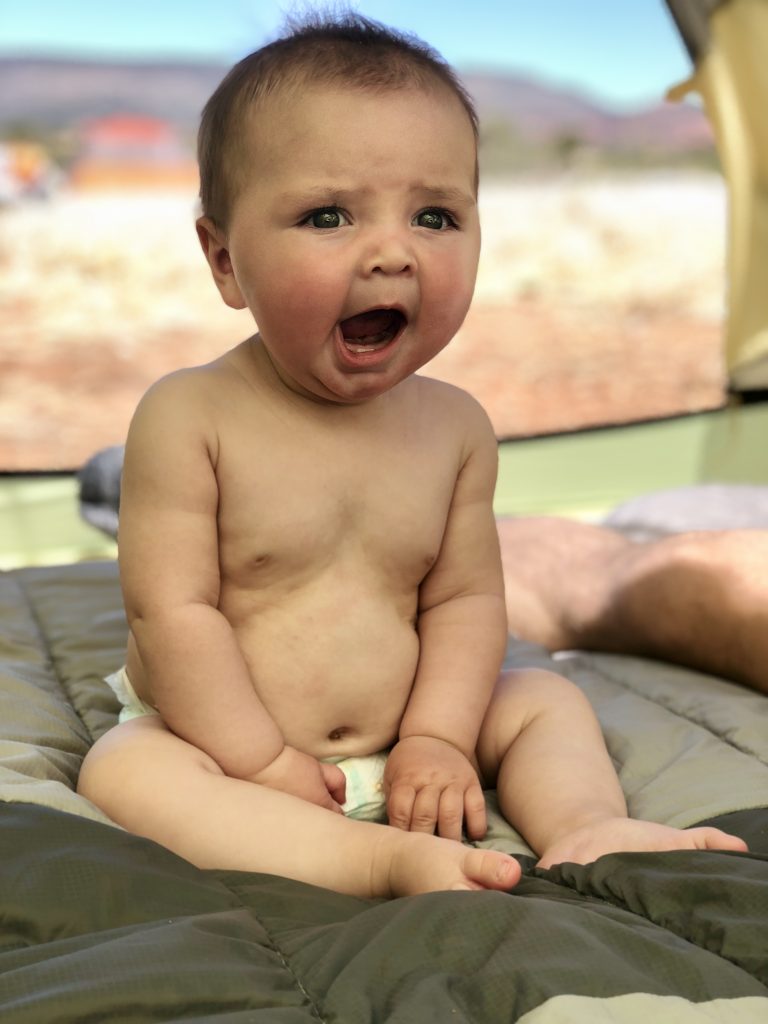 After what felt like an eternity, I settled on Plan B. I scooped her out of her nest on the sleeper sofa and brought her to bed with us. I’ll just boob her back to sleep, I told Will. She can’t resist the narcoleptic power of the boob.

And for a minute, I thought I’d conquered the beast. As she lay on her side nursing in the darkness, I saw her eyelids grow heavy and the twitchy hand movements calm. Her breathing slowed and the weight of her gigantic head sank into the bicep of my arm. For awhile, the three of us simply lay in bed, feeling the warmth and comfort of family. I glanced over her head at Will and saw his eyes looking back at me. I smiled and he smiled back, both of us knowing that the other was feeling the same thing: This is absolute peace.

But then it happened. Positive that Liliana was out cold, I oh-so-carefully made the move to slide my now-numb arm out from underneath her head, a calculated endeavor that I thought I’d mastered over the past couple of weeks in the tent. Like a zombie come back for the apocalypse, her eyes shot open, a grin immediately spread across her face, and her two chunky legs shot straight up in the air.

And that’s when we threw in the towel. The tyrannical infant had won the battle, so Will and I accepted the old adage: If you can’t beat ’em, join ’em. We flipped on the lights and the three of us partied in bed for an hour, giggling and cuddling as we played peek-a-boo with the sheets. Liliana’s infectious smile filled the small studio and we enjoyed ourselves, regardless of the uncivilized hour. 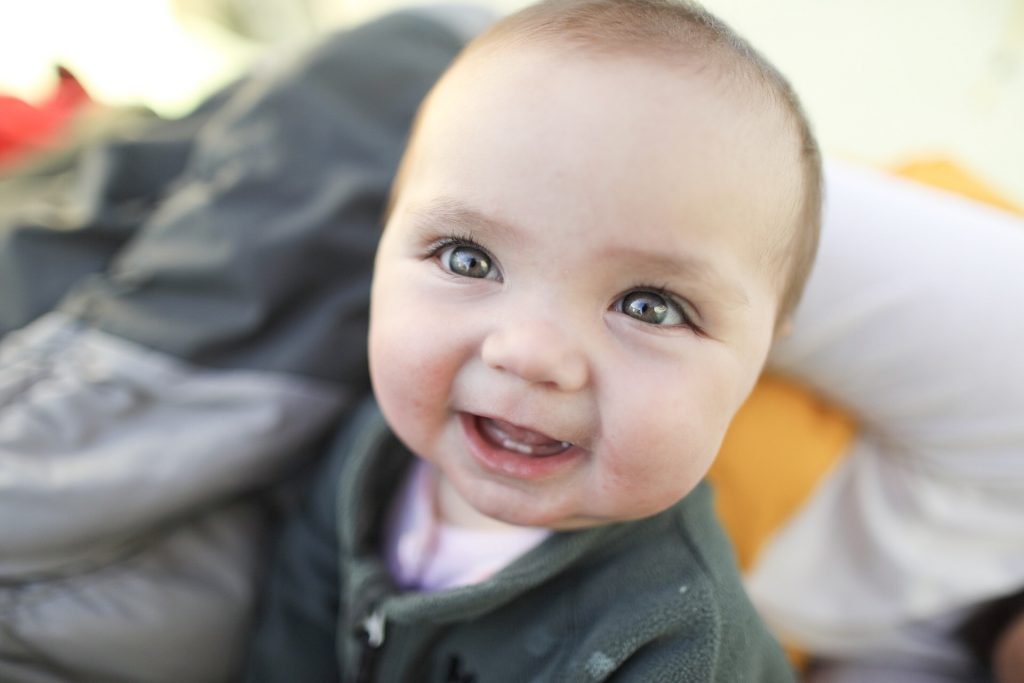 I knew she would eventually tire enough to go back down for a nap {which she did, of course. That’s why I’m working in the bathroom; both she and Will are snoozing in the main living area}. And while I was initially stressed about the consequences of her early wake time {She will be so tired at the party today! Is this lack of sleep stunting her growth? How the hell am I going to function?}, this road trip has helped me grow as a mother enough to understand that these are the golden days.

I won’t ever get these early-morning fun sessions back. As she grows older, she won’t want to play peek-a-boo with our bed sheets and my breast certainly won’t be her favorite place of comfort. There will likely be a few years where I’m humiliating to her and she won’t even like me, let alone awake in the middle of the night just to hang out.

So today, I’ll drink all the coffee I need to float through the day. But I’m not going to stress. Instead, I’ll just savor the fact that we are our daughter’s favorite people and she’d rather be with us than anywhere else in the world.

That feeling is mutual.

The Story: How I Tore My ACL

Bryce Canyon: The Sleeper Park That Surprised Me