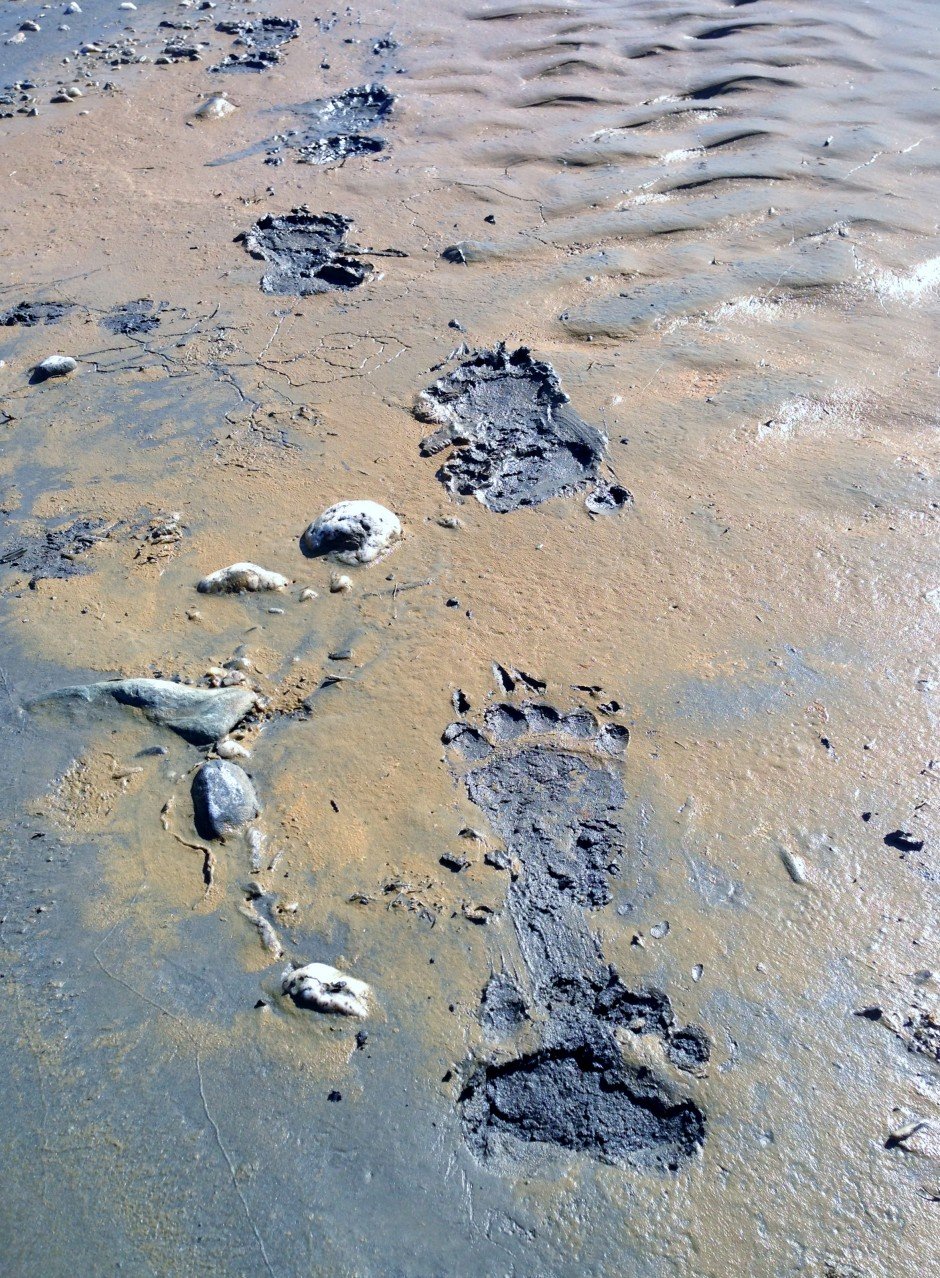 If you follow any outdoorsy sites, you’ve likely already heard the news: a hiker was killed by a grizzly and her cub last week in Yellowstone National Park.

When I first read the story, my immediate reaction was to investigate this hiker. So often, humans get involved and do stupid stuff around wildlife {hello! Bear selfies?!} that I can’t help but question the impetus of the attacks. However, it appears that this man– recently identified as Lance Crosby– was a seasoned hiker, knowledgeable in the ways of the backcountry. He was a Montana-based as a long-term seasonal employee of the park. He lived in the park for five years as an employee of Medcor, the company that runs the park’s three urgent-care clinics. Crosby was a regular on the trails and knew what he was doing. 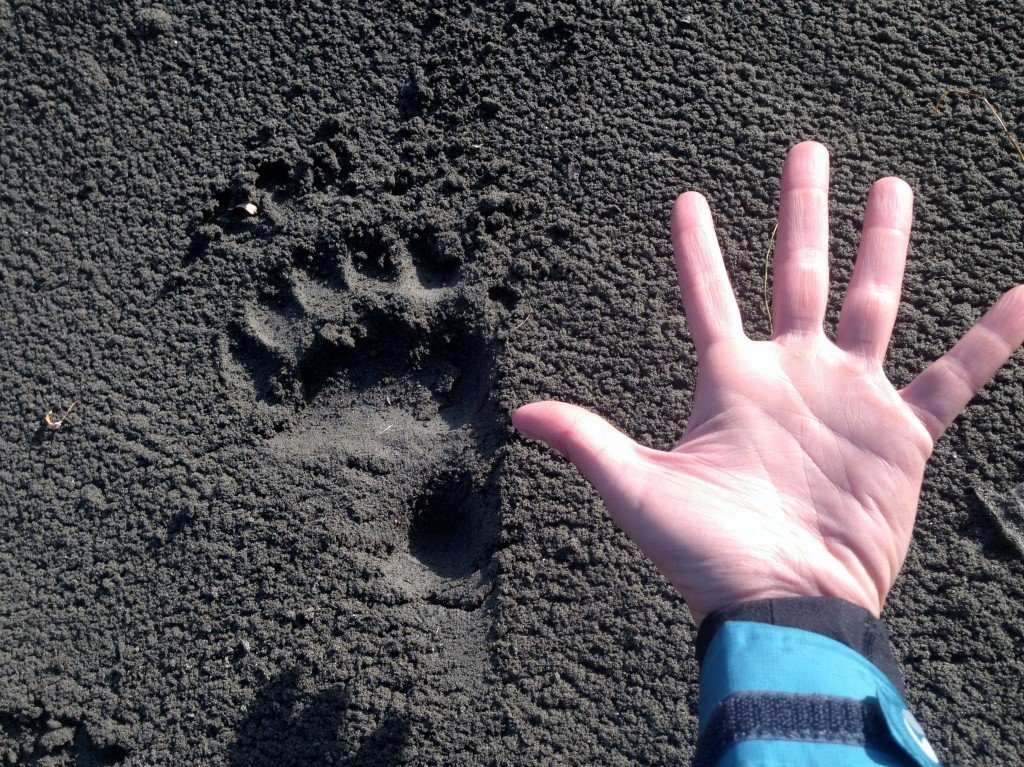 Grizzlies were all over in Gates of the Arctic. This was a “small” paw print.

In short, it is highly unlikely that Crosby did something irresponsible to provoke the grizzly. And if he didn’t provoke the bear, why did it attack?

Based on the press release from Yellowstone, it appears that the bear {referred to as The Yellowstone Bear} may have been in “predatory” mode. Crosby had defensive wounds on his forearms, and his body was found partially eaten and covered on the side of the trail. This is not typical for bears.

Of course, now there is the drama.

Using tracks at the scene, officials were able to determine that it was both a grizzly and a cub. In the interest of public safety, official sets traps on Friday. If they caught a bear that appeared to be involved in the attack, they would euthanize it. 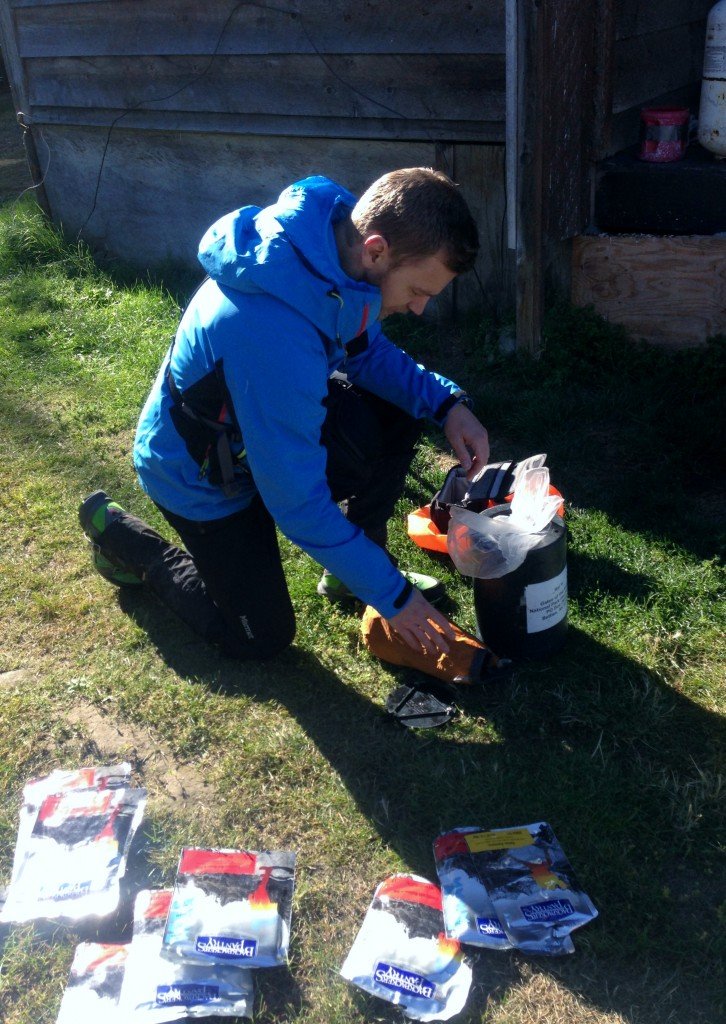 Wildlife biologists caught a grizzly over the weekend and–pending a DNA test using samples from the attack site–will euthanize this bear. If that happens and park officials can’t find a home for its two cubs–one is captured, the other is in the wild–they will euthanize them too.

Guys, this is so messy!

I can’t even imagine the pain that Crosby’s family is dealing with. I spend a ton of time in the backcountry and there is always that fine line between man and wildlife. Grizzlies don’t care whether you’re a day hiker passing through at a park or whether you’ve crossed the line into their territory; they are animals. We can’t explain their behavior as well as we would like, but is it fair to kill both the bear and the cubs for being…well…animals? 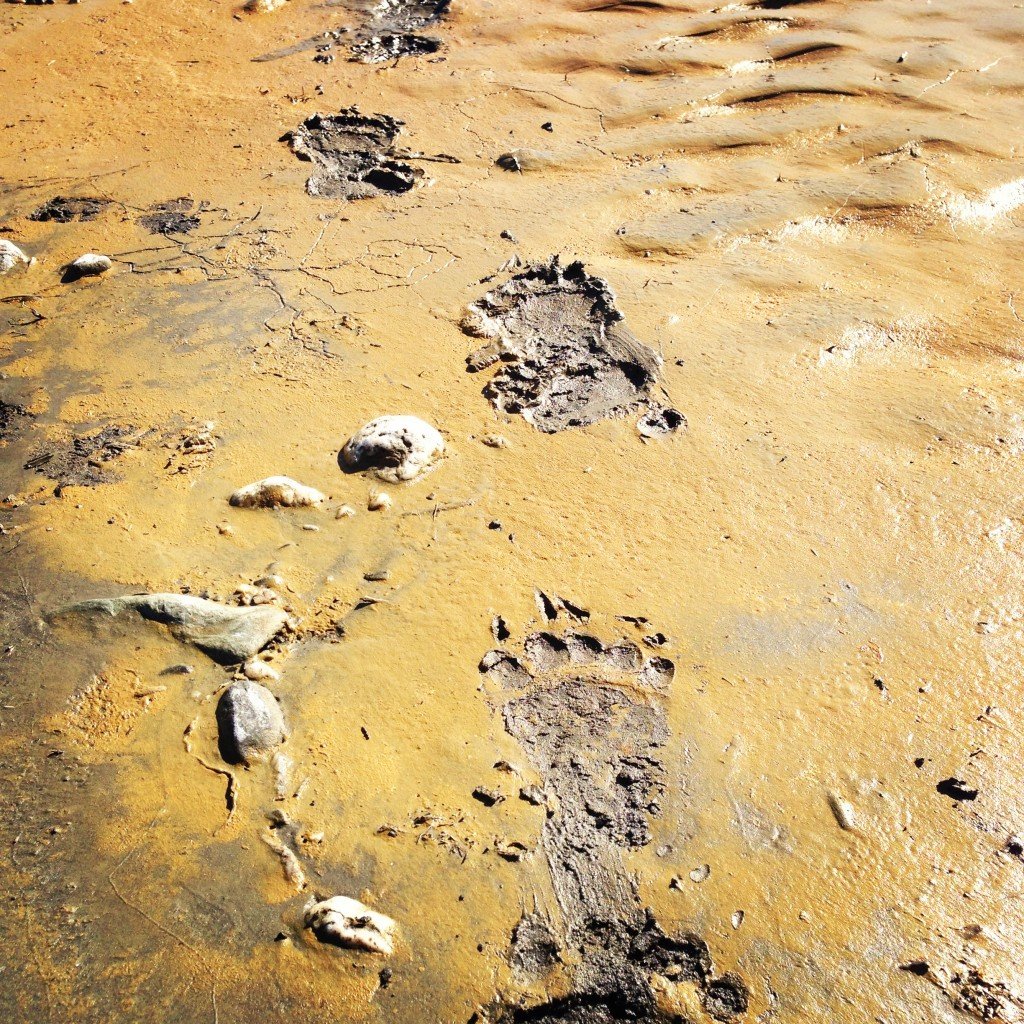 Do you see those claws?!

Conversely, I 100% understand where park officials are coming from. Yellowstone National Park is one of the most popular parks in the country and public safety has to be at the forefront of their thoughts. And to their credit, they are being enormously fair about the situation. If they had witnesses to prove that The Yellowstone Bear attacked in order to protect her cubs, the situation could be different. But in light of the current evidence, it may just be a grizzly-gone-wild situation. Why wouldn’t Yellowstone want to protect its 3.5 million annual visitors?

Note: Every time something like this happens, people jump to conclusions in regards to bear attacks. It’s worth noting that bear attacks are incredibly rare. The most recent fatality caused by a bear attack was in 2011. Prior to that, there hadn’t been bear-attack fatality in 25 years. 1916 was the first year someone recorded a fatality in the park, and there have only been eight since then. Source for information can be found here.

Sound off! What are your thoughts on The Yellowstone Bear? Should it be euthanized? Or sent to a zoo? Do parks need to work on better bear-awareness programs?

Solo Women and Trails: Scary or Not?