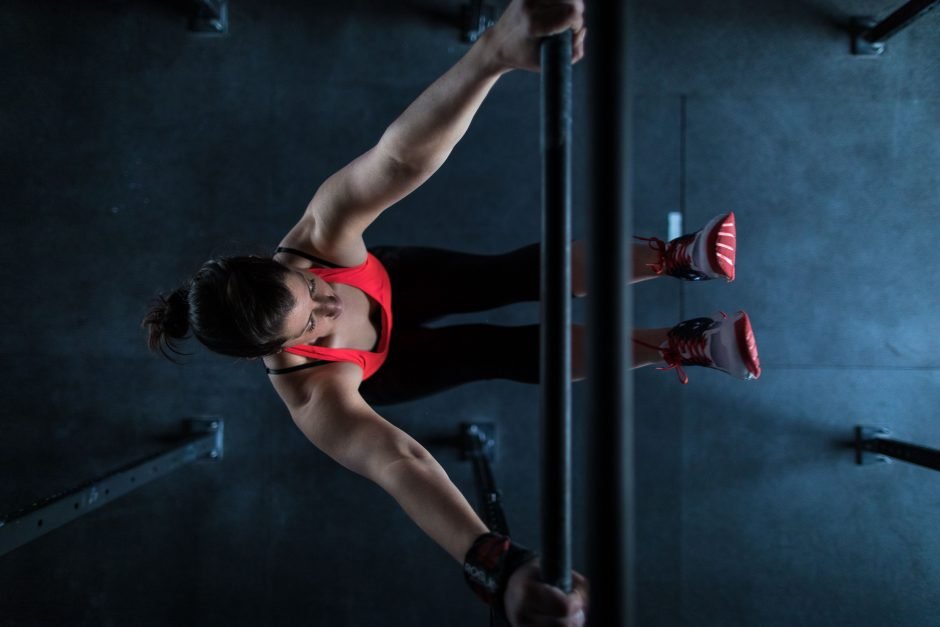 Nine months later and I can finally cross this item off the life list; I passed my CrossFit Level 1 Certificate course!

I began my CrossFit coach training back in September, 2016, and have been gradually working towards this goal ever since then. You see, this is one of the many differences at Big Horn CrossFit that you don’t find at a lot of other CrossFit gyms; they put a lot of training and energy into their coaches. Not only have I been personally CrossFitting for almost five years now, but I also spent the past nine months working with coaches in a one-on-one basis.

What did we do? A lot! The first few months were spent learning how to teach the nine foundational movements: air squat, front squat, overhead squat, shoulder press, push press, push jerk, deadlift, sumo deadlift high pull, and a medicine ball clean. Then, my coaches taught me how to instruct the Olympic lifts: the snatch and clean and jerk. 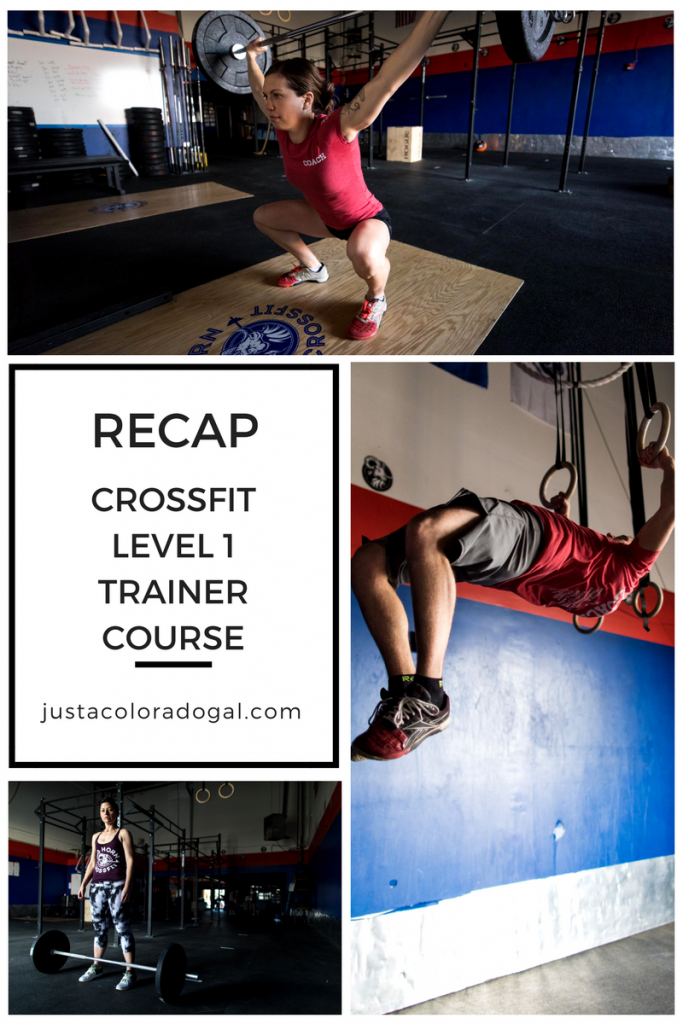 Personally, I’ve known how to do all of these lifts for years {although my technique sure isn’t perfect!} But it’s entirely different when you are trying to teach someone else how to move the barbell. There is so much to watch for to ensure proper form and safety, and Big Horn really makes sure you are competent with a barbell before stepping foot on the floor as a coach.

After that, the rest of my training was a cinch. For the past few months, I’ve been “shadowing” classes, or coaching classes with another coach monitoring me. Each time, I’d receive constructive feedback that helped improve my coaching skills for the next time. Since I’ve been a coach in various capacities over the years, this portion of the training wasn’t too tough for me; I enjoy working with people! 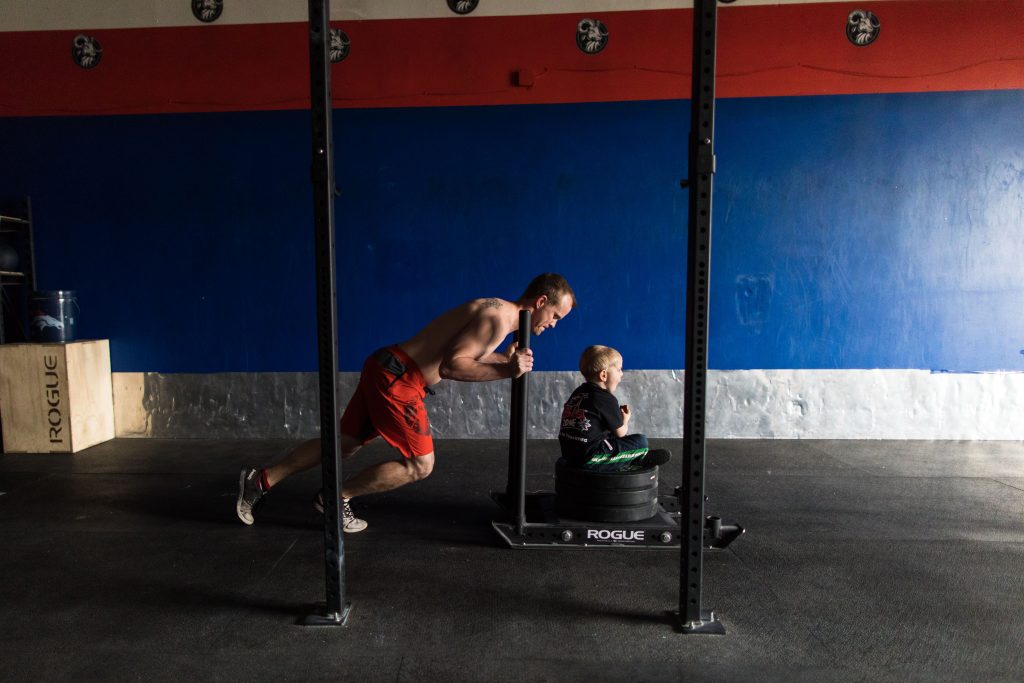 I don’t have any photos from my L1 weekend, so these are all photos from a shoot Will and I did at Big Horn. You aren’t allowed to take any photos during your L1 weekend {nor was I there to be all paparazzi on our trainers!}

After all of that, I was ready to take my CrossFit Level 1 Certificate course! Per CrossFit HQ, you cannot be a coach until you have sat in on this seminar and passed the test at the end. With so much experience under my belt, I felt relative confident heading into the weekend, but there was still a bit of lingering doubt in the back of my mind. After all, the training manual was 226 pages long; that’s a lot of info!

The course took place the first weekend in May at CrossFit Roots in Boulder. Each day {Saturday and Sunday} began at 9 am and ended around 5:30 pm. I showed up at 8:30 on the first day, ready for checkin. I will admit that I was a touch nervous; I was very obviously pregnant at this point and while confident that I would be able to handle everything without any problems, I still had a bit of concern. Would today be the day I started puking up my prenatal vitamin?! Would I be so gassed that I couldn’t complete the workouts?!

Naturally, I freaked out for nothing. As you do.

Immediately, we were introduced to our instructors and y’all, I was psyched. I couldn’t ask for a more educated and thorough group of instructors! There were five in total: EC Synkowski, Nicole Christensen {owner of Roots}, Becky Harsh, Brian Chontosh {Tosh}, and Kevin Ogar. In all seriousness, it was a bomb group! 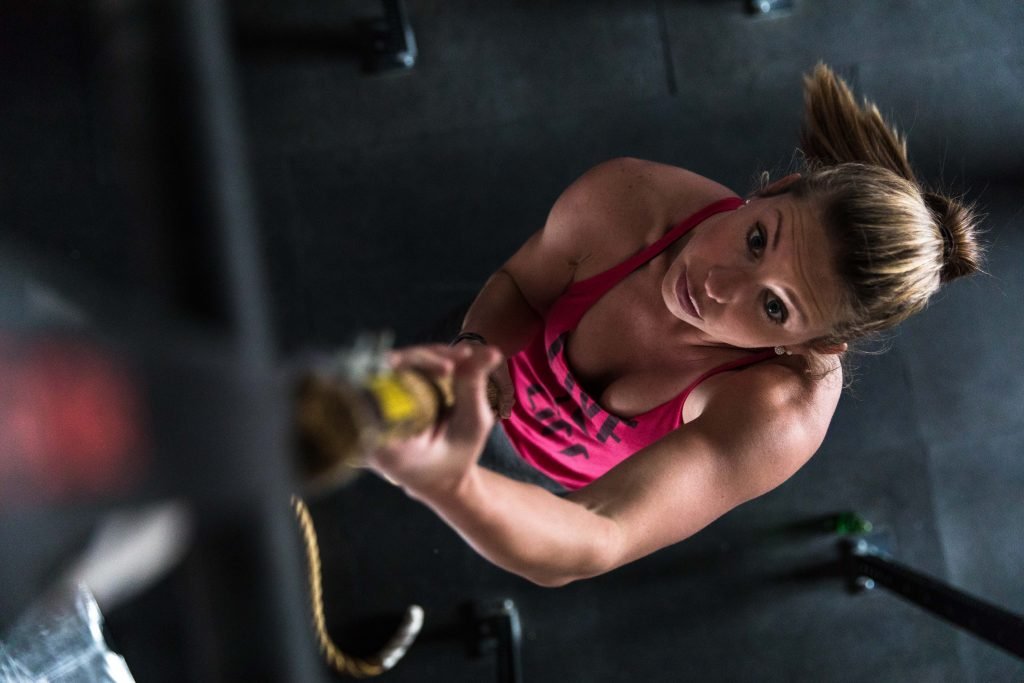 The two-day seminar was broken into four main categories: methodology lecture, movement lecture and practice, workouts, and the final exam. We knew the test was at the end of the second day, and I’d been told that if I paid close attention during the lectures, everything was covered. But, I’m a school nerd and I hate to perform poorly on any type of test. I focused so hard over those two days, terrified that I would miss a single thing!

One of my favorite parts of the weekend was the small group breakout sections to dissect each foundational movement. We’d first sit through the lecture on the air squat, for example. Then, we’d break into smaller groups of 9-10 people to cover the movement in depth with one of the trainers. This was awesome for a couple of reasons. First of all, it’s good practice to have someone entirely foreign to you analyze your form! So often, we think of basic movements like an air squat as “easy” or “not a big deal.” That’s when performance flaws begin to happen and if you don’t catch them, they turn into habit which is tough to break. Having a new set of eyes on my technique was invaluable.

I also enjoyed this portion because it was a reminder to me that these nine foundational movements are brutal, even on their own without any weight. In these small groups, we never used anything more than a PVC pipe. No barbell, no weights, nothing. You’d think that would be easy, right?! 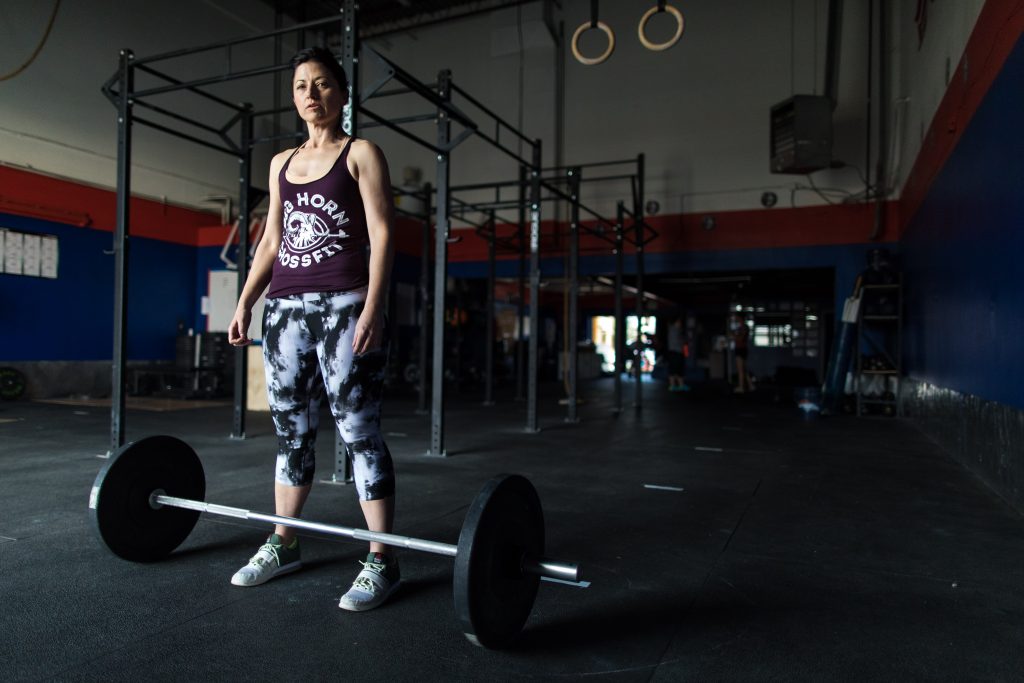 No! OMG, y’all. I walked out of the first day so incredibly sore! When you’re repeatedly practicing the same movements in an attempts to attain perfect form, every single muscle in your body is tightened. I had grown a bit grandiose in thinking that a shoulder press with a PVC wouldn’t do much for me, but I was so wrong. My shoulders were tight the next morning!

For many, the highlight of each day was the workout itself. In fact, if you google recap blog posts you’ll see plenty of bloggers highlighting their day with a capstone about the workout. While the workouts were fun {of course!} and it’s always nice to get some movement in, I don’t feel as passionate about them in the context of this certificate course.

Yes, I was pregnant so I had to tame my workouts down to begin with {And Nicole was a great trainer for that purpose since she has been through two pregnancies while still CrossFitting.} But that aside, I simply viewed the workouts as another means to practice what we had just learned. I wasn’t there to be competitive with others nor to push myself; I was there to learn and grow as a potential new trainer at my gym. 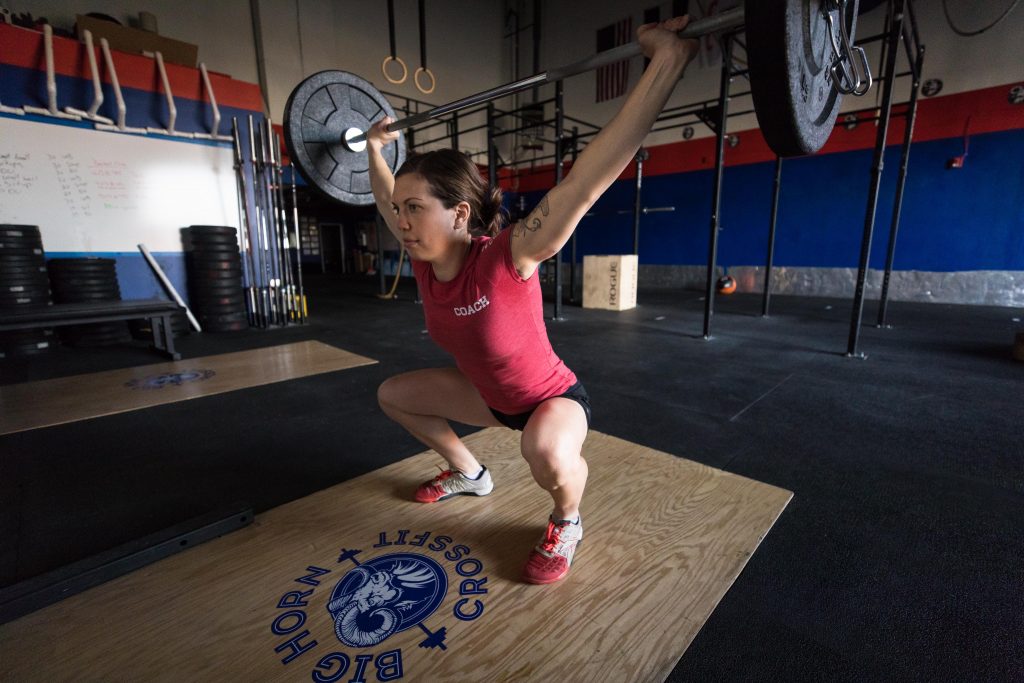 To that end, here’s the truth: I can’t even remember what our two workouts actually were! Goes to show you how important they were to me in the context of the entire weekend.

Of course, at the end of the weekend, the exam was administered. It was 55 questions, five of which did not count towards your final score {They were potential for future exams.} I had been warned by many people that the test was tough, but I truly didn’t think it was bad at all. If you studied the training manual and paid attention in the lecture, the information was all included. 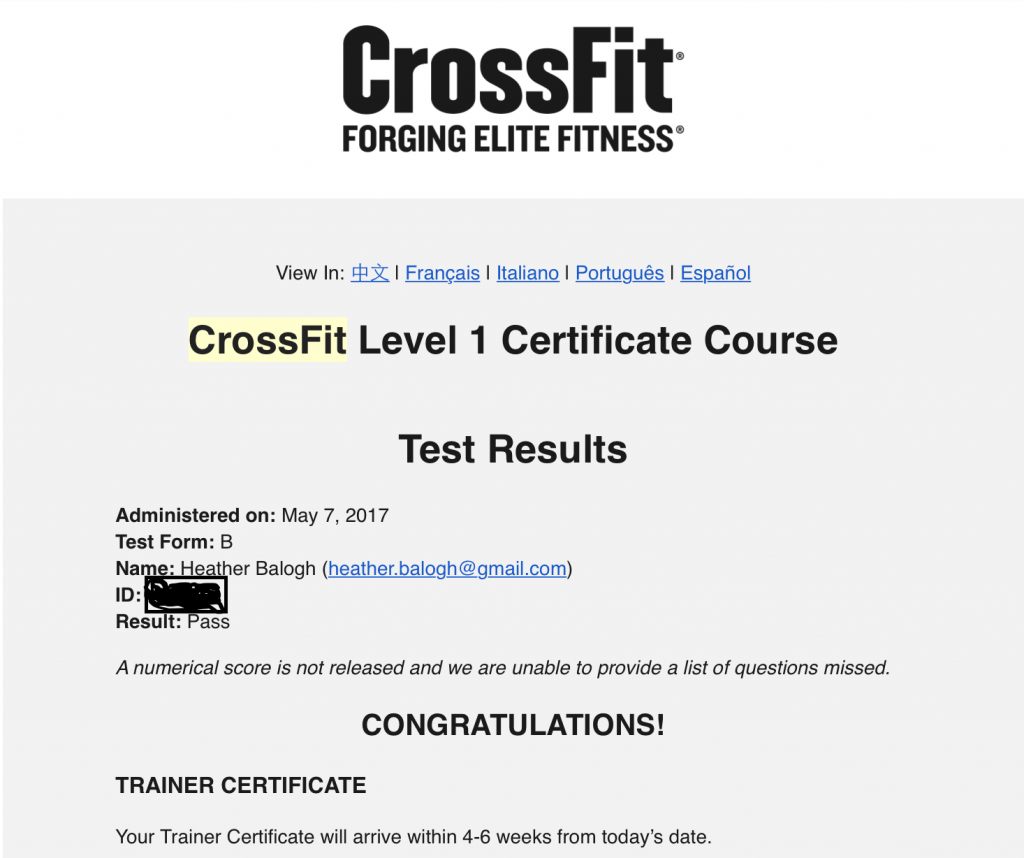 In other good news, I passed! I received email confirmation a week after the course, congratulating me on passing. I’m still waiting on my official paper certificate in the mail, but I’m legally allowed to coach now. In fact, I’m starting on the floor at Big Horn in one week!

Hint, hint! If you’re local and are curious about the sport, hit me up and come try it out!

More than anything, taking this course reminded me of something that my gym’s owners have said for a very long time: possessing your Level 1 Certificate does not qualify you to coach CrossFit.

Per the legal rules, yes, all you need is that slip of paper stating that you passed your test. Technically, you are then allowed to be a coach. But here’s the thing: the L1 course simply provides you with the basic tools needed to become a coach. What you do with those tools and how you choose to implement them is what delineates you from the billion other people out there who have that same piece of paper. 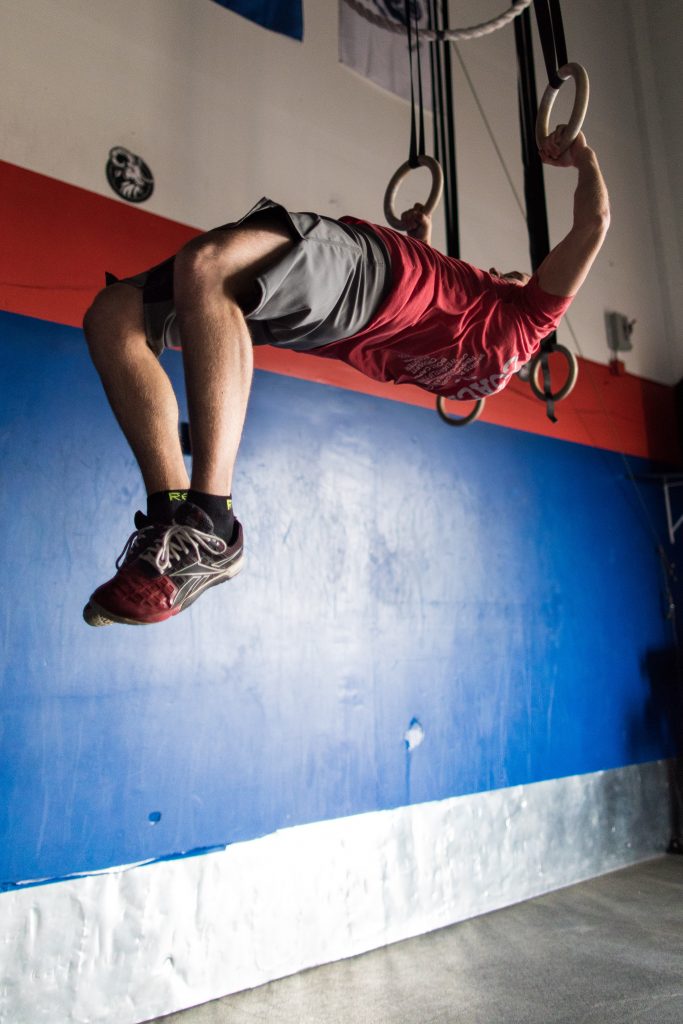 The CrossFit L1 course is *not* meant to teach you how to coach CrossFit; it is not meant to teach you how to manage a class; it is not meant to teach you the millions of different cues that may or may not work on each individual athlete. At the beginning of the weekend, the trainers had people raise their hands if they’d been doing CrossFit for less than one year, between 1-3 years, over three years, and over four years. Of the 50-ish people in attendance, I think there was only one other besides myself who had been CrossFitting as long. Yes, I was an OG in the room {And pregnant to boot, which really made me feel like the Mother Hen of the weekend!}

Truth be told, I was shocked when I saw the number of people who raised their hands, indicating they had been CrossFitting for less than one year. I’d wager that it was almost half the class. Personally, I was in no position to be coaching others at that point in my CrossFit journey. I barely could do a snatch, let alone walk someone through the proper progression!

Does that mean all those people won’t be good coaches? Of course not! The next Nicole Christensen may have been sitting in that room. I simply point it out as a fact. If you’re looking for a CrossFit gym, do your homework. Don’t be afraid to shop around and research the available trainers. Look into their credentials and ask how long they’ve been coaching. If you sign up for a membership, you are entrusting your health, wellness, and finances {!} to these trainers, so I think it’s a great idea to ensure you receive the utmost coaching that you deserve.

To circle back to my point at the beginning, this is why I am proud to be coaching at Big Horn. I’d honestly put their coaching program up against any other in the state, and I can personally attest to the loyalty, care, and dedication the owners and coaches have for their members. I wasn’t thrown into my L1 in the hopes that I could eek out a passing score so I could fill some blank spots on the schedule. Instead, I was carefully trained over the span of a year {almost}, and I can confirm that there was nothing shocking in my L1 weekend; I had learned it all from Big Horn already.

And knowing that, I’m psyched to hit the floor in a few weeks!

Backpacking 101 In The Wild

Celebrating World Oceans Day…Or Did You?