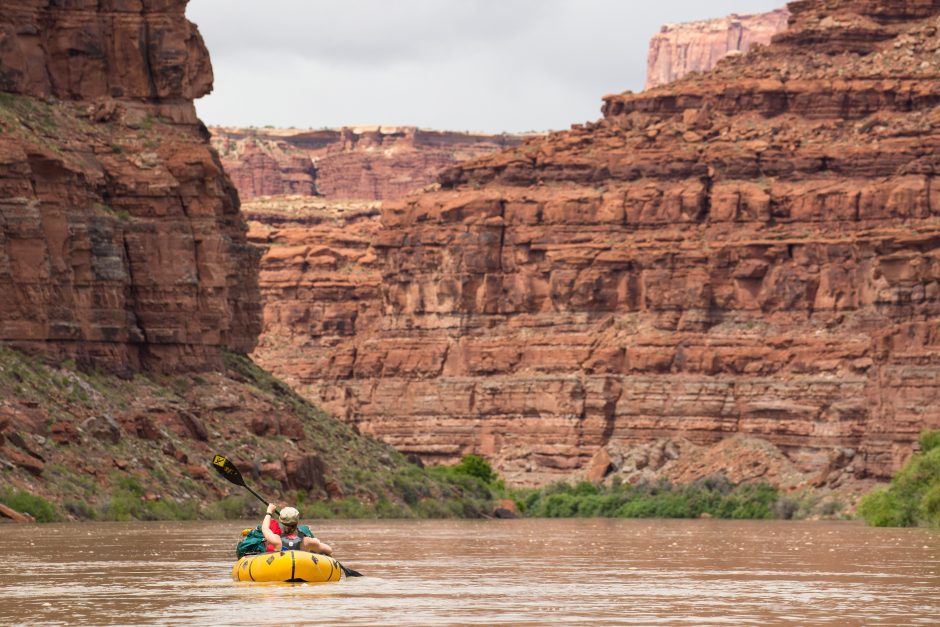 Update (February 7, 2017): Last week, Utah Governor Herbert signed a resolution urging the Trump administration to rescind Obama’s designation of Bears Ears. As a result, Patagonia announced in a statement today that they would pull out of Outdoor Retailer.

Rose Marcario, president and CEO of Patagonia, said in a statement: “Utah has made it clear that their elected officials do not support public lands conservation nor do they value the economic benefits – $12 billion in consumer spending and 122,000 jobs – that the outdoor recreation industry brings to their state. Because of the hostile environment they have created and their blatant disregard for Bears Ears National Monument and other public lands, the backbone of our business, Patagonia will no longer attend the Outdoor Retailer show in Utah and we are confident other outdoor manufacturers and retailers will join us in moving our investment to a state that values our industry and promotes public lands conservation.”

When you walk the show floor at Outdoor Retailer, you’ll run into industry vets who have been attending that particular trade show since the mid-90s. I’m not one of them. This month’s Winter Outdoor Retailer {OR Show} was my ninth or tenth show. And per usual, it was fun because OR is *always* fun. The attendees are the types who wear flannel and drink beer as part of their usual routine; what’s not to like about that?

But this show was different due to the current political climate. Sure, we all laughed and joked but it felt different. There was a thick undercurrent of fear and uncertainty. Inevitably, one topic came up: our country’s public lands. This reached critical mass on Tuesday morning when an op-ed penned by Black Diamond founder Peter Metcalf ran in the Salt Lake Tribune. The title?

“Time for Outdoor Retailer to Leave Utah and its Anti-Recreational Policies.”

For most people in Utah, I imagine Metcalf’s article felt like a sucker punch. After all, it was Metcalf that helped jumpstart Utah’s outdoor industry  by relocating Black Diamond there in 1991. He also championed for OR Show to move there in the mid-90s. These days, Utah is a national outdoor mecca with–in my opinion–the best desert and canyon landscape in our country. Per Metcalf’s op-ed, the outdoor industry in Utah generates $12 billion annually with over 120,000 jobs. 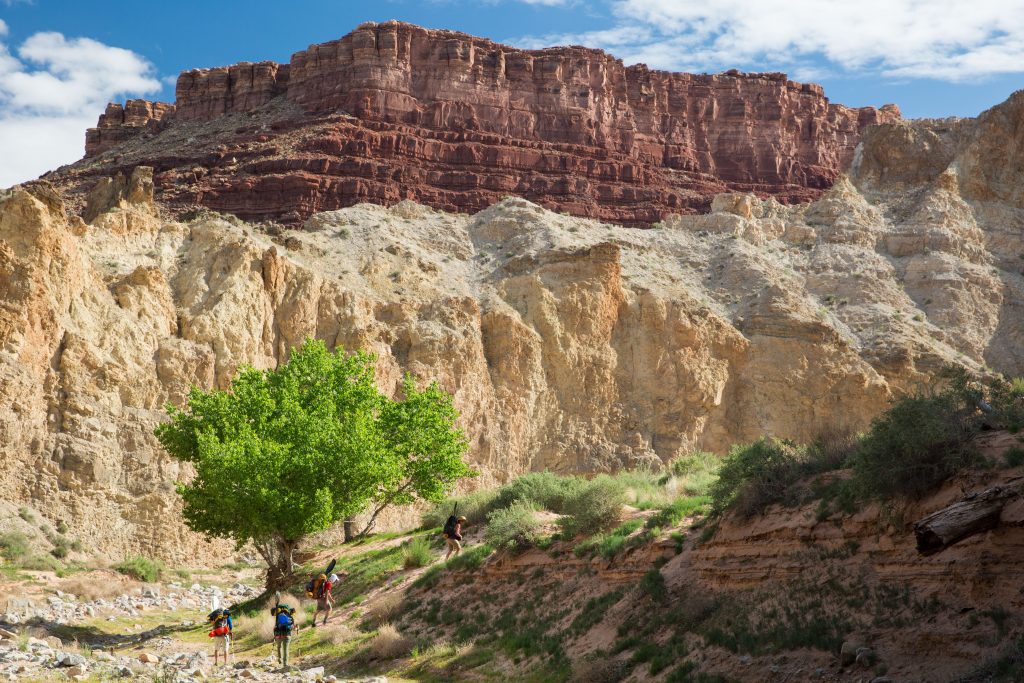 And did I mention that Outdoor Retailer alone brings in near $50 million annually in direct spending to the Utah economy?

So yeah, I understand why so many locals felt like Metcalf reached through the newspaper and slapped them in the face. By calling to remove Outdoor Retailer from their state, he is advocating to remove a large chunk of income from their economy. But here’s the thing: I might agree with him.

Utah has one of the most anti-public land stances in the country. Considering the entire outdoor industry is based on public land recreation, why would that very same industry want to financially bolster that which is condemning them?

Because that’s exactly what some politicians decided last week, led by Utah Republican Representative Rob Bishop. While everyone was in an uproar over the changes to the country’s healthcare system, Bishop and other Republican lawmakers quietly authored a provision that orders the Congressional Budget Office to apply zero value to all federal lands when making decisions regarding the federal land. In a nutshell, this new language states that federal lands are literally worthless.

Why does that matter? In plain English, this group of politicians wants it to be a matter of federal policy that these lands have no monetary value when it comes to giving or ‘selling’ them away to state and/or corporate interests. Basically, this step paves the way for Congress to potentially hand over millions of acres of public lands to exploit for private gain….like oil and gas.

This doesn’t affect national parks, but it does affect National Forests, Bureau of Land Management areas, and Federal Wildlife Refuges. All that backcountry skiing I did this weekend? It was in a National Forest area. These areas contributes $646 billion annually in economic stimulus from recreation, and create a whopping 6.1 million jobs.

H.R. 621 is scary: the bill calls for 3.3 million acres of federal land to be sold off. This land is in Arizona, Colorado, Idaho, Montana, Nebraska, Nevada, New Mexico, Oregon, Utah and Wyoming. 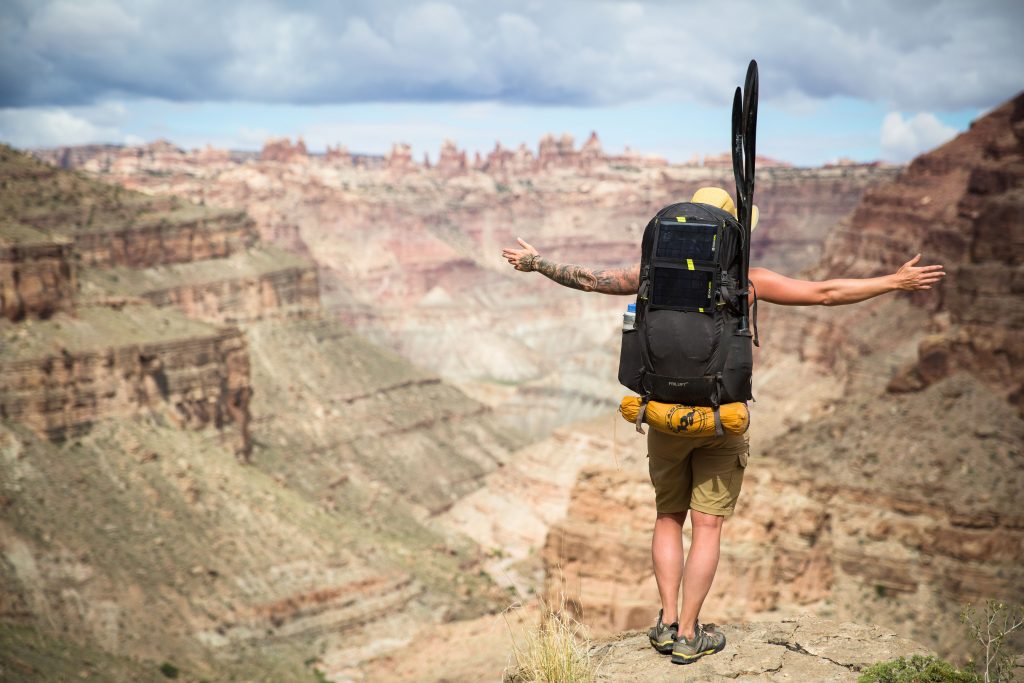 H.R. 622 seeks to completely terminate law enforcement functions of the Forest Service and BLM. Introduced last year, 622 never made it further than the introduction thanks to former Secretary Sally Jewell. Now that she is no longer running the Department of the Interior, there is a chance this bill could go the distance.

“Bears Ears” is the coined term for a 1.3 million acre plot of land in southeast Utah. Nestled in that sprawling mass of wilderness are twin buttes, cleverly termed Bears Ears. In addition to being a beautiful area, Bears Ears is the home to tons of Native American burial sites; the land is considered sacred. Near as I can tell, people have been battling over this land for decades.

Of course, that was until former President Obama wrapped up his final term by using the Antiquities Act to designate the land a national monument on December 28.

How Does All Of This Affect Outdoor Retailer?

As an outdoor enthusiast, public lands are at the very soul of my being. The thought of these lands continually being ripped away is heart breaking.

I’ve had some conversations with friends who think putting these lands in private possession is a good thing. I’ve listened when they’ve told me, “Private owners take care of things better.” And I get it. In fact, that *could* be somewhat accurate. But will they share it with all of us? Seems unlikely.

If you read my site, there is a chance you too enjoy playing outside. How would you feel if your favorite trail for running was stripped away and sold off since it exists on BLM land? Or if that favorite backcountry skiing haunt was no longer accessible thanks to oil and/or gas extraction?

I couldn’t care less about political parties: I care about our land. Regardless of what side of the line you fall on, I think we can all agree that money talks and the entire country’s political hierarchy begins and ends with the almighty dollar. So how can we argue that the outdoor industry should continue to pour millions upon millions into a political regime that persists on suppressing our public lands?

Interestingly enough, my small sample survey on the show floor of Outdoor Retailer told me that most people felt the same way. We all love Utah; it’s easily one of my favorite places to visit thanks to canyon country. But those that I spoke with agreed that they wouldn’t mind leaving Salt Lake in order to stand up for their beliefs since the state appears to be in an all-out assault on our favorite playgrounds.

Not surprisingly, the most adamant about Outdoor Retailer staying in SLC were locals. I understand that; you have pride in your hometown, as you should. Quite a few of them told me that the outdoor industry should, “stay and fight!” 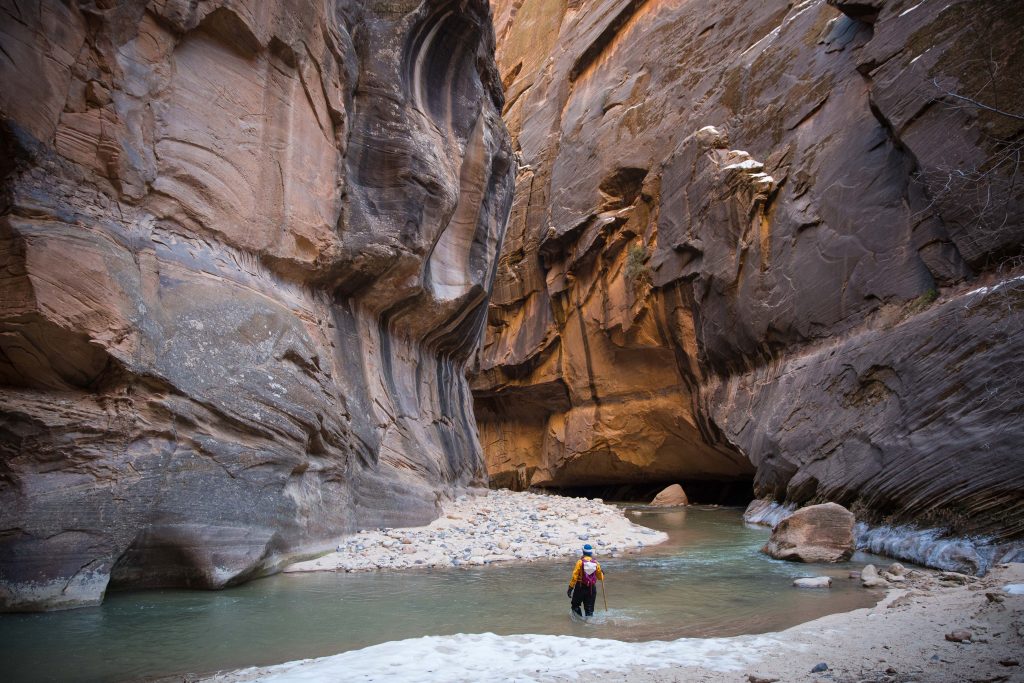 Here’s the thing: I absolutely agree with that. And for those of my friends that live in Utah, I strongly believe that you should do just that. As a tax-paying citizen, these representatives are your hired employees: tell them how you feel and do it in such a manner that they can’t ignore you. You are a constituent and your vote helps determine whether they keep their job. You personally have influence over their policies.

But for the rest of us who don’t live in Utah, who merely come in twice {Or more!} per year for Outdoor Retailer, how does continually attending the show help us fight? We have no influence since we are not residents. Near as I can tell, all our attendance does is continually pour money into the anti-public land policies. And in a twisted world where politics appear to be highly influenced by green paper, I think we should consider removing that from the equation. Perhaps Utah’s representatives would listen to the outdoor industry more if they really believed that a metric ton of cash was going to be taken away from them.

I also realize that entirely yanking the show out from under SLC is heartless. There are people in that community who depend on the income from the outdoor industry. This is why I fully support Patagonia’s stance on the stay-or-go topic.

On January 11, the day after Metcalf’s op-ed, Patagonia CEO Yvonne Chouinard took to the company’s site to pen his opinion. “We love Utah, but Patagonia’s choice to return for future shows will depend on the Governor’s actions. I’m sure other states will happily compete for the show by promoting public lands conservation.”

To me, this is the next step. Technically, Outdoor Retailer’s contract in SLC is up at the end of 2018. Perhaps, if enough outdoor brands threaten to boycott the show–and actually intend to follow through on their claims–Utah’s government will get the message. Maybe it will only take one show for the governor and state reps to realize that the outdoor industry means business.

Please, Utah. Show the outdoor industry that you actually want our business.