Dining with the Ghosts of Wreck Beach, Australia 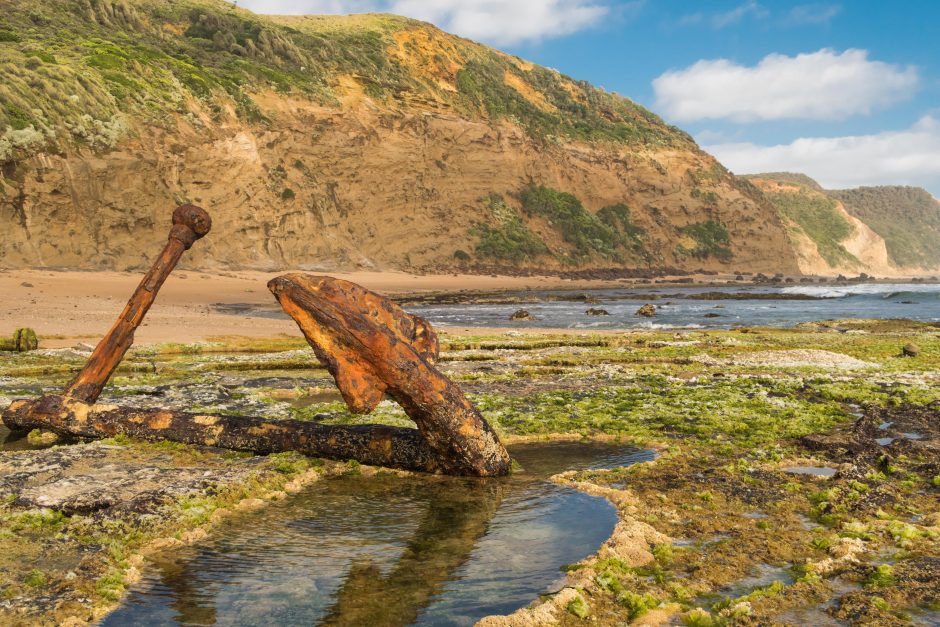 Some claim Wreck Beach, Australia is haunted. Others say it is spiritual. I like to think it is a mix of both.

Dubbed by many to be a “secret spot” on Australia’s popular Great Ocean Road, Wreck Beach isn’t so secret. It just requires a bit of work and leg muscles to find this not-so-well-marked beach location. We were willing, able, and oh-so-excited, and I daresay it was the highlight of my Australia experience. 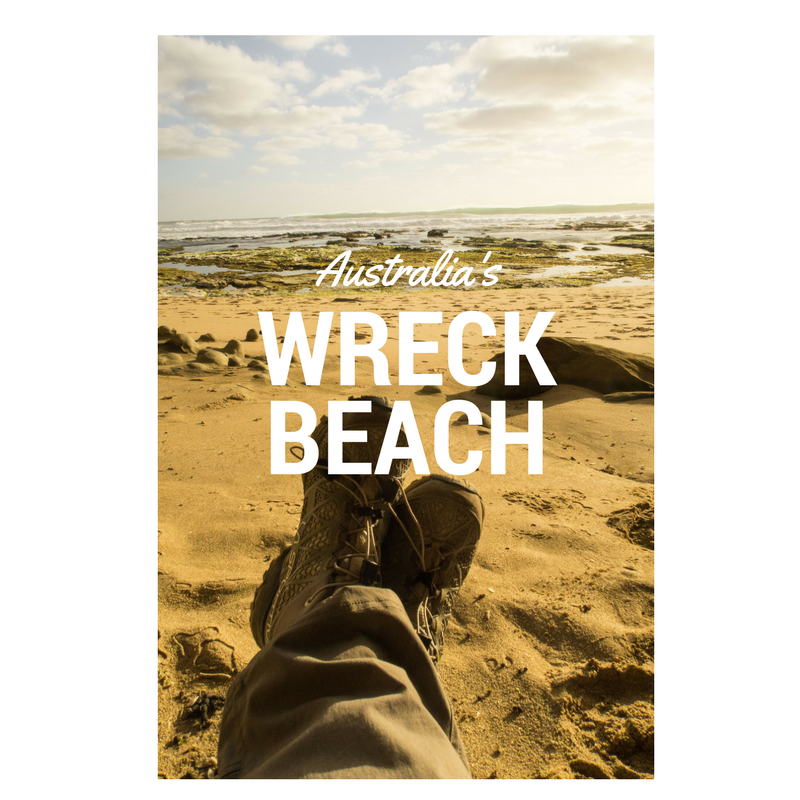 A substantial 366 steps descend down to the beach from the parking lot. For me, it felt almost as if I was climbing down into another world. After landing on the beach, Will and I gazed around the sand looking for evidence of a shipwreck. We saw nothing other than a few confused footprints in the sand that headed in both directions. 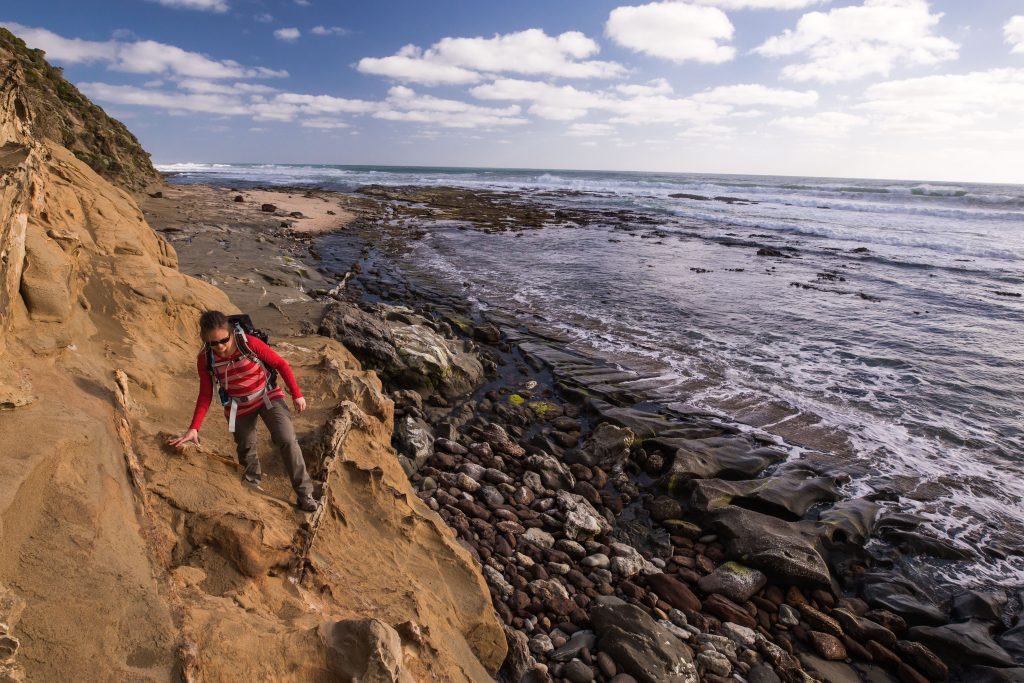 “Hang a right?” he suggested.

We began a sand-filled walk to the right, admiring the crashing ocean waves and the brilliant warmth from the sunshine. And then, off in the distance, I spotted a small curved line that jutted into the horizon. 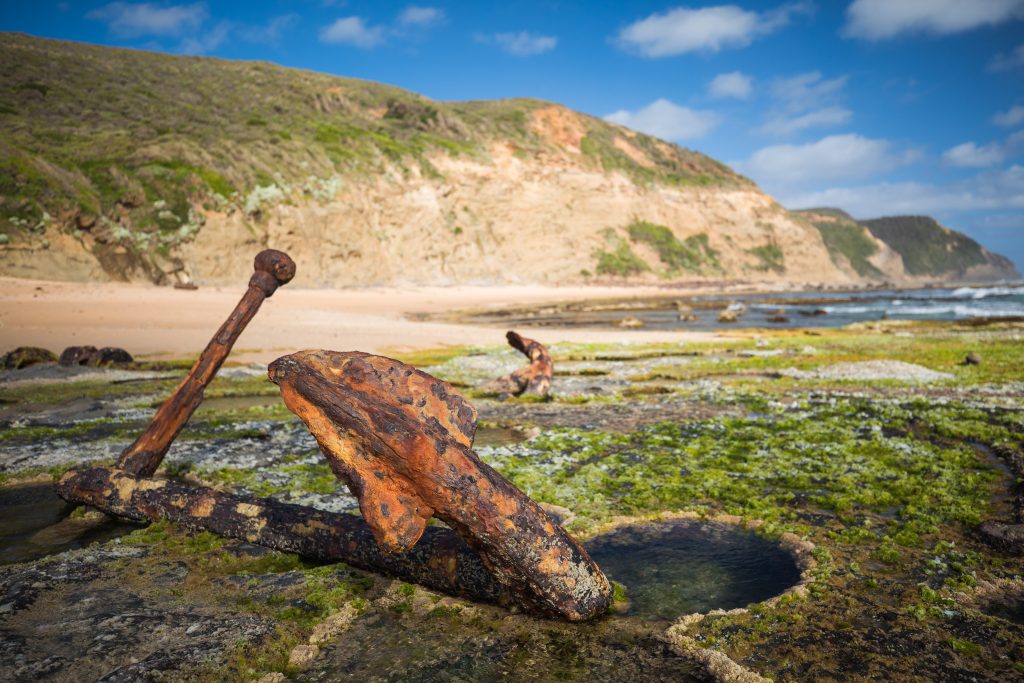 We eventually reached the first anchor, evidence of the Marie-Gabrielle’s demise in 1880. A quick history lesson told me that the Marie-Gabrielle was carting tea from China when some strong winds carried the ship into the reef. There is nothing remaining other than the anchor laying sidewise, encrusted in rocks and salt and surrounded by various aqua-colored tide pools.

We found remnants of the Fiji a few more minutes further up the beach. She crashed into the reef a few years after the Marie-Gabrielle in 1891, and her anchor still remains, completely vertical as it sticks directly out of some rocks.

I stood looking at the anchors–particularly that of the Marie-Gabrielle–for awhile. What had those men been thinking before their ship crashed into shore? Were they scared? Were they happy to die at sea? I guess we’ll never know. 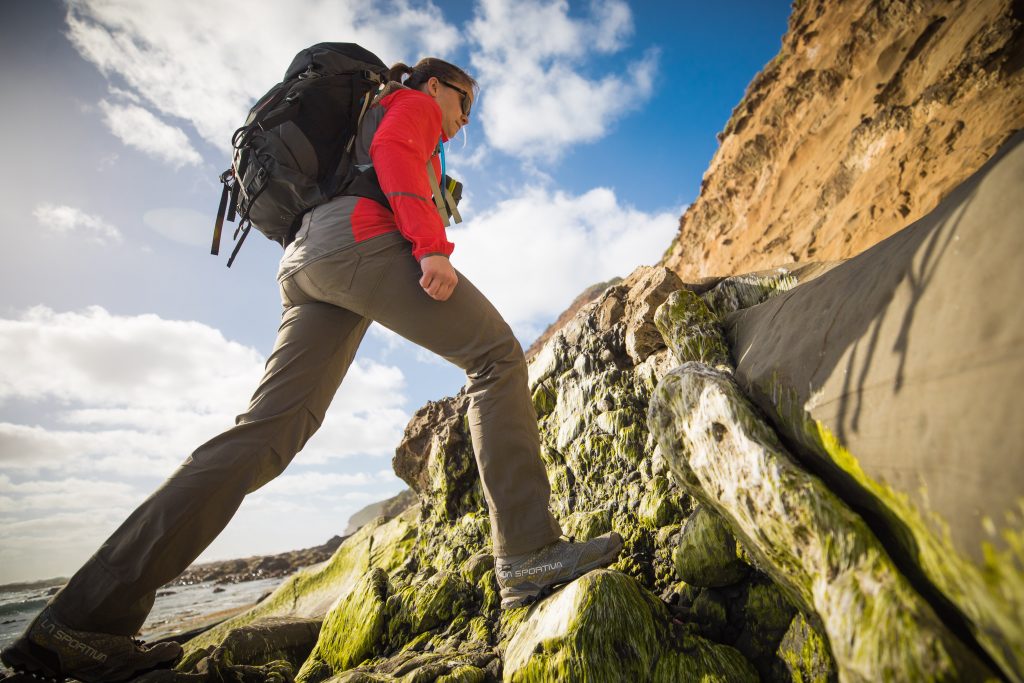 These thoughts consumed me as I sauntered along the beach, eventually settling into a small cave tucked up in the sheer cliffs at the back of the sand. Nestled out of the wind, I watched the surf crash into shore before rolling back out again. I watched for awhile and continued to think about Wreck Beach itself.

In 2016, Wreck Beach was utterly beautiful. If you didn’t know any better, you would never guess that it was such a treacherous spot, especially considering thousands of tourists flock to that particular coastline every year to see the iconic Twelve Apostles. 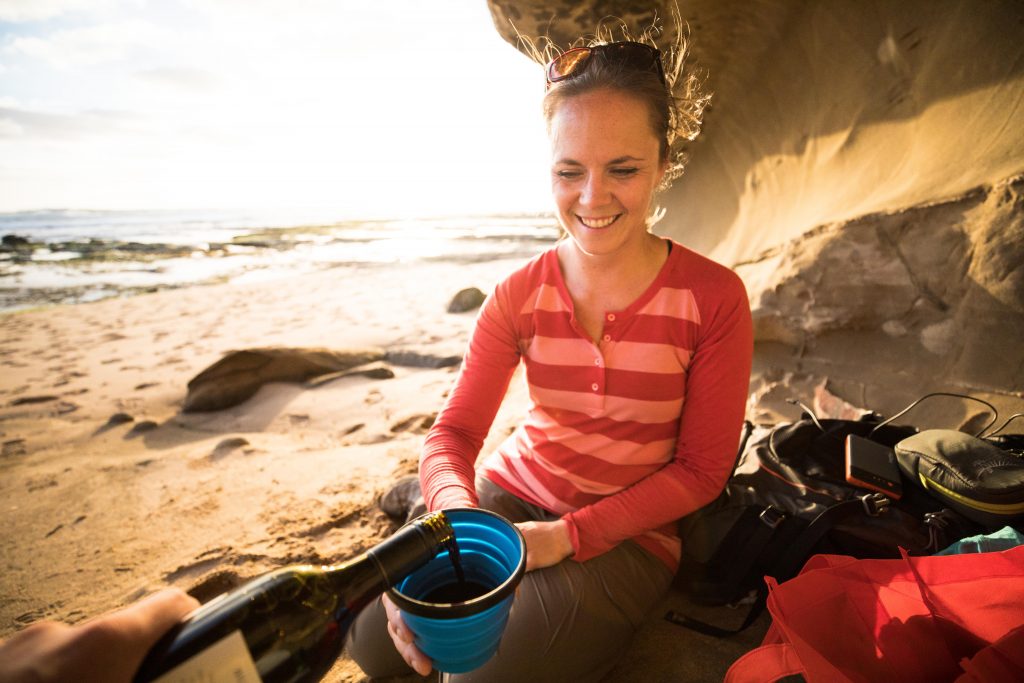 But in reality, the entirety of Shipwreck Coast {the stretch of beach that extends from Cape Otway to Port Fairy} was once 80 miles of devastating terrain. According to historical research, that single stretch of coastline was responsible for 638 known shipwrecks. Only 240 of them have been discovered, including the Marie-Gabrielle and Fiji wrecks. The remaining 400 were merely washed out to sea, buried in the salty water of the ocean, never to be seen from again.

But these days, the final resting place of hundreds of men is simply a beautiful beach from which to watch sunrise and enjoy the scenery. Our small group huddled in the tiny cave with our backpacking stove, cooking our dehydrated dinner and drinking some red wine. We watched the sun continue its descent to the horizon, and as the sky grew pinker and more vibrant, I felt like the sentimental emotions on the beach grew stronger. 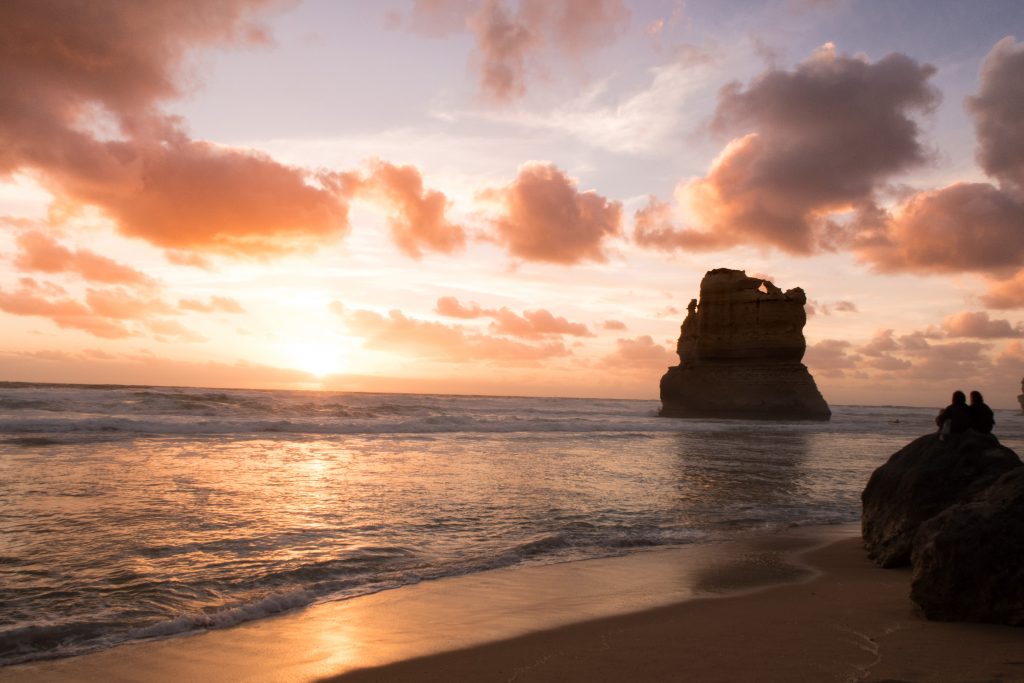 What other haunting reminders of the sea’s wrath existed on that beach?

When to visit: Low tide. Otherwise, the anchors will be covered by the ocean and quite dangerous.

How to get there: Look for signs for Moonlight Head along the Great Ocean Road. When the road forks, hang a right. The road is gravel but any car will work.

Difficulty: Medium. The 366 stairs make for a sporting climb back up to the parking lot.

How to Layer Clothes for Winter Outdoor Activities