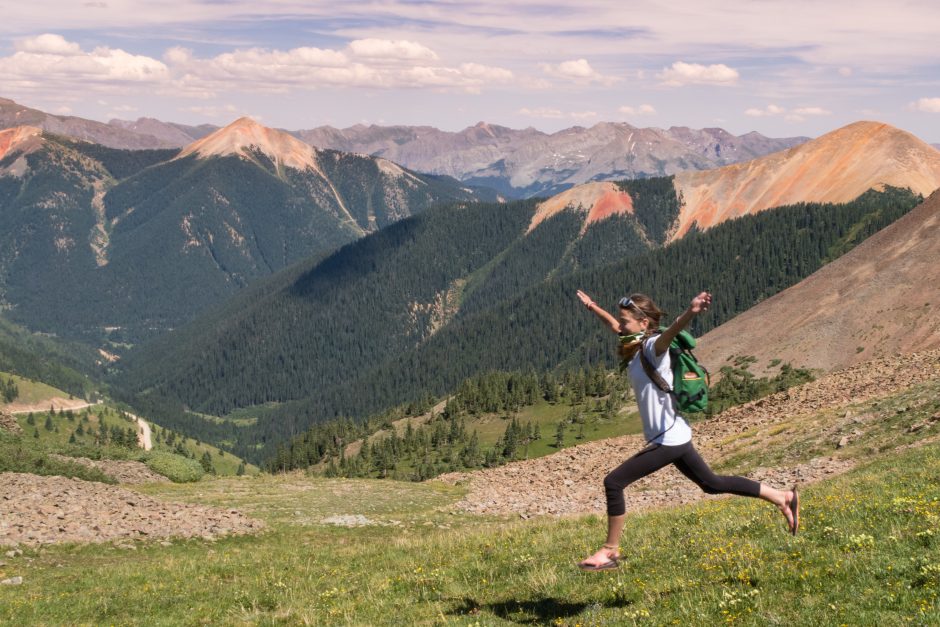 Occasionally I’ll touch on a subject that strikes a nerve with readers near and far. This post {You’re Not Better Than Anyone} was one of those times. Readers emailed, commented, shared, and left me notes on Facebook. And truly, I appreciate it when I receive that kind of response. After seeing so much negativity towards “others” in the outdoor space, I was starting to think that I was the only one feeling the way that I do.

Thankfully, that’s not the case. Many of you chimed in agreement. Blog comments were the most supportive:

I was also both humbled and flattered to see that Warren Miller skier Julian Carr agreed with me {and that he somehow stumbled on my lil’ blog!}:

That said, it’s really easy to pretend that everyone agreed with me and that unicorns and rainbows filled the sky that day. Obviously, that wasn’t the case {but if someone does find a unicorn, will you please let me know?!} Some people agreed with my sentiment but believed me to be guilty of that which I was ranting against:

I was curious to continue this conversation because I truly don’t believe that I am a culprit of this on “several occasions” as the commenter suggested. As I explained in my comment, there was one instance so I wondered if that single occasion was the episode in question. But more importantly, the comment by Gauax begged the question: if someone shares 85% of the locations or trails or campsites but leaves the other 15% to him/herself, is it fair to call that snobbery? Is that considered “hogging all the good stuff”? Personally, I don’t think so but I’d love to hear your thoughts.

Gauax wasn’t the only one who took offense at my writing. A couple readers disliked when I wrote, “Think back to your early-outdoors self: you probably dressed in cotton, maybe wore a pair of jeans on your first hike, and carried a water bottle in your hand. You still learned what you were doing; you evolved. Why can’t we assume the same for everyone?”

Here is the thing: I am an incredibly sensitive person in real life {I scored an 86% on “feeling” on the Myers-Briggs personality test, if that’s any indication!} so I truly, honestly take it to heart when I read comments like what Sarah wrote. Was I inadvertently being a jackass?

But then I read through other comments that said the complete, exact opposite.

It’s times like these that I have to remember that not everyone is going to agree. We all have different opinions and perspectives and see things in a different way. In a sense, that was the point of my original post, but the small “hiking in jeans” excerpt appears to be a microcosm of the bigger picture. I saw {and wrote} it meaning one thing but others interpreted it differently. At some point, I have to understand and accept that the cookie crumbles in many different ways…still working on that.

And of course, there were some people who just flat-out disagreed with me. {Warning: couple of F-bombs dropping!}

{It was a long comment, so I truncated it. If you want to read the entire thing, it’s over on the original post.}

Like I mentioned above, the comment originally bothered me. But then I sat on Jill’s words for a day or two {always the best reaction when you’re ‘made of butter’ like me!} and re-read her comment. I know Jill a bit from ’round the internet and she is an awesome woman. Still, I largely disagree….and that’s life.

More and more, I am realizing that there are plenty of people out there like Jill who just simply disagree with me. Some of them believe that the up-and-coming generations have “gone soft”; if we had to work crazy hard to learn these skills and discover these outdoor places, the next crop should have to put in that same sweat equity. And to some extent, I get it. I understand. But all too often, I’m seeing a backward slide into a “they don’t deserve it” mentality, and that’s where I struggle.

Just a few of many comments I receive while sharing outdoor info. Guess Jill Wolf doesn’t know me as well as she thinks she does since I was born a whopping 20 minutes down the road 😉

In my opinion, introducing more people to The Great Outdoors is the best way to preserve it for the future. After all, it’s the younger generations that will be in charge of conservation and stewardship once I’m long gone and turned to dust. Let’s teach them how to treat it with respect to ensure its longevity. If we continue to force them out or insist that they don’t deserve to be here, it is likely that they will wash their hands of it all. Why should they advocate for that which refuses to welcome them?

#WildWomensProject: A Weekend with Inspiring Females